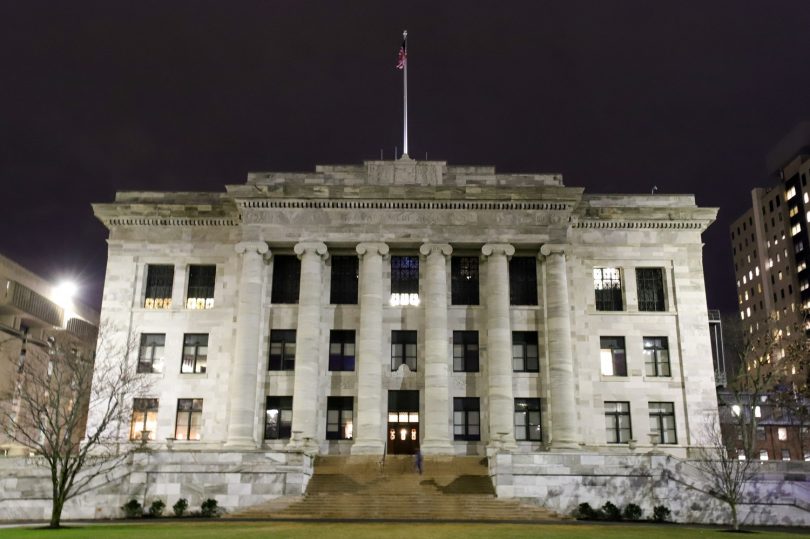 In late February, the University announced it would partner with a Chinese research institute to study various aspects of the novel coronavirus. Funded by Fortune Global 500 company China Evergrande Group, the partners will share $115 million over the next five years.

The partnership — which the Medical School made with the Guangzhou Institute for Respiratory Diseases in late February — was born out of an appeal for help that Hui Ka Yan, the chairman of the Evergrande Group, made to the University. According to Daley, Yan contacted Harvard after attempts between the United States and China to collaborate on solutions to the COVID-19 outbreak proved “difficult.”

“It led to this extraordinary transnational collaboration which has emerged as, I think, one of the most heartening aspects of this healthcare crisis,” he added.

Daley said he discussed the collaboration with Anthony S. Fauci, the head of the National Institutes of Allergy and Infectious Disease and a member of the White House’s coronavirus task force.

“What I learned was that there was a tremendous outpouring of interest on the part of the CDC and the U.S. federal government to support efforts in China,” Daley said. “But because of the tensions between the two countries, that was proving difficult.”

“At the time, we were launching our own engagement after being sought out by colleagues in China, and he endorsed that,” he added.

Daley observed that, as coronavirus cases in the United States have surged in recent weeks, the partnership has proven to be mutually beneficial for the two nations. The United States is currently beset by more confirmed cases of the virus than any other country in the world.

“Initially, the Chinese were reaching out to us for help,” Daley said. “And now, some two months later, the tables have turned, and we’re actually now seeking help from them.”

“The Chinese have shared with us their hard-won knowledge about the early phase of this epidemic in China,” Daley said. “They’ve taught us about diagnostics, they’ve given us enormously powerful information about the clinical management of the severest patients so that our clinicians can be ready to give the best care because we’re learning from the challenges that the Chinese physicians have faced.”

In an effort to involve scientists across the state, the Harvard researchers recently formed a Massachusetts Consortium on Pathogen Readiness. The consortium aims “to develop and invest in both the research process and supporting infrastructure to address the current global COVID-19 pandemic, and better position the Consortium for potential future outbreaks,” according to the group’s website.

Among its initial efforts, the consortium has created Evergrande COVID-19 Response Fund Awards to facilitate coronavirus-related research, accepting applications from clinicians and scientists across Massachusetts.

Harvard Medical School professor Bruce D. Walker, who co-leads the consortium, said even with a short one-week deadline, the group still received almost 450 applications for the awards. Walker said that though many of the applications are “scientifically really meritorious,” the consortium does not have enough funds to support all the projects.

He said the philanthropic funds MassCPR has received have been “transformational,” but noted that the consortium needs to identify additional sources of funds.

“They helped us to form the MassCPR and give the MassCPR legs,” Walker said. “We just want to make sure those legs are running, that there are as many of those legs as possible, and they’re running as fast as they can.”

Sharpe praised the broad range of issues the groups are aiming to address.

“There’s a therapeutics working group that is looking at repurposing drugs that exist, like remdesivir,” she said. “They’re also using a variety of screening approaches to identify new antivirals that might have an impact more quickly than a vaccine.”

Sharpe said the working groups draw their co-leaders from different institutions across Massachusetts, adding that the groups have also recently integrated members from the Guangzhou Institute to participate.

“Now with the integration from the [Guangzhou Institute], that’ll lead to more specific collaborations,” Sharpe said. “But with the system moving forward so quickly, it’s definitely a work in progress.”

For the Medical School, international collaborations extend beyond China, according to Daley. He said he has consulted with colleagues and former trainees based in countries such as Italy, Germany, and Switzerland on responses to the pandemic.

“It’s just been an extraordinary learning experience,” Daley said. “We’re all facing the same enemy, and it’s bringing us all together as one world community.”

“It shows that science and human health transcend politics,” he added.