As the United States works overtime to screen thousands for the novel coronavirus, a new blood test offers the chance to find out who may have immunity – a potential game changer in the battle to contain infections and get the economy back on track.

Several academic laboratories and medical companies are rushing to produce these blood tests, which can quickly identify disease-fighting antibodies in people who already have been infected but may have had mild symptoms or none at all. This is different from the current, sometimes hard-to-come-by diagnostic tests that draw on a nasal swab to confirm active infection.

“Ultimately, this (antibody test) might help us figure out who can get the country back to normal,” Florian Krammer, a professor in vaccinology at Mount Sinai’s Icahn School of Medicine, told Reuters. “People who are immune could be the first people to go back to normal life and start everything up again.”

Krammer and his fellow researchers have developed one of the first antibody tests in the United States for COVID-19, the disease caused by the new coronavirus. Krammer said his lab is busy distributing key ingredients for the tests to other organizations and sharing the testing procedure. He is transferring the work to Mount Sinai’s clinical lab this week so it can begin testing patient samples.

Several private companies have begun selling blood tests for COVID-19 antibodies outside the United States, including California-based Biomerica Inc (BMRA.O) and South Korean test maker Sugentech Inc (253840.KQ). Biomerica said its test sells for less than $10 and the company already has orders from Europe and the Middle East. Chembio Diagnostics Inc CMI.O of New York said it received a $4 million order from Brazil for its COVID-19 antibody test, and it plans a study of the test at several sites in the United States.

Such tests are relatively inexpensive and simple, usually using blood from a finger prick. Some can produce results in 10 to 15 minutes. That could make ramping up screening much easier than for diagnostic tests.

Many questions remain, including how long immunity lasts to this new virus, how accurate the tests are and how testing would roll out, according to researchers and infectious disease experts. For now, the number of people who have been able to fight off the virus is unknown.

If testing goes forward on a wider scale, some public health experts and clinicians say healthcare workers and first responders should take priority.

Detecting immunity among doctors, nurses and other healthcare workers could spare them from quarantine and enable them to keep treating the growing surge of coronavirus patients, they say. It could also bolster the ranks of first responders, police officers and other essential workers who have already been infected and have at least some period of protection from the virus, the experts say.

“If I ever get the virus and then get over it, I’ll want to get back to the front lines ASAP,” said Dr. Adams Dudley, a pulmonologist and professor at the University of Minnesota School of Medicine. “I would have a period in which I am immune, effectively making me a ‘corona blocker’ who couldn’t pass the disease on.” 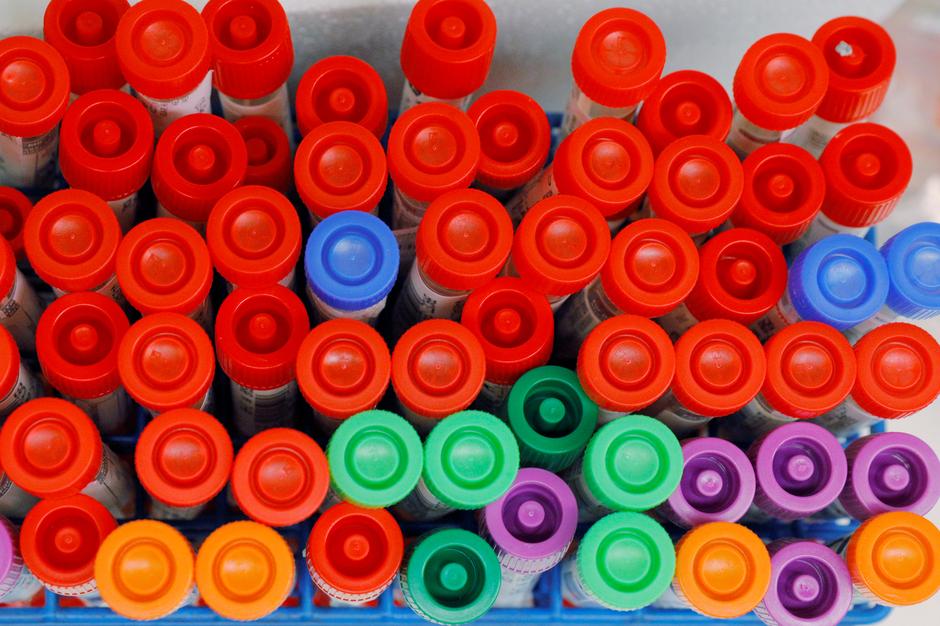 ‘VERY ATTRACTIVE’
Other workers sidelined by lockdowns also could potentially return to their jobs, providing a much-needed boost to the foundering U.S. economy. The number of Americans filing for unemployment benefits has soared, and business activity slumped to a record low this month as the pandemic battered the manufacturing and service sectors.

Dr. William Schaffner, a professor of infectious diseases at the Vanderbilt University School of Medicine, said companies, schools, colleges, and professional sports teams could all flock to these tests. He also said a broad sample of testing could give a governor or mayor enough confidence to lift certain restrictions on businesses and schools if there is a strong level of immunity.

“These tests would be very attractive if they’re cost-effective, readily available and easy to do,” he said.

Tony Mazzulli, the chief microbiologist with Toronto’s Sinai Health System, sounded a note of caution. It is uncertain whether antibodies would be sufficient protection if a person were to be re-exposed to the virus in very large amounts. That could happen in an emergency room or intensive-care unit, for instance.

The timing of a return to work and normal life also matters, he said. Some people who have antibodies to the virus could still be contagious, even if their symptoms have eased. Patients begin to make antibodies while they are still sick, Mazzulli said, and they continue to shed the virus for a few days after they have recovered.

It would be “a bit premature” to use the tests to make staffing decisions now, Mazzulli said. “The hope is … (antibodies) do confer protection and they can go to work, ride the subways, whatever they do. But there’s no guarantee.”

Meantime, at the Mayo Clinic MAYO.UL in Rochester, Minnesota, researchers are preparing to start a clinical trial in which patients who test positive for COVID-19 would have their blood collected at the time of diagnosis, and again 15 to 20 days after that in the patient’s home.

The trial is designed to show when people who have COVID-19 infections “seroconvert” – when antibodies produced by the body begin to show up in blood tests. That information will be useful in determining the best time to conduct the tests.

“You don’t want to do it too soon because of the risk of false negatives,” said Elitza Theel, director of Mayo’s Infectious Diseases Serology Laboratory.

Mayo also is evaluating the performance of antibody tests from several companies, including two from China.

The U.S. Centers for Disease Control and Prevention said it is working on its own version of antibody tests, but it has not given a timetable. The agency has said extensive research is underway. One challenge for the CDC and other labs is to get enough blood samples from people who have already been infected to verify the antibody results.

The agency faced heavy criticism for sending a faulty diagnostic test to state and local labs early in the coronavirus epidemic and then taking weeks to fix it. The federal government is still trying to expand diagnostic testing capacity.

MONTHS OF IMMUNITY
The potential for antibody testing arises as U.S. President Donald Trump is considering scaling back “social distancing” and stay-at-home advisories in the weeks ahead. His political allies argue that the toll on the U.S. economy is too severe. About half of Americans have been ordered to shelter in place as many schools and businesses remain shuttered indefinitely.

On Tuesday, Trump said: “I would love to have the country opened up and just raring to go by Easter.”

Reopening offices and businesses without fear of triggering more infections, however, has been complicated by the lack of testing to diagnose COVID-19 cases across much of the country.

On Monday, Dr. Deborah Birx, a member of the White House coronavirus task force, said simple, finger-prick antibody tests could play an important role, and she suggested the federal government is not waiting on the CDC’s version.

“Some are developed now. We are looking at the ones in Singapore,” Birx said Monday at a White House press briefing. “We are very quality-oriented. We don’t want false positives.”

False positives are erroneous results that, in this case, could lead to a conclusion that someone has immunity when he or she does not.

Researchers at the Duke-National University of Singapore Medical School said they quickly developed one antibody test that had about 90% accuracy and later introduced a more sophisticated version that was more reliable, according to a report in the Straits Times of Singapore.

Infectious disease experts say immunity against COVID-19 may last for several months and perhaps a year or more based on their studies of other coronaviruses, including Severe Acute Respiratory Syndrome (SARS), which emerged in 2003. But they caution that there is no way to know precisely how long immunity would last with COVID-19, and it may vary person to person.

“You are likely to have immunity for several months,” said Dr. Stanley Perlman, a professor of microbiology and immunology at the University of Iowa. “We just don’t know. This is an incredibly important question.”

Perlman said many of the new antibody tests coming on the market now may be highly effective, but researchers want to see data to back that up.

“You want them to be sensitive enough to detect everyone who has had the infection,” Perlman said, “but not so nonspecific that you are picking up other coronaviruses.”