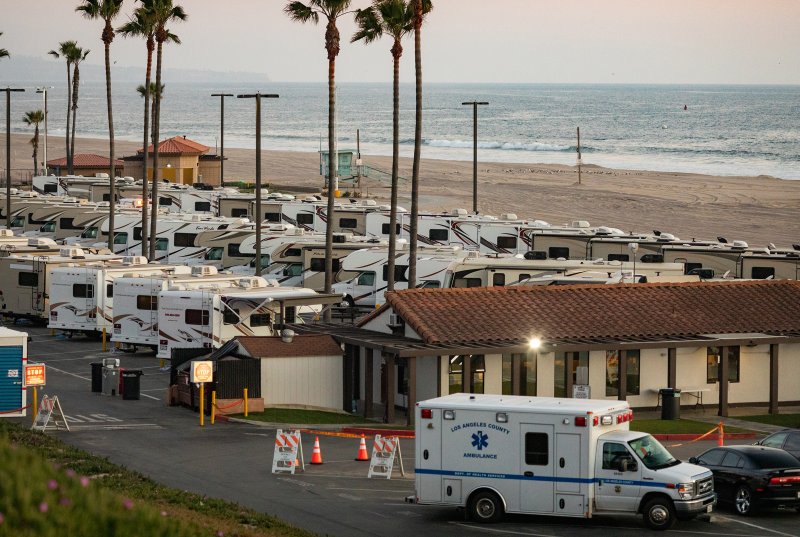 Last week, a story about a teenager in Lancaster, California, who appeared to have died from COVID-19 after an urgent care clinic denied him treatment because he didn’t have health insurance, ripped through social media. The story was covered by dozens of news outlets, earned thousands of anguished tweets, and quickly became a symbol of Americans’ fears and the failures of the U.S. health care system.

But the truth, it turns out, is more complicated.

When Los Angeles County Public Health Officials initially announced the 17-year-old’s death on March 24, he was believed to be the first teenager in the country to die from complications of COVID-19. The next day, Lancaster Mayor R. Rex Parris said in a YouTube video that the teen had tried to go to an urgent care clinic and was turned away because he did not have insurance.

But in an interview with TIME nearly a week later, Parris explained that there had been a misunderstanding, fueled in part by a language barrier, since the boy’s father speaks English as a second language. A few days after Parris made the YouTube video, he spoke with the father and learned that the family in fact did have insurance, Parris explained. He posted the update to his Facebook page, where dozens of commenters weighed in thanking the mayor for keeping the city informed.

“The boy’s brother called Kaiser and told them the symptoms. They said don’t bring him here, take him to the [Antelope Valley] hospital, which was what they should have done,” Parris said in a phone interview on March 30. “Then he coded on the way there. They worked on him for six hours in the emergency room and they just couldn’t get him back.”

So the story that had gone viral simply wasn’t true: the teenager did not go to an urgent care clinic and he wasn’t uninsured. But one reason the story exploded on social media is that it felt emblematic of a broader, societal failing because it easily could have been true. It’s true, after all, that urgent care clinics in this country can legally deny treatment to anyone who doesn’t have insurance. And it’s true that more than 27 million Americans are uninsured.

“Unless you’re running an emergency room that’s subject to EMTALA, which is the Emergency Medical Treatment and Labor Act, you don’t have to treat someone that you don’t want to treat,” says Tom Baker, an expert on insurance law at the University of Pennsylvania Law School. The EMTALA prevents certain health care providers from abandoning patients in emergency situations or if they are about to give birth.

Denying care in other situations may be legal, Baker adds, but that doesn’t mean it’s ethical.

And that gap between what’s moral and what’s legal matters, says Michelle Mello, a professor of law and medicine at Stanford University. “I think it is morally blameworthy in the extreme to have a system where people are turned away for care because of inability to pay,” she says. “It is a system-wide problem. And there’s nothing new about this. People have this problem every day of every year.”

The COVID-19 pandemic merely underscores the ways in which barriers to medical care can be not only devastating to an individual, but also to society at large. “Before, [uninsured people] just were unfortunate in that they had a chronic health condition or an acute health condition or injury. You know, too bad they didn’t get insurance so too bad for them,” Mello says. “Well, now it’s too bad for all of us.” When people can’t get care, they can help to spread an infectious disease.

The last part of the viral story of the uninsured teen who died of COVID-19 is also under now uncertain. It’s unclear if COVID-19 is what actually killed him.

After initially announcing the teenager’s death as part of its COVID-19 updates, Los Angeles County Public Health officials backtracked and said they were asking the Centers for Disease Control and Prevention to investigate the cause of death. “Though early tests indicated a positive result for COVID-19, the case is complex and there may be an alternate explanation for this fatality,” the Los Angeles County Public Health Department said on March 24. “Patient privacy prevents our offering further details at this time.”

The Los Angeles County Public Health Director Barbara Ferrer has since said the county is no longer counting the 17-year-old in its tally of coronavirus deaths. The LA County Health Department did not respond to a request for comment.

In the meantime, Parris says the teen’s father has been informed that the rest of the family, which is self-quarantining, may have COVID-19 as well. Now one of the teen’s former classmates is sick, too, he says.

The mayor believes the county’s actions have added to the confusion and are harming public trust. “Our biggest concern is why the secrecy,” Parris says. “There can be concurrent causes. But that doesn’t mean you strike somebody off the list. And what they have never said to us is that the [positive COVID-19] test was wrong.”

Other countries like China and Russia have denied that some people have died from COVID-19 even when they test positive. And earlier this year, President Trump also played down the number of cases in the United States. But now that the U.S. has the highest number of cases in the world and the disease continues to spread, Parris says his residents, and people across the country, need transparency.

“I’ve got 170,000 people in the city. 170,000 souls are our—mine and the council’s—responsibility,” Parris says. “And it is very hard to do this job without accurate information.” During a pandemic, everyone needs to be able to trust public health officials to disseminate honest, accurate and up-to-the-minute information, he added.