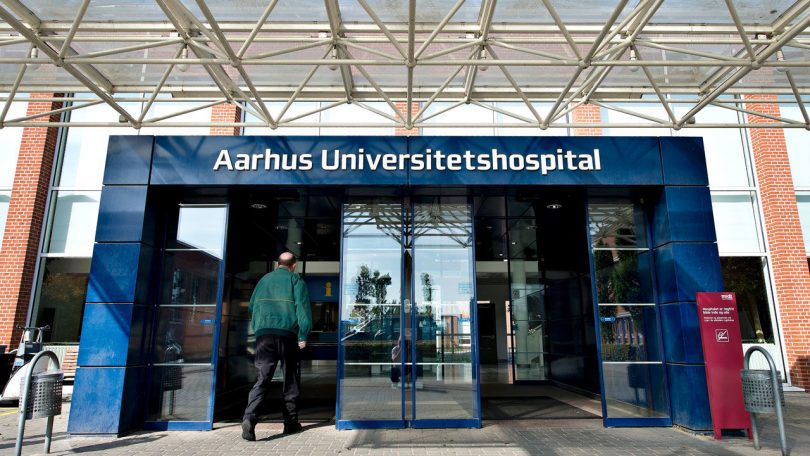 In another example of the blinding speed at which science is moving during the pandemic era, researchers at Aarhus University in Denmark will start a clinical trial of a drug named camostat mesylate tomorrow—barely 1 month after a Cell paper showed the compound can prevent the novel coronavirus, SARS-CoV-2, from entering human cells.

“If we are to have an impact on the rising epidemic, then we have to act right now,” says Ole Søgaard, the infectious disease physician leading the study.

One reason the Danish researchers can act so fast is that camostat mesylate is already licensed in Japan and South Korea to treat pancreatitis, a potentially fatal inflammation of the pancreas. Enough safety data were available to convince an ethical panel to greenlight the trial.

The trial also illustrates a new approach to combatting the virus. Thousands of researchers around the world are investigating existing drugs as potential therapies for COVID-19, most of them looking at antivirals, such as remdesivir, developed to treat Ebola, or Kaletra, a combination drug against HIV. But Nevan Krogan, a molecular biologist at the University of California, San Francisco, sees another opportunity: “The virus can’t live by itself, right? It needs our genes and proteins in order to live and to replicate.” Camostat mesylate is one of several candidate drugs that block those interactions. They don’t target the virus, but us, the host.

To identify these drugs, scientists study the complicated molecular dance that happens between a virus and its host cells. For instance, from past work, researchers know in detail how other coronaviruses—those that cause severe acute respiratory syndrome and Middle East respiratory syndrome—infect a cell. First, a protein on the viral surface called the spike attaches to a receptor on the human cell called ACE2. Then, another human protein, TMPRSS2, cleaves the spike protein, allowing the virus to fuse with the cell and start to replicate inside it.

Camostat mesylate blocks TMPRSS2; in the Cell paper, molecular biologist Stefan Pöhlmann of the German Primate Center and other researchers showed the drug kept SARS-CoV-2 from infecting lung cells in the lab. TMPRSS2’s normal role in the human body is unclear, Pöhlmann says. Knocking out the gene in mice seems to leave them unaffected.

Patients in the Danish trial will be given two 100-milligram pills of the drug or a placebo three times a day for 5 days, the maximum dose given to patients with pancreatitis in Japan, and their symptoms will be monitored. Whether the drug will reach the lung cells that the virus targets is a big question. “We can only hope that is the case,” Pöhlmann says.

The Danish researchers are planning to include 180 patients, with a first analysis planned after 108 have completed the study, including a 1-month follow-up. The team could know whether the drug is effective within 3 months, says Mads Kjølby, a researcher at Aarhus University who is also involved in the trial.

Krogan’s lab started work on 24 January, 2 weeks after the first SARS-CoV-2 genetic sequence became available. A few days later, when it became clear the virus was already spreading in California, Krogan realized time was running out. “I went into the lab and I told everybody to stop what they were doing and work around the clock on this,” he says. The lab produced the last bits of data a few hours before his university shut down on 18 March. “It was a huge race against time.”

In a preprint first posted on bioRxiv on 22 March, Krogan and a team of dozens of international collaborators presented their results: 332 human proteins that SARS-CoV-2 appears to target. “The virus gets its fingers in most of the major biological processes,” Krogan says, including DNA replication, vesicle trafficking, and the cytoskeleton.

The virus can’t live by itself, right? It needs our genes and proteins in order to live and to replicate.

For many of the proteins, “There is no clear explanation why the virus would need them,” says co-author Marco Vignuzzi, a virologist at the Pasteur Institute in Paris. Some may simply be false hits. But many human proteins have several functions, not all of which are known. “The virus might be using a secondary use for a protein or even hijacking it and making it do things it doesn’t normally do,” Vignuzzi says.

Scouring the literature and asking scientists around the world, the team also identified 69 drugs that act on 66 of these proteins. They include camostat mesylate and a closely related compound called nafamostat that also acts on TMPRSS2 but is given intravenously. Another one is chloroquine (and its sister compound hydroxychloroquine), a drug that has garnered a lot of attention but whose effectiveness against COVID-19 is as yet unproved. Chloroquine reduces the acidity in endosomes, compartments that cells use to ingest material from the outside and that coronaviruses can use instead of the ACE2 receptor to enter a cell.

A new line of attack

Camostat mesylate—one of many types of COVID-19 treatments under study—targets a human protein named TMPRSS2 that helps the virus enter a human cell. Its normal function in the cell is unknown.

Now, just over 1 week after Krogan’s team assembled its list, scientists are starting to test all of the drugs in cell culture, including several cancer drugs and haloperidol, a compound used to treat schizophrenia. “It’s an important dataset,” says John Young, global head of infectious diseases at Roche Pharmaceutical Research and Early Development, which is funding some of Krogan’s work. “Every company in the world right now is looking at that data set and thinking about what it might mean for therapeutics.”

Young cautions that host-directed drugs are more likely to do harm than therapies that target the virus directly. “Because you’re hitting a host target, hitting a host function, there’s an increased safety risk.” Krogan hopes focusing on drugs already approved for other diseases, such as camostat mesylate, will largely bypass that problem.

On the other hand, the virus may be less likely to develop resistance to these therapies, because the targeted proteins are encoded in the human genome and not that of the virus. (Resistance is a major problem with antivirals for HIV, influenza, and other diseases.) If researchers manage to target a human protein that’s central in coronavirus infections in general, it could even lead to a broader therapeutic, Krogan says. “Then you would also have a treatment for COVID-22 or COVID-24 or whatever virus comes.”

If any leads look promising in the lab, they could soon enter clinical trials as well. Of the 69 drugs, 27 are already approved, 14 are in clinical trials, and 28 are in preclinical tests. Most of the newly identified drugs will probably hinder the virus, says Stanley Perlman, a coronavirus researcher at the University of Iowa. “That may be useful. But similar to remdesivir, they probably have to be used early during the infection, or they won’t help much,” he says.

Perlman says combining such drugs with another type of host-directed treatment that dampens the immune system may be the way to go. That approach may sound paradoxical, but the immune system itself may cause much of the damage to the lungs of COVID-19 patients as it fights the infection, says Susanne Herold, an expert on pulmonary infections at the University of Giessen in Germany. “If you knock down the virus without the host immune response, you may not change anything,” Perlman says. “If you knock down the host immune response without the virus, you can enhance virus replication, which would be a problem.”

Researchers are looking at several compounds to lessen the immune response. They are trying to find out, for instance, whether using antibodies to block interleukin 6 or complement component 5, two signaling molecules that play a role in the human immune defense, can help patients. The danger is that dampening the immune system could make patients susceptible for other infections, Herold notes—for instance bacterial infections of the lung.

Regardless of how many of these approaches will bear fruit, the spirit of collaboration and the speed of discovery have been a positive signal in dark times, says Krogan. “We [downloaded] the sequence on January 24, and two months later we are testing drugs in Paris,” he says. “It’s just surreal.”