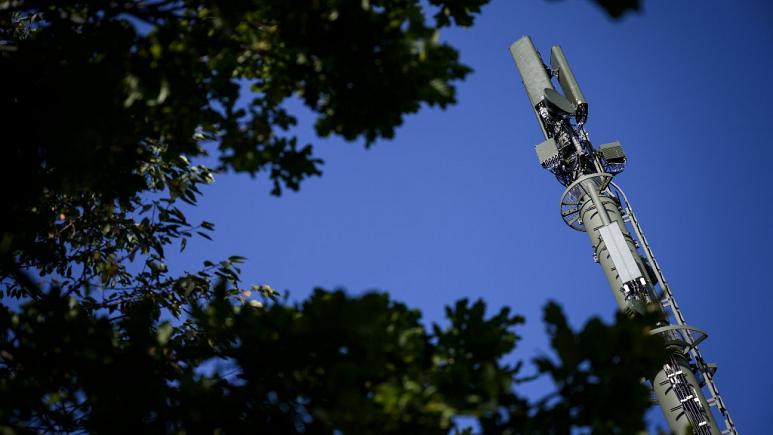 An amalgamation of the historic health crisis and the economic impact from coronavirus has now ground a halt to the potential roll out of 5G mobile technology in parts of Europe.

The EU had initially set the cut-off date for member states to take “concrete and measurable steps” to implement the latest generation of mobile networks to June 30 – but this will now have to wait.

It comes after the cancellation of the Mobile World Congress in Barcelona last month – where the technology was set to be launched to the world – which, perhaps, set a precedent for what was about to come.

COVID-19 has led to the delay of frequency auctions for 5G networks across much of Europe.

In France, such auctions were scheduled for mid-April but have been postponed until further notice.

Spain also told the EU that it would postpone auctions for reasons of “force majeure”, without suggesting a new schedule.

Delays in Austria, Portugal and the Czech Republic have been reported, too.

Huawei, the company in the midst of a commercial offensive to install its network, has recognised the current situation will delay deployment of the technology; however, its president, Eric Xu, has taken the opportunity to give it a commercial push.

He declared that 5G technology would be of great help to ensure connectivity during the crisis, in which internet use has grown exponentially.

The United States may have closed its markets to Huawei – with persuasions to other countries to follow suit – but the EU decided in January it would leave the door open to the Chinese mobile giant if it were to meet the bloc’s strict restrictions.

Meanwhile, the United Kingdom also saw a push through parliament in favour of a blockade, but it did not succeed. Although, like the EU, it has imposed some restrictions on the company.

The economic benefits of this technology are anticipated to be enormous, according to a study published by the European Commission.

The deployment of 5G in the automotive, health, transport and supply sectors alone are estimated to hit €62.5 million of annual direct impact within the EU in 2025.

This is a volume that would rise to €113 million when taking into account any indirect impacts, according to the forecasts mentioned in the report.

The promoters of 5G promise a technological revolution similar to that brought by the internet, with a world of hyperconnected objects at breakneck speeds.

Impact of 5G on health and the environment

The International Commission on Protection against Non-Ionizing Radiation (ICNIRP), a Germany-based body, said in early March that it believed there was no evidence that 5G poses a health risk.

It considered the possible effects that high-frequency waves emitted could have on skin and corneas by looking at the heat it generated.

The Spanish Scientific Advisory Committee on Radiofrequencies and Health (Ccars) also reached the same conclusion in a report; however, it said this would need to be “reviewed in the light of scientific evidence.”

Meanwhile, the World Health Organisation said: “To date, and after many investigations, no adverse health effect has been related to exposure to wireless technologies,” but also acknowledged there were not many studies looking into the specific frequency used by 5G.

Further to this, a global movement over the deployment of 5G continues to be strongly opposed.

On January 25, scientists, doctors and citizens from 190 countries made a symbolic call to the main international institutions to stop the development of the network.

Citizen pressure slows deployment in Switzerland, while France is on hold

Citizen protests and political opposition have led to Switzerland halting the installation of 5G antennas in parts of the country until there is more data on the real impact on health.

The Swiss currently have licences to deploy 5G technology worth €357 million, but it was eventually decided to apply moratoriums to the installation of new antennas, and abandon directives that would allow the network capacity to increase.

The first antennas were installed exactly a year ago. Swisscom, one of the three licensed operators, ensured that 90% of the country already enjoys this new technology.

In France, the matter is in the hands of the Council of State, which rejected a request from various associations to urgently suspend the deployment.

The Council is expected to give its non-binding verdict in the summer months.

A difficult debate with no clear way out

The World Health Organization has clarified that its conclusions on radiation “are drawn from studies carried out throughout the radio spectrum, but that so far few studies have been carried out on the frequencies used by 5G.”

This is an explanation that leaves the door open to speculation.

“Saying that electromagnetic radiation is harmless is just as false as saying that it causes cancer or electromagnetic hypersensitivity,” says Alberto Nájera, a doctor in Radiology and Physical Medicine at the Faculty of Medicine of the University of Castilla La Mancha on his blog.

This, according to the agency’s classification, means there could be some risks, and calls for this to be monitored closely.