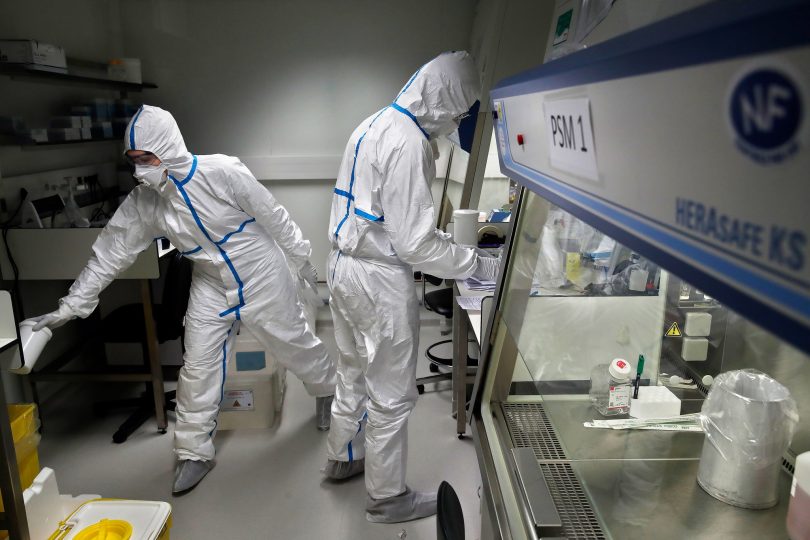 Never before, scientists say, have so many of the world’s researchers focused so urgently on a single topic. Nearly all other research has ground to a halt.

The world’s scientists, for the most part, have responded with a collective eye roll.

“That isn’t how things happen,” said Adrian Hill, the head of the Jenner Institute at Oxford, one of the largest vaccine research centers at an academic institution.

While political leaders have locked their borders, scientists have been shattering theirs, creating a global collaboration unlike any in history. Never before, researchers say, have so many experts in so many countries focused simultaneously on a single topic and with such urgency. Nearly all other research has ground to a halt.

Normal imperatives like academic credit have been set aside. Online repositories make studies available months ahead of journals. Researchers have identified and shared hundreds of viral genome sequences. More than 200 clinical trials have been launched, bringing together hospitals and laboratories around the globe. 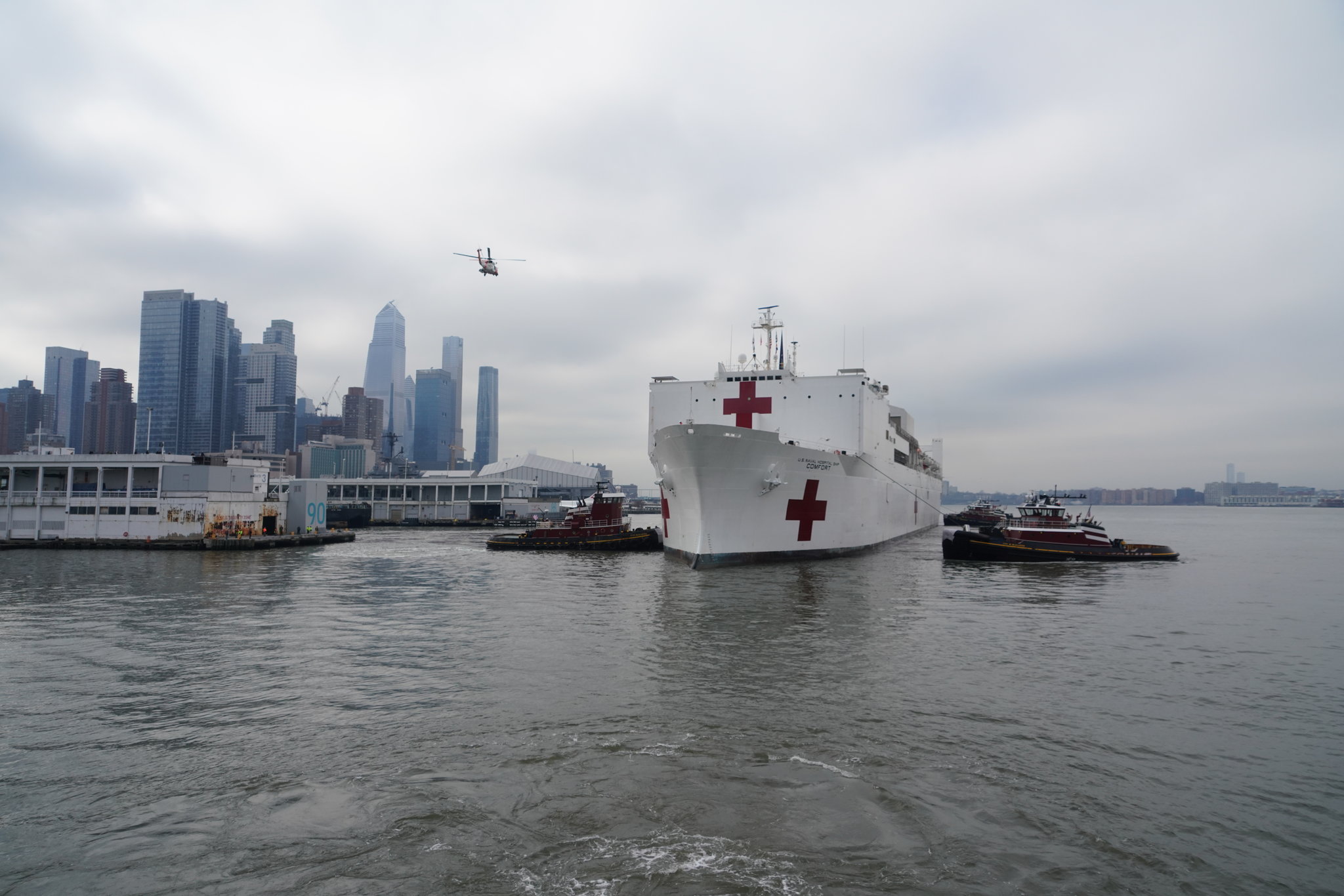 On a recent morning, for example, scientists at the University of Pittsburgh discovered that a ferret exposed to Covid-19 particles had developed a high fever — a potential advance toward animal vaccine testing. Under ordinary circumstances, they would have started work on an academic journal article.

“But you know what? There is going to be plenty of time to get papers published,” said Paul Duprex, a virologist leading the university’s vaccine research. Within two hours, he said, he had shared the findings with scientists around the world on a World Health Organization conference call. “It is pretty cool, right? You cut the crap, for lack of a better word, and you get to be part of a global enterprise.”

For Mr. Trump, the unabashedly “America First” president, Dr. Duprex and other American scientists represent the world’s best hope for a vaccine. “America will get it done!” the president declared.

….Together we are putting into policy a plan to prevent, detect, treat and create a vaccine against CoronaVirus to save lives in America and the world. America will get it done!

But trying to sew a “Made in the USA” label onto scientific research gets complicated.

Dr. Duprex’s lab in Pittsburgh is collaborating with the Pasteur Institute in Paris and the Austrian drug company Themis Bioscience. The consortium has received funding from the Coalition for Epidemic Preparedness Innovation, a Norway-based organization financed by the Bill and Melinda Gates Foundation and a group of governments, and is in talks with the Serum Institute of India, one of the largest vaccine manufacturers in the world.

Vaccine researchers at Oxford recently made use of animal-testing results shared by the National Institutes of Health’s Rocky Mountain Laboratory in Montana. 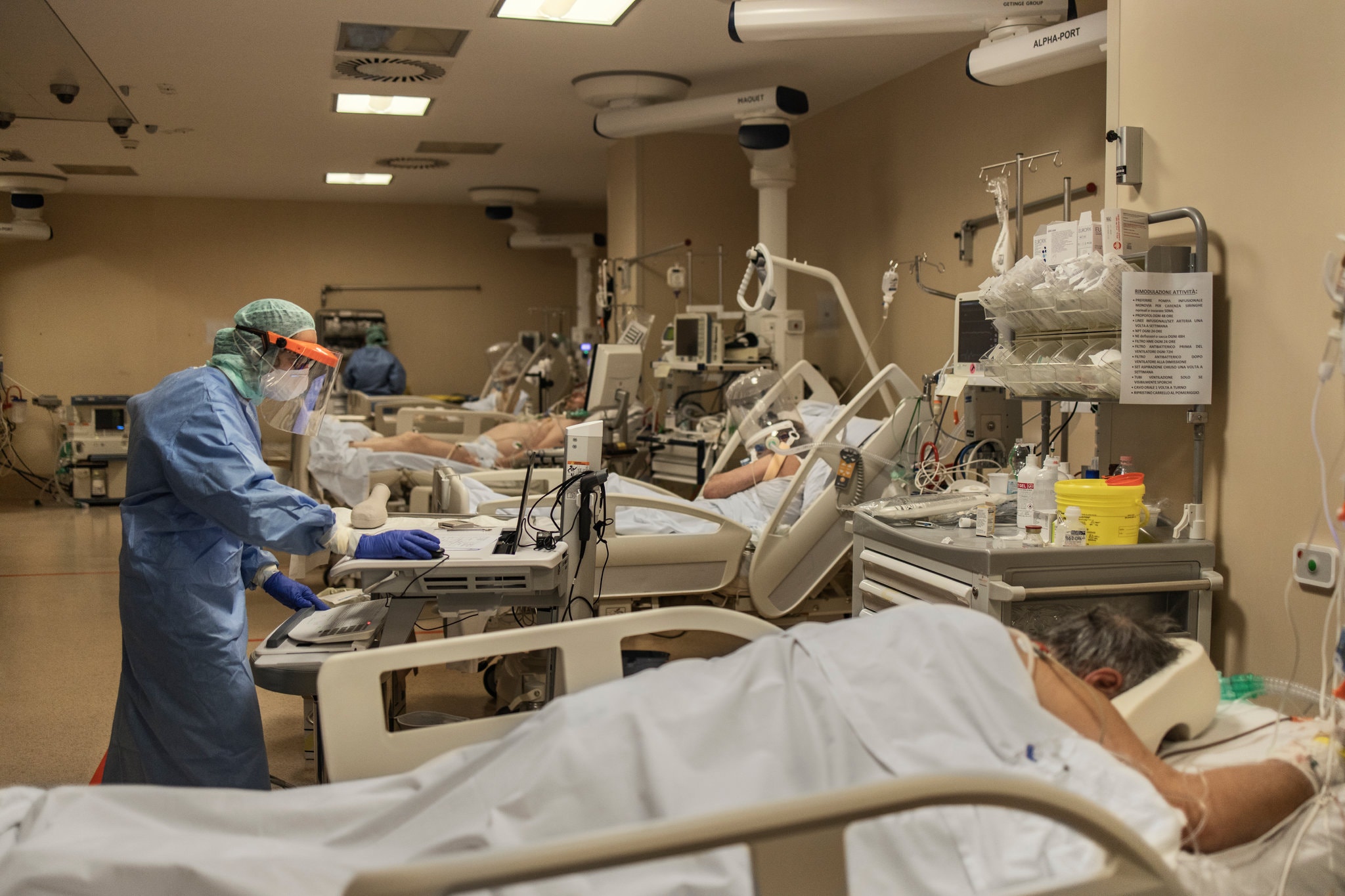 Separately, the French public-health research center Inserm is sponsoring clinical trials on four drugs that may help treat Covid-19 patients. The trials are underway in France, with plans to expand quickly to other nations.

In some ways, the coronavirus response reflects a medical community that has long been international in scope. At Massachusetts General Hospital, a team of Harvard doctors is testing the effectiveness of inhaled nitric oxide on coronavirus patients. The research is being carried out in conjunction with Xijing Hospital in China and a pair of hospitals in northern Italy. Doctors in those centers have been collaborating for years.

But the coronavirus has ignited the scientific community in ways that no other outbreak or medical mystery has before. That reflects the scope of the pandemic and the fact that, for many researchers, the hot zone is no longer an impoverished village in the developing world. It is their hometowns.

“This is playing at home,” said Professor Hill, of Oxford. He has worked on vaccines for Ebola, malaria and tuberculosis, diseases that have been most prevalent in Africa. “But for Covid, it is happening right here.”

Several scientists said the closest comparison to this moment might be the height of the AIDS epidemic in the 1990s, when scientists and doctors locked arms to combat the disease. But today’s technology and the pace of information-sharing dwarfs what was possible three decades ago.

As a practical matter, medical scientists today have little choice but to study the coronavirus if they want to work at all. Most other laboratory research has been put on hold because of social distancing, lockdowns or work-from-home restrictions. 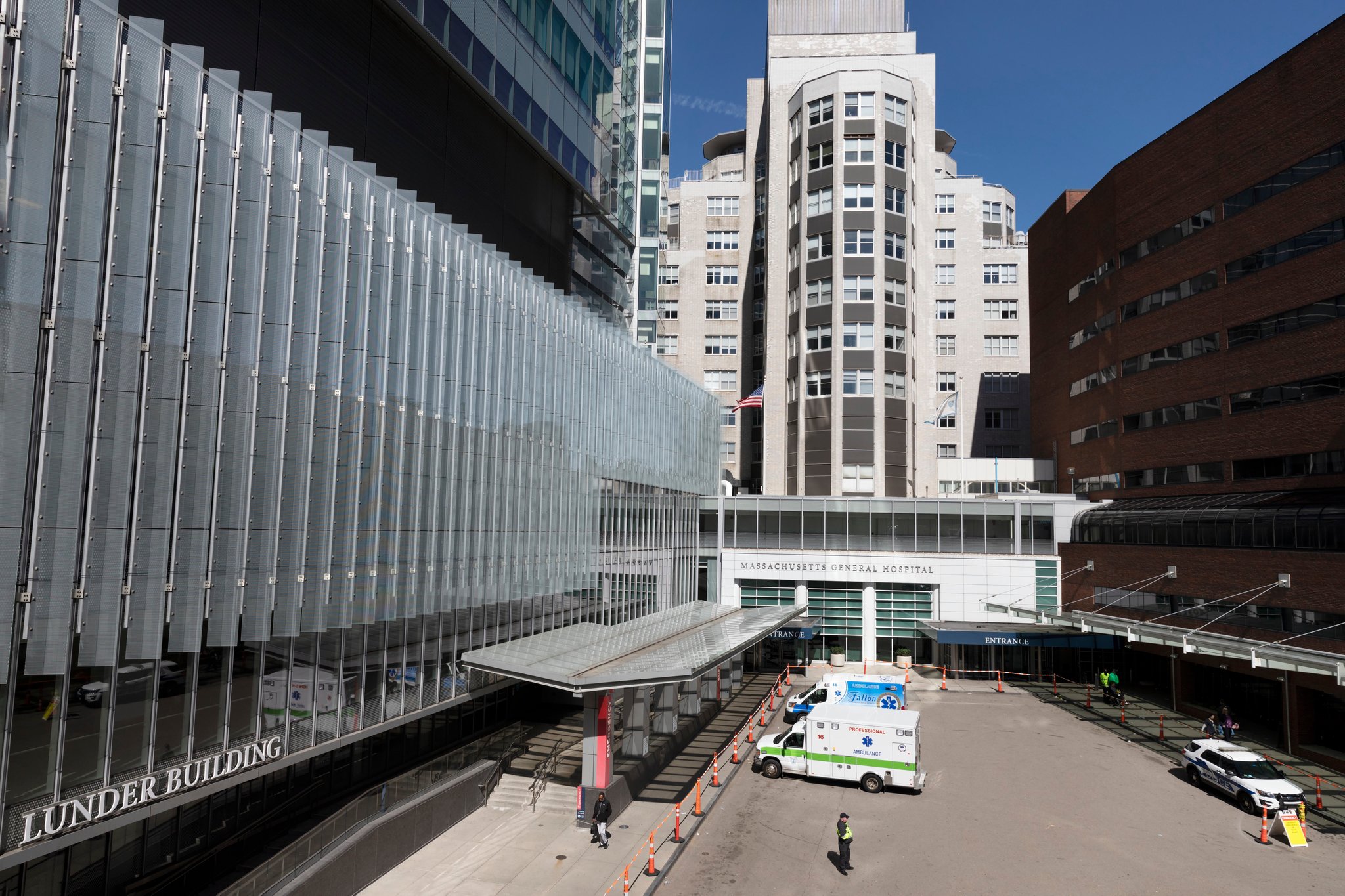 The pandemic is also eroding the secrecy that pervades academic medical research, said Dr. Ryan Carroll, a Harvard Medical professor who is involved in the coronavirus trial there. Big, exclusive research can lead to grants, promotions and tenure, so scientists often work in secret, suspiciously hoarding data from potential competitors, he said.

“The ability to work collaboratively, setting aside your personal academic progress, is occurring right now because it’s a matter of survival,” he said.

One small measure of openness can be found on the servers of medRxiv and bioRxiv, two online archives that share academic research before it has been reviewed and published in journals. The archives have been deluged with coronavirus research from across the globe. Despite the nationalistic tone set by the Chinese president, Xi Jinping, Chinese researchers have contributed a significant portion of the coronavirus research available in the archive.

Though Chinese officials initially covered up the outbreak and have since used it for propaganda purposes, Chinese scientists have in many ways led the world’s coronavirus research. A Chinese laboratory made public the initial viral genome in January, a disclosure that formed the basis for coronavirus tests worldwide. And some of today’s most promising clinical trials can trace their origins to early Chinese research on the disease.

Few areas of the world have been spared. Last year, Jamal Ahmadzadeh, an epidemiologist at Urmia University in Iran, warned that the world needed a rapid-alert system in response to MERS, another coronavirus. No country was immune to the risk, he wrote. In an email last week, as Iran grappled with one of the world’s worst coronavirus outbreaks, he wrote that defeating the virus required information-sharing across laboratories and across borders.

Even scientists working in fields beyond infectious diseases have been drawn into the effort. Dr. Perrone, who is supervising an Italian clinical trial of the immunosuppressive drug tocilizumab, is a cancer specialist. He is involved because of his experience running clinical trials for the National Cancer Institute in Naples.

Dr. Perrone said the coronavirus pandemic may make medical science more nimble long after the emergency has passed. Ten days after researchers conceived of the trial, the normally laborious government approval process was complete and doctors began enrolling patients, he said. “This should be a lesson for the future,” he said. 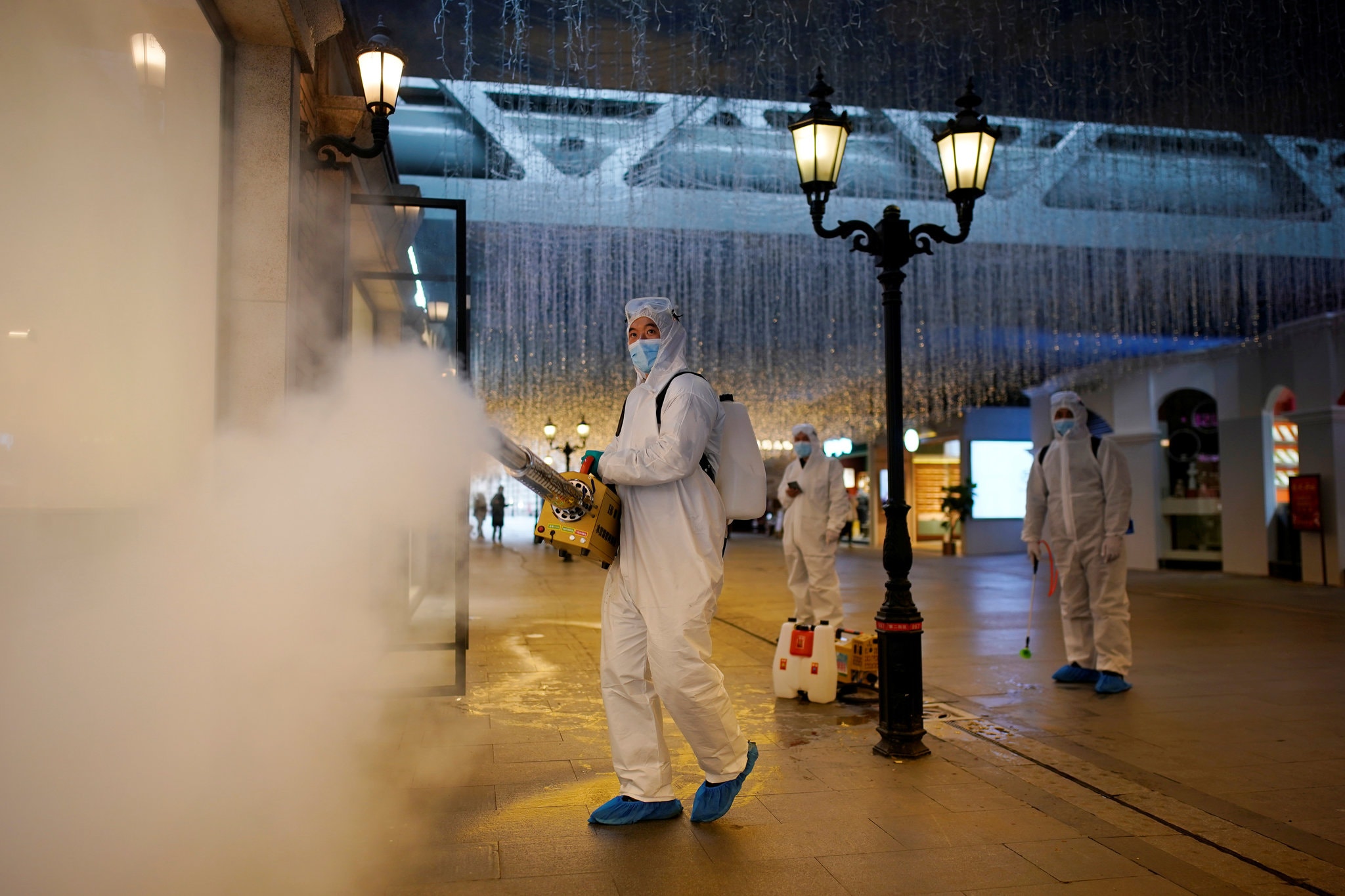 While Mr. Trump has touted American pharmaceutical prowess, and big drug companies like Pfizer and Johnson & Johnson have announced that they are bankrolling coronavirus vaccine research, the biggest drug companies focus on drugs they can sell year after year in affluent countries, not during short-lived crises centered in the developing world. Vaccine research has been seen as insufficiently profitable.

When Ebola captured the world’s attention in 2014, for example, the drug giants that chased a vaccine all took major losses on their investments. The first vaccine, originally devised by a Canadian government lab and now sold by Merck, was approved for sale last year, long after the epidemic faded.

“Of course there are people in competition. This is the human condition,” said Dr. Yazdan Yazdanpanah, the director of infectious disease at Inserm in France. “What is important is to come up with a solution for everyone. The way to achieve that is to collaborate.”