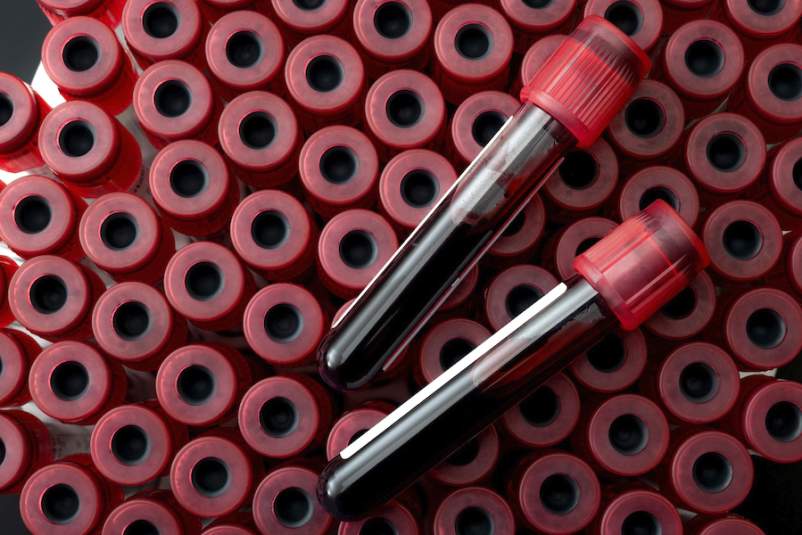 Why is this so cool? Because early detection is key to effective cancer treatment and better outcomes overall.

Cancer screening requires a battery of tests and procedures, depending on the specific cancer—some more complicated than others. And for some cancers—like cancers of the head and neck—there aren’t effective screening tests available that can detect the cancer early. But there’s a new breakthrough in cancer testing that may change that and seriously improve the cancer screening process as a whole.

New technology allows one simple blood test to look for more than 50 different types of cancers—and pinpoint their location in the body, according to a study published in Annals of Oncology. The new test, designed by GRAIL, Inc., was even able to catch several dangerous cancers that don’t have established screening approaches.

The study, performed by researchers at Dana-Farber Cancer Institute and the Mayo Clinic on thousands of participants, suggests that this new test could play a major role in the early detection of these 50-plus cancers—which is particularly exciting because early detection is often the key to good treatment.

To find these cancers, the test analyzes what are called methyl groups on the DNA of cancer cells. Basically, you get your blood drawn, and DNA from the blood sample is examined in a lab to look for signs of a bunch of different cancers in one go.

Researchers looked at 6,689 blood samples in the study—2,482 from people already diagnosed with cancer (with more than 50 cancer types represented) and 4,207 from people without cancer. For a group of 12 cancers that account for about two-thirds of cancer deaths in the United States, the test was able to detect them two-thirds of the time—pretty darn accurate by screening test standards. Of those, the test correctly identified stage I cancer—meaning the cancer is in an early stage—nearly 40% of the time.

“Our results show that this approach to testing cell-free DNA in blood can detect a broad range of cancer types at virtually any stage of the disease, with specificity and sensitivity approaching the level needed for population-level screening,” study author Geoffrey Oxnard, M.D., a medical oncologist at Dana-Farber, said in a news release. “The test can be an important part of clinical trials for early cancer detection.”

Only people who are part of the current clinical study at Dana-Farber can access the blood test right now—but it’s possible it would become more widely available in the coming years.

The Importance of Early Detection

Catching cancer early can seriously improve the outcomes of treatment, according to the National Cancer Institute (NCI). And that’s where screening tests—like this new blood test—come in. They’re used to help find these cancers before they even cause noticeable symptoms. If you can catch a cancer at this early stage, it’s likely going to be easier to treat.

Some of the other most effective screening tests for early detection—or complete prevention of cancers—include the following, per the NCI:

There are other cancer screening tests out there too—but these are some of the most effective. Talk to your health care provider about your personal risk factors for cancer and what screenings you should be receiving regularly.