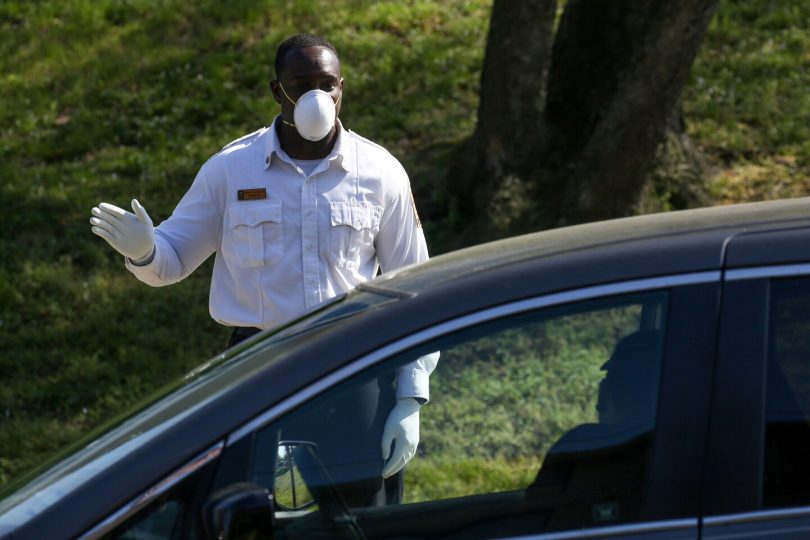 A civil rights group and hundreds of doctors are calling on the federal government to release race and ethnicity data on coronavirus infections and deaths from covid-19, citing reports that the pandemic is affecting African Americans at a disproportionate rate.

The information is necessary to “better inform a robust public health response in the Black community” and to “ensure COVID-19 tests are not being administered or withheld in a racially discriminatory manner,” says a letter sent to Health and Human Services Secretary Alex Azar by the Lawyers’ Committee for Civil Rights Under Law.

The letter also points to provisions in federal civil rights laws and the Affordable Care Act that prohibit health-care providers “from using federal funds to administer healthcare services that discriminate on the basis of race, color, or national origin.”

The Lawyers’ Committee asks Azar for “a written response no later than April 20, 2020.” Some members of Congress have also asked for breakdowns of coronavirus cases by race and ethnicity.

The Centers for Disease Control and Prevention and most state health departments have not released information about the race and ethnicity of those who have tested positive for the novel coronavirus or died of covid-19, the disease caused by it. The CDC’s public reports have broken down cases by age and gender, while most states have provided information only by county.

“We know they are collecting the data,” Dariely Rodriguez, director of the Economic Justice Project for the Lawyers’ Committee, said in an interview Monday. She said the CDC’s covid-19 case report form includes sections for ethnicity, sex, race and age. It also asks about testing, hospitalization, admissions to intensive care units and mortality. “It’s a very detailed form,” she said.

Health-care and government officials in Michigan and Wisconsin also have acknowledged that African Americans have died at disproportionate rates from the disease. In Albany, Ga., which has the highest number of deaths from covid-19 in the state, more than 90 percent of the fatalities are African Americans.

Rodriguez said that “African Americans, across socioeconomic groups,” and other people of color historically have experienced bias in the health-care system. They also are more likely to be uninsured and live in communities that have few or no health-care facilities. As a result, people of color have higher rates of chronic diseases such as asthma, heart disease and hypertension.

The letter also notes that people of color are “highly vulnerable” to exposure to the coronavirus because they often have jobs in which they are not able to work from home.

“Many of us have the good fortune to be able to stay at home and work from home, but that’s not the case for black people and other people of color who do not have that privilege,” Rodriguez said.

Only 20 percent of black workers, compared with a third of white workers, can work from home. Women of color also are overrepresented and continuing to work in jobs that have been deemed essential, including health care and child care. People of color also are overrepresented in food services, public works and public transportation jobs, which require them to continue to interact with the public.

The letter says it is important that people who are in communities already facing limited access to health care and who are more vulnerable because they work in “public-facing” jobs be able to get testing and treatment.

“Accurate and transparent reporting of national race and ethnic demographic COVID-19 data will help public health officials and advocates determine whether marginalized communities of color are experiencing higher barriers in accessing testing, and higher rates of infection and mortality,” the letter reads. “. . . This data is also needed to help fully understand COVID-19, and help stem ongoing community spread of this novel and dangerous virus.”