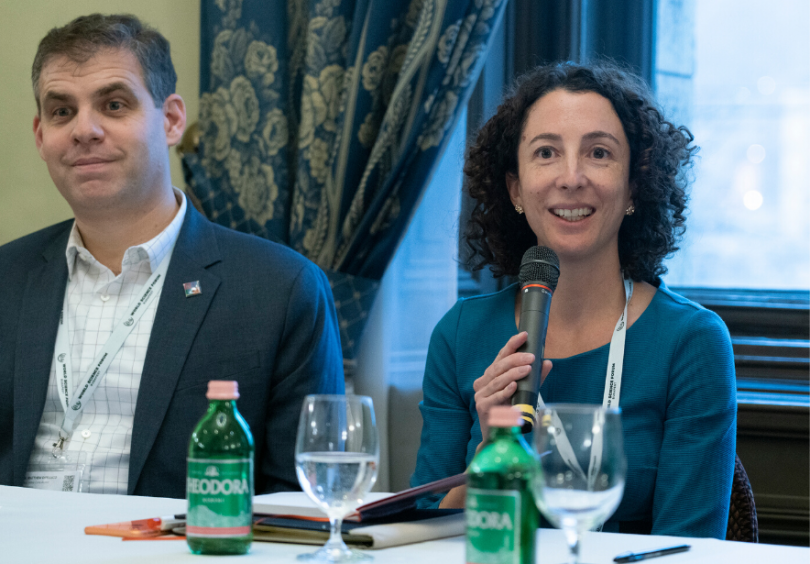 Scientists have long known that, sooner or later, a previously unknown pathogen would jump from animals to humans and threaten to induce a pandemic, said Julia MacKenzie, director of international relations at the American Association for the Advancement of Science, and other epidemiology and science diplomacy experts during an online panel discussion last week.

The international entities in place to mitigate such a threat — some less than five years old — are therefore more numerous and prepared than ever. Yet the crushing impact of the new coronavirus has exposed weaknesses in prevention strategies, response plans and trust of scientific authorities, according to the panelists.

The Barcelona Science and Technology Diplomacy Hub (SciTech DiploHub), a nonprofit that represents Barcelona’s science and technology sector abroad and serves as a think tank for addressing international challenges, hosted the March 26 discussion. The event began a series of five sessions in which SciTech DiploHub will explore lessons learned from the ongoing coronavirus outbreak.

Nearly 600 people, including scientists, diplomats and the general public, tuned in to hear from MacKenzie and her three fellow panelists. Attendees from more than 30 countries — Ecuador and Chile, Cameroon and South Africa, India and Sri Lanka, to name a few — viewed the livestream.

“Pandemics are by nature transnational threats,” said MacKenzie, who researched HIV, malaria and other infectious diseases before joining AAAS. “They certainly have no regard for borders, and no single country can combat them alone. It’s a useful thought exercise to think about the early days of this, when it was an outbreak, because I think it reveals something about what science diplomacy is and why it matters.”

Between Dec. 31 and Jan. 3, the World Health Organization (WHO) China Country Office received reports of a cluster of 44 pneumonia patients in the city of Wuhan. By mid-January, the first genome sequence of the SARS-CoV-2 virus, which causes COVID-19, was freely available.

By identifying mutations in more recent sequences and constructing the coronavirus’s family tree, scientists can track its spread and determine where there may be undocumented outbreaks. Such a degree of speed and transparency would not have been possible without multilateral health agencies and other preexisting relationships based on trust, MacKenzie said.

Dr. Antoni Plasencia, director general of the Barcelona Institute for Global Health, cited the 2014 West African Ebola outbreak as a crisis that increased global concern regarding pathogens known as spillovers, which originate in animals and are capable of causing symptoms in humans. There are approximately 1.7 million unknown viruses — potential spillovers — infecting the world’s animals, he said. Meanwhile, on an average day, around half-a-million humans are traveling in an airplane at any given time.

“We knew that disease X was coming, and now it’s here,” Plasencia said.

In January 2017, the Coalition of Epidemic Preparedness Innovations, a foundation that finances and coordinates the development of vaccines against emerging infectious diseases, launched with initial funding from the Wellcome Trust, the Bill & Melinda Gates Foundation, and the governments of Germany, Japan and Norway.

In May 2018, the WHO and the World Bank Group founded the Global Preparedness Monitoring Board to ensure readiness for international health crises. The board’s most recent report, published in September 2019, contains a section titled “Preparing for the Worst: A Rapidly Spreading, Lethal Respiratory Pathogen Pandemic.”

“On the one hand, the situation makes us probably better equipped than ever before,” Plasencia said. “This is not enough. … Despite the great progress that has been made, we are still dealing with pandemics based on a disaster-response model.”

MacKenzie pointed to a lack of respect for scientific guidance, rather than weaknesses in international preparedness, as a significant factor in the spread of COVID-19.

Including the expertise of social scientists in future epidemic response plans will be important in mitigating such public resistance, according to Lorenzo Melchor, the European Union science advice and diplomacy officer in Spain’s Ministry of Science, Innovation and Universities.

“The value of these scholars in providing advice as to how the general public is going to react under certain policy solutions is utterly important,” Melchor said.

In addition to highlighting AAAS efforts related to the current pandemic, including fast-tracking the peer review and publication of coronavirus-related research in the Science family of journals and keeping the public informed with accurate reporting, MacKenzie discussed the regular work of the organization’s Center for Science Diplomacy. Since 2008, the center’s training courses, delegations to foreign countries and other programs have used science to build ties between societies whose official relationships are severed or strained.

“The relevance of such programs is very obvious in the face of a pandemic,” MacKenzie said. “A virus doesn’t care who’s getting along.”