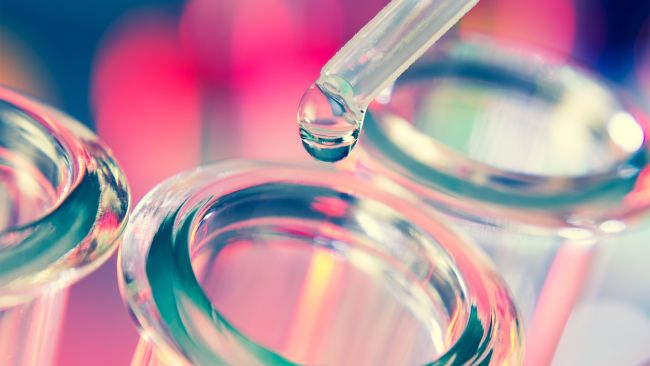 The world is now desperate to find ways to slow the spread of the novel coronavirus and to find effective treatments. As of April 6, more than 200 clinical trials of COVID-19 treatments or vaccines that are either ongoing or recruiting patients. New ones are being added every day, as the case count in the U.S. (and globally) skyrockets. The drugs being tested range from repurposed flu treatments to failed ebola drugs, to malaria treatments that were first developed decades ago. Here, we take a look at several of the treatments that doctors hope will help fight COVID-19.

An oral drug called EIDD-2801 has shown promise in test-tube experiments with human lung and airway cells, scientists reported online April 6 in the journal Science Translational Medicine. The drug might even be more efficient at blocking the novel coronavirus, SARS-CoV-2, than remdesivir, a drug being tested against COVID-19 in clinical trials that began in March. While remdesivir stops the novel coronavirus from replicating entirely, EIDD-2801 introduces genetic mutations into the virus’s RNA. As the RNA makes its copies, so many damaging mutations accumulate that the virus is no longer able to infect cells, Scientific American reported. The drug also seems to work against several RNA viruses, and as such, the researchers said it could be a multipurpose antiviral.

And unlike remdesivir, which needs to be given intravenously, this drug could be swallowed as a pill. “EIDD-2801 is an oral drug that could be administered at home, early after diagnosis,” lead study author Timothy Sheahan, of the Department of Epidemiology at the University of North Carolina at Chapel Hill, said in a statement from the journal. “This has the potential to be as ubiquitous as Tamiflu in the future, as long as it proves to be safe and effective in people.”

The research was completed by scientists at Emory University, UNC Chapel Hill and Vanderbilt University Medical Center in Nashville. The Miami, Florida-based  Ridgeback Biotherapeutics has licensed the drug and was just granted permission by the Food and Drug Administration to start human trials of the drug over the next few months, the company said in a statement.

The antiviral drug, called Favipiravir or Avigan, has been used in Japan to treat influenza, and last month, the drug was approved as an experimental treatment for COVID-19 infections, Pharmaceutical Technology reported.

So far, reports suggest the drug has been tested in 340 individuals in Wuhan and Shenzhen. “It has a high degree of safety and is clearly effective in treatment,” Zhang Xinmin, of China’s science and technology ministry, said March 17, The Guardian reported.

The drug, which works by preventing certain viruses from replicating, seemed to shorten the duration of the virus as well as improve lung conditions (as seen in X-rays) in tested patients, though the research has yet to be published in a peer-reviewed science journal.

Chloroquine and hydroxychloroquine have been approved by the U.S. Food and Drug Administration for the treatment of malaria, lupus and rheumatoid arthritis, but preliminary research in human and primate cells suggests that the drugs could effectively treat COVID-19.

A 2005 study found that chloroquine could quell the spread of SARS-CoV when applied to infected human cells in culture. SARS-CoV is closely related to the novel coronavirus, SARS-CoV-2, and caused an outbreak of severe acute respiratory syndrome in 2002. Chloroquine disrupts the ability of the SARS-CoV virus to enter and replicate in human cells, Live Science previously reported. The cell culture studies of SARS-CoV-2 revealed that the drug and its derivative hydroxychloroquine undermine the novel virus’ replication in a similar way.

Doctors in China, South Korea, France and the U.S. are now giving the drug to some patients with COVID-19 with promising, albeit anecdotal, results so far. The FDA is organizing a formal clinical trial of the drug.

As of Feb. 23, seven clinical trials had been registered in the Chinese Clinical Trial Registry to test whether COVID-19 infections could be treated with hydroxychloroquine. In addition, the University of Minnesota is studying whether taking hydroxychloroquine can protect people living with infected COVID-19 patients from catching the virus themselves.

In one heavily referenced study, conducted in France, a small number of patients with COVID-19 received either hydroxychloroquine alone or hydroxychloroquine in combination with an antibiotic called azithromycin. The authors reported that detectable concentrations of SARS-CoV-2 fell significantly faster in the study participants than coronavirus patients at other French hospitals who did not receive either drug. In six patients also given azithromycin, this promising effect appeared to be amplified.

However, the CDC noted that the small, non-randomized study “did not assess clinical benefit[s]” associated with the treatment; in other words, the study did not probe whether the treated patients were more likely to recover and survive their illness. Additionally, the agency advised that doctors should be cautious when giving either drug to patients with chronic disease, such as kidney failure, and especially those “who are receiving medications that might interact to cause arrhythmias.”

A Gilead Sciences drug that was originally tested in people with Ebola, remdesivir, is being repurposed to see if it can effectively treat COVID-19.

The drug was found not to be effective in Ebola, but in lab studies, it has proven effective at inhibiting the growth of similar viruses, severe acute respiratory syndrome (SARS) and Middle East respiratory syndrome (MERS). In a petri dish, remdesivir can prevent human cells from becoming infected with SARS-CoV-2, according to a letter published in the journal Nature in February.

The Food and Drug Administration has currently approved use of remdesivir for compassionate use, meaning only patients with severe COVID-19 disease can be approved for treatment. In other countries, requirements to receive remdesivir may be less stringent.

Five clinical trials in China and the U.S. are currently evaluating whether remdesevir can reduce complications or shorten the disease course in COVID-19 patients, the medical news site STAT reported.

Many doctors are excited about the drug’s potential.

“There’s only one drug right now that we think may have real efficacy,” Bruce Aylward of the World Health Organization said last month, as reported by STAT. “And that’s remdesivir.”

George Thompson, an infectious disease specialist at UC Davis Medical Center who treated an early, severe case of COVID-19, told Science magazine that their patient got better after getting the drug, about 36 hours after diagnosis. The doctors initially thought the patient would die, Thompson said.

However, such anecdotal evidence can’t demonstrate effectiveness, and the lab has yet to analyze blood samples to show that the patient’s clinical improvement following the administration of remdesivir coincided with a drop in viral load (concentration of viral particles). On the flip side, a study posted to the preprint database medRXiv looked at three patients treated with remdesivir. The study, which was not peer-reviewed, found no clear time-dependent relationship between getting the drug and seeing improvements in symptoms. The patients also experienced rectal bleeding, elevated liver enzymes, vomiting and nausea, which could potentially be tied to the drug.

Another quandary is that antiviral drugs generally work better the earlier patients get them, but because remdesivir is not FDA-approved for general use, only patients with the most severe, and late-stage, disease, qualify for its use in clinical trials, Thompson told Science.

On Sunday (March 22), Gilead Sciences announced that they were temporarily halting compassionate use of remdesivir, due to “overwhelming demand.” Instead, they are focusing on approving previously submitted requests and streamlining the process, while directing people to enroll in clinical trials, STAT reported.

The antiviral drug kaletra, a combination of lopinavir and ritonavir, generated early excitement. However, new data from China, published March 18 in the New England Journal of Medicine, could not detect a benefit when patients took the drug.

A total of 199 people with low oxygen levels were randomized to either receive kaletra or a placebo. While fewer people taking kaletra died, the difference was not statistically significant, meaning it could have been due to random chance. And both groups had similar levels of virus in their blood over time.

However, other studies are still ongoing, and there’s still a possibility this combination could show some benefit. As with other antivirals, this drug would likely work better if given earlier in the disease course.

An immunosuppressant and an arthritis drug

For some patients with COVID-19, the virus itself doesn’t do the worst damage. Rather, in some people their immune system goes into overdrive and launches an all-out assault known as a cytokine storm. That immune overreaction can damage tissue and ultimately kill people.

To quiet such cytokine storms, doctors are now trying an immunosuppressant known as Actemra, or tocilizumab. The drug is approved to treat rheumatoid arthritis and juvenile rheumatoid arthritis. It blocks a cell receptor that binds something called interleukin 6 (IL-6). IL-6 is a cytokine, or a type of protein released by the immune system, that can trigger dangerous inflammatory cascades.

Regeneron is enrolling patients in a clinical trial to test another IL-6 inhibitor, known as sarilumab (kevzara), for treating COVID-19 pneumonia. The logic behind using sarilumab is similar to that for tocilizumab.

Losartan is a generic blood-pressure medication that some scientists are hoping could help patients with COVID-19. The University of Minnesota has launched two clinical trials using the inexpensive, generic drug. The first would evaluate whether losartan can prevent multi-organ failure in those hospitalized with COVID-19 pneumonia. The second would evaluate if the drug can prevent hospitalizations in the first place, Reuters reported.

Losartan works by blocking a receptor, or doorway into cells that the chemical called angiotensin II uses to enter the cells and raise blood pressure. SARS-CoV-2 binds to the angiotensin-converting enzyme 2 (ACE2) receptor, and it’s possible, the thinking goes, that because losartan might block those receptors, it may prevent the virus from infecting cells.

Complicating things, a paper published March 11 in the journal The Lancet has raised the possibility that common drugs for hypertension, such as ACE inhibitors and so-called angiotensin II receptor blockers (ARBs), which includes losartan, might actually spur the body to make more ACE2, thereby increasing the ability of the virus to infiltrate cells. A recent study of 355 COVID-19 patients in Italy (study in Italian) found that three-quarters of the patients who died had hypertension, and the authors propose this is one reason for their increased susceptibility.