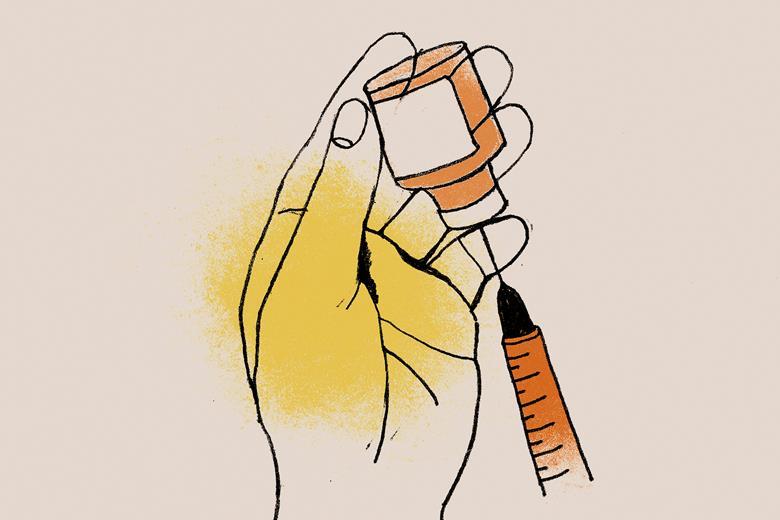 How long will it take to develop a coronavirus vaccine and why is it so hard?

As I write this, vaccine development is a topic very much on many peoples’ minds, and I feel sure that it will continue to be so for several months. One reason for my confidence is that it is a longer process than many of us would like: the advent of a usable vaccine for the new coronavirus by, say, the end of this year would represent a stunning triumph of drug development at record-breaking speed. To be honest, it may not even be possible on that timetable. So what takes so long?

There are three major factors, and they intersect with each other. One is that any vaccine is necessarily trying to modulate the immune response, and the human immune system is not only wildly complex but frankly terrifying. Consider anaphylactic shock, a runaway reaction to an antigen that can cause death in minutes. Or look at the long list of autoimmune diseases, where the mechanisms meant to deal with invading pathogens get turned on the body’s own tissues, often with devastating results. Evolutionarily we have developed an extraordinary multilayered defense that includes serious weaponry, and any such weapons can be disastrous if not properly aimed.

The second factor sounds obvious, but needs to be stated: vaccines are designed to be given to people who are not sick. Very large numbers of people who are not sick. At times (as with the smallpox and polio vaccines) they will be given to a large majority of the human race and often to infants. This reveals the intersection of these first two factors: we are trying to manipulate one of human biology’s most potentially dangerous areas, with a goal of giving our new therapy to millions (even billions) of people who have not even encountered the disease that we’re trying to treat. The potential for side-effects and adverse reactions is huge.

The third factor that makes things even more fraught is the extraordinary person-to-person variability of that same immune system. Every one of us has a unique immunological fingerprint based on our genetic makeup and life history. So these potential adverse events are scattered at very low levels through the entire population in unpredictable ways. By now I may have you wondering how any vaccines are developed at all!

Proving efficacy and safety is going to take a huge amount of effort and an irreducible amount of time. It always does

The answer, as with all of drug development, lies in the balance of safety and efficacy. One of the more well-known adverse immune reactions is Guillain-Barré syndrome (GBS), where the myelin sheaths of the neurons come under attack. It can occur after bacterial or viral infections, or indeed after vaccinations. Most of the time it resolves, but it can cause permanent neurological damage or even death. Vaccinating for influenza causes an estimated one extra case of GBS per million people vaccinated in the US, which translates to roughly one fatality out of every ten million. On the other hand, influenza kills about 100 people out of every million in the US every year. That thousandfold difference in mortality is considered (rightly, in my view) a risk worth taking for public health.

No clinical trial can be large enough to truly quantify risks at such a low level, so the object is to show that the worst dangers must at least be below the level that such trials can detect. Phase 1 trials will establish broad levels of safety and demonstrate the development of desirable neutralising antibodies. Phase 2 trials will work out dosing schedules among different patient populations and with different formulations, a tricky optimisation in preparation for what can be huge Phase 3 studies of efficacy under real-world conditions. In the end, safety needs to be assessed in trials with tens of thousands of participants – an obvious organisational and logistical challenge. And establishing how long the vaccine’s protection lasts is a process that cannot really be sped up: time has to pass. At every step, it has to be clear that a new vaccine is really worth it, that it will not cause too much harm relative to its benefits.

For a pathogen with the infectiousness and fatality rate of Covid-19, this will frankly be a lower bar to clear than with some other diseases. But proving efficacy and safety (and the ratio between them) is going to take a huge amount of effort and an irreducible amount of time. It always does. It’s just that we don’t always do it with the clock ticking and the world watching.