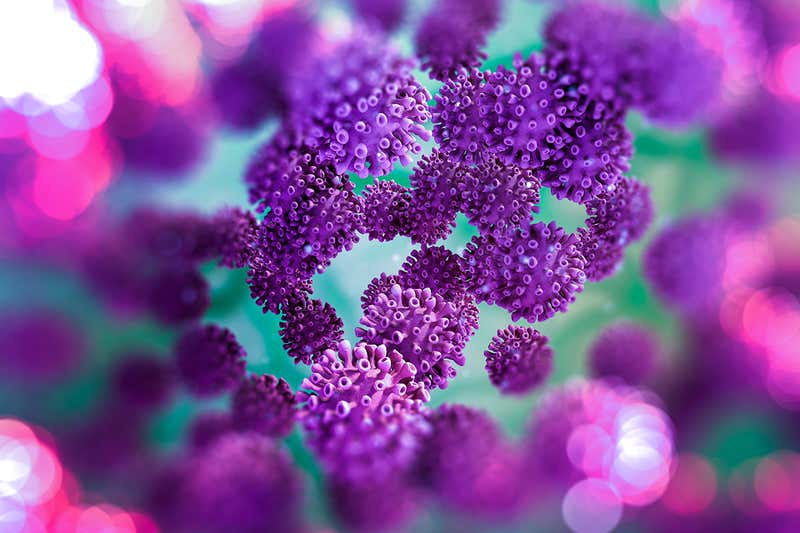 Does being exposed to more coronavirus particles mean you will develop a more severe illness? Rumours circulating on social media suggest that hospital workers or their household members exposed to a higher “viral load” become sicker than the general population. But emerging research indicates the relationship between infection and covid-19 severity may be more complex – and differ from that of other respiratory illnesses.

The average number of viral particles needed to establish an infection is known as the infectious dose. We don’t know what this is for covid-19 yet, but given how rapidly the disease is spreading, it is likely to be relatively low – in the region of a few hundred or thousand particles, says Willem van Schaik at the University of Birmingham, UK.

Viral load, on the other hand, relates to the number of viral particles being carried by an infected individual and shed into their environment. “The viral load is a measure of how bright the fire is burning in an individual, whereas the infectious dose is the spark that gets that fire going,” says Edward Parker at the London School of Hygiene and Tropical Medicine.

If you have a high viral load, you are more likely to infect other people, because you may be shedding more virus particles. However, in the case of covid-19, it doesn’t necessarily follow that a higher viral load will lead to more severe symptoms.

For instance, health workers investigating the covid-19 outbreak in the Lombardy region of Italy looked at more than 5,000 infected people and found no difference in viral load between those with symptoms and those without. They reached this conclusion after tracing people who had been in contact with someone known to be infected with the coronavirus and testing them to see if they were also infected.

Similarly, when doctors at the Guangzhou Eighth People’s Hospital in China took repeated throat swabs from 94 covid-19 patients, starting on the day they became ill and finishing when they cleared the virus, they found no obvious difference in viral load between milder cases and those who developed more severe symptoms.

Although it is difficult to draw firm conclusions at this stage, such studies “may impact our assumptions about whether a high number of viral particles predisposes to a more serious disease”, says van Schaik.

However, a study of patients hospitalised with covid-19 in Nanchang, China, found a strong association between disease severity and the amount of virus present in the nose. “Those with more severe disease had a higher level of virus replication, although we have no evidence to relay the initial exposure dose to disease outcome,” says Leo Poon at Hong Kong University, who was involved in the study. “That rumour is still an open question to me.”

It is early days, but if the initial amount of virus a person is infected by doesn’t correlate with the severity of disease symptoms, this would mark covid-19 out as different from influenza, MERS and SARS.

For influenza, a higher amount of virus at infection has been associated with worse symptoms. It has been tested by exposing volunteers to escalating doses of influenza virus in a controlled setting and carefully monitoring them over several weeks. This hasn’t been done with covid-19, and is unlikely to happen, given its severity.

Animals infected with higher doses of the SARS and MERS coronaviruses also experienced worse outcomes, says van Schaik. “I think we just have to conclude that while this virus is related to SARS, there are also important differences that are currently poorly understood,” he says.

Even if the initial level of virus at infection isn’t related to disease severity, it still pays to try and minimise our exposure to the virus because this will reduce our chances of falling ill in the first place. “We want to be taking every precaution we can to prevent ourselves getting infected, which will also reduce our ability to pass the virus on to others,” says Parker. “Any measures we can take to avoid infection are worth taking.”