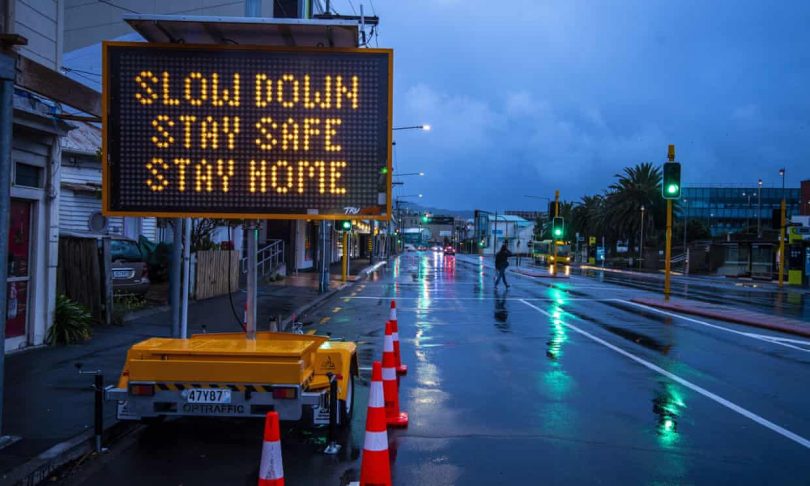 Epidemiologists love to evoke the memory of John Snow, who famously advocated removing the handle from the Broad Street pump in London, an action that helped to end a severe outbreak of cholera. In the face of the Covid-19 pandemic we need to take the same kind of decisive action, yet western countries have appeared remarkably slow to do so, despite the advantages of immense scientific knowledge and modern tools of pandemic control.

New Zealand now appears to be the only “western” nation following an articulated elimination strategy with the goal of completely ending transmission of Covid-19 within its borders. The strategy appears to be working, with new case numbers falling. Most cases are now returning travellers, who are safely quarantined at the borders, and the few remaining case clusters in the community are being traced and further spread stamped out. But it is far too soon to claim victory, and the country is remaining under an intense lockdown to support the elimination effort.

New Zealand only embraced the elimination strategy in mid-March. Up until then, the country was taking a similar approach to Australia. Both countries were following their pandemic plans, which were based on managing influenza pandemics. Both were applying increasing border restrictions to “keep it out”, with controls increased after 15 March to require 14-day periods of self-isolation for all arrivals. Familiar methods of case isolation, contact tracing and quarantine to stamp out cases were also being used.

But then the countries diverged. On 23 March New Zealand committed to an elimination strategy. Both countries had relatively low case numbers at that time: New Zealand had reported 102 cases and no deaths and Australia had reported 1396 cases and 10 deaths. On that day the prime minister, Jacinda Ardern, announced that New Zealand was going to rapidly escalate levels of physical distancing and travel restrictions, reaching the level of a full national lockdown on 26 March (level four on the alert scale).

Taking an elimination approach is very different from mitigating pandemic influenza. With mitigation, the response is increased as the pandemic progresses, and more intensive interventions such as school closures are often held in reserve to “flatten the peak”. By contrast, disease elimination partly reverses the sequence by using vigorous interventions early to interrupt disease transmission.

New Zealand needed this lockdown for several reasons. By effectively putting the country into mass home quarantine for a month it extinguished many chains of Covid-19 transmission. This period gave us much needed time to ramp up the critical measures required for elimination to work (more rigorous quarantine at the borders, expanded testing and contact tracing, and additional surveillance measures to provide assurance for when elimination had been achieved). It was probably also the only way to ensure the population would swiftly adhere to the physical distancing behaviours needed to extinguish chains of viral transmission. This is a population that has never experienced a major pandemic and had been barely affected by Sars, unlike many countries in Asia.

What are the alternatives?

A major driver of the New Zealand decision to pursue elimination was the increasing evidence that this was the least bad option. A turning point for some of us was reading the report on the WHO Mission to China showing that, in contrast to influenza, this disease was more like SARS and could be eliminated even after community transmission had been established. We also observed the relative success of a number of Asian jurisdictions in containing the Covid-19 pandemic, notably Singapore, South Korea, Taiwan and Hong Kong.

In western countries it was also becoming apparent that the mitigation strategy of “flattening the curve” was failing, as health services were being overwhelmed across Europe. Increasingly, these countries were switching to a suppression strategy, which would reduce cases to manageable levels but at the likely cost of a prolonged lock-down while waiting for an effective vaccine or antivirals.

Should other countries pursue elimination?

Theoretically, any jurisdiction could pursue elimination of Covid-19. It was even proposed for the US in a recent New England Journal of Medicine editorial. Countries where elimination is likely to be the most feasible are those which can manage their borders tightly, have the resources for the sustained high volumes of testing and contact tracing required, and which can implement the kinds of lockdowns that may be needed to eliminate chains of transmission. Australia meets those conditions and so the elimination strategy is still one of the possible options there. For many low and middle income countries elimination is unfortunately probably not an option at present.

One critical success factor that is, unfortunately, harder to guarantee is high-quality political leadership. The brilliant, decisive and humane leadership of Ardern was instrumental in New Zealand’s rapid change in direction with its response to Covid-19 and the remarkably efficient implementation of the elimination strategy.

The lockdown does, however, have massive short-term social and economic costs for New Zealand, and will be particularly tough for those with the least resources, including Māori and Pacific populations and low-income New Zealanders. The New Zealand Government response has included a range of measures to protect these groups, including a major economic support package and restrictions on rent increases and evictions.

But New Zealand still has to plan for the real, but hopefully small, chance of its elimination strategy failing. Then it will need to switch to a suppression or mitigation approach. With these other strategies there is also the potential to dramatically reduce the death toll by adopting targeted measures to protect vulnerable populations from infection (particularly older people and those with chronic conditions). Continuing to upgrade the health system to better manage surges of patients with Covid-19 is also critical.

The elimination strategy offers two major advantages over alternative approaches of mitigation or suppression. There should be fewer cases of illness and death if started early, and it offers a clear and more rapid exit path if successful. As with all future scenarios, optimism must be balanced with caution and the world will almost certainly need new tools such as vaccines and antivirals to more fully manage the Covid-19 threat.

If John Snow was looking down on the world of 2020 he would be unimpressed. It seems frustratingly true that we are poor at learning the lessons of history with pandemics, as with other threats to global health. One key lesson is that more investment in public health infrastructure is critically needed in all countries to better manage pandemics and a range of less severe health threats.