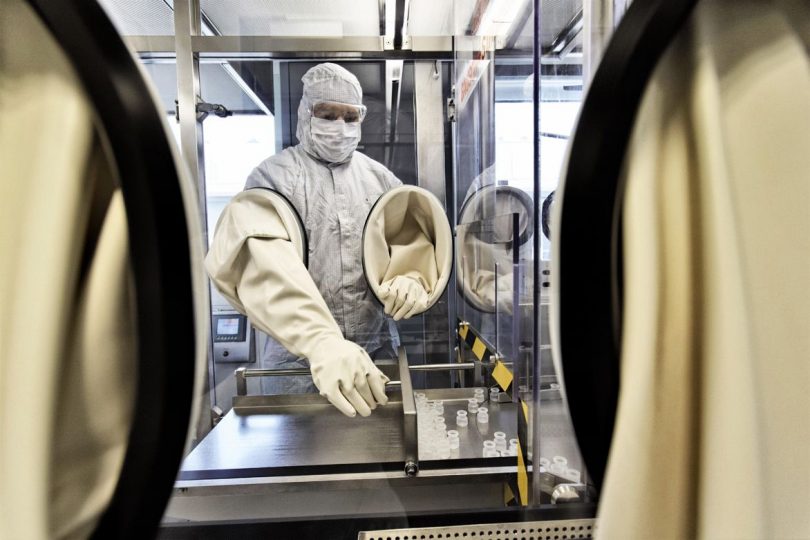 As the world searches for a way to end the coronavirus pandemic, the race is on to find and produce a vaccine. Some optimistic forecasts suggest that one could be available in 12–18 months — but researchers are already warning that it might not be physically possible to make enough vaccine for everyone, and that rich countries might hoard supplies.

The production facilities needed will depend on which kind of vaccine turns out to work best. Some researchers say governments and private funders should give vaccine manufacturers money to ramp up their production capacity in advance, even if these facilities are never used. Although money has been pledged to help with this, the promises fall short of the billions of dollars that public-health experts say is needed.

Resources for coronavirus will also have to be balanced against the need for other vaccines. Manufacturing facilities around the world can churn out hundreds of millions of doses of influenza vaccine each year, and companies are used to stepping up production at times of high demand.

But if billions of people need a new kind of vaccine for coronavirus, and firms continue making the normal array of shots against influenza, measles, mumps and rubella, and other diseases, there could be a production shortage, says David Heymann, an infectious-disease specialist at the London School of Hygiene and Tropical Medicine who heads a panel that advises the World Health Organization (WHO) on disease emergencies such as the COVID-19 pandemic. 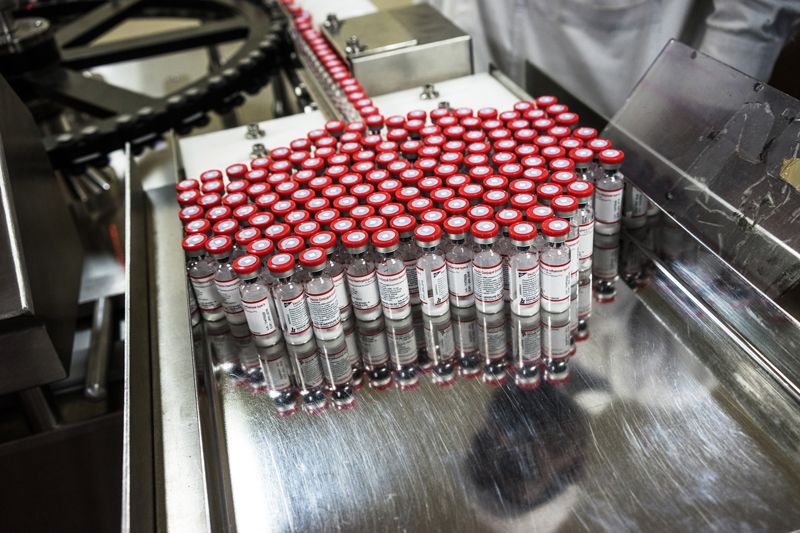 The WHO says it is also working on a plan to ensure the equitable distribution of vaccines. But how that could be enforced in practice isn’t clear. “In a pandemic, the last thing we want is for vaccines to be exclusively accessed by countries that make them and not be universally available,” says Mariana Mazzucato, an economist who heads the University College London Institute for Innovation and Public Purpose.

Supply constraints, both physical and political, are a “big worry”, agrees Seth Berkley, who heads GAVI, the Vaccine Alliance — a public–private non-profit organization based in Geneva, Switzerland, that aims to increase access to immunizations around the world.

One big challenge in creating a lot of vaccine quickly is scaling up manufacturing, because the infrastructure needed will differ depending on the vaccine type.

The vaccine might consist of a weakened or inactivated version of the coronavirus, or some part of a surface protein or a sequence of RNA or DNA, injected into the body inside a nanoparticle or another virus, such as measles. It might need to be grown in vats of cells, created using a machine that synthesizes RNA or DNA, or even grown in tobacco plants.

If vaccines built from inactivated forms of SARS-CoV-2 prove most effective, it should be easier to estimate what it would take to churn out doses, because this industrial technology has been around since at least the 1950s, says Felipe Tapia, who studies bioprocess engineering at the Max Planck Institute for Dynamics of Complex Technical Systems in Magdeburg, Germany. That said, the production and purification of whole SARS-CoV-2 virus at high concentrations could require facilities with biosafety level 3 certification. These are scarce, Tapia says, and could be why very few companies say they are trying this approach.

At least a dozen companies are chasing the idea of injecting into the body formulations of RNA or DNA that would provoke our cells into making one of the proteins used by SARS-CoV-2. “RNA and DNA platforms may involve a simpler process — which is likely to make them easier to scale up,” says Charlie Weller, head of the vaccines programme at Wellcome, a London-based biomedical research funder. But no vaccine with this approach has yet been approved for any disease in humans.

Moderna, headquartered in Cambridge, Massachusetts, which injected its first test RNA-based coronavirus vaccine into a volunteer in mid-March, is one firm trialling this plan: another is CureVac in Tübingen, Germany, which says it has the facilities necessary to produce up to 400 million doses a year of its RNA-based vaccine. Both efforts have received money from the Coalition for Epidemic Preparedness Innovations (CEPI), a fund based in Oslo that was launched in 2017 as a global alliance to finance and coordinate vaccines for outbreaks.

CEPI has also announced funding for six other vaccine research teams, including a collaboration that wants to re-engineer a measles vaccine so that it produces a immunizing SARS-CoV-2 protein in the body. If that works, says Marie-Paule Kieny, a virologist and director of research at INSERM, France’s national biomedical research agency in Paris, it’s possible that measles vaccine-manufacturing facilities could be used to make a COVID-19 vaccine, but she cautions that it’s likely that capacity would have to be increased so as not to disrupt the original focus. 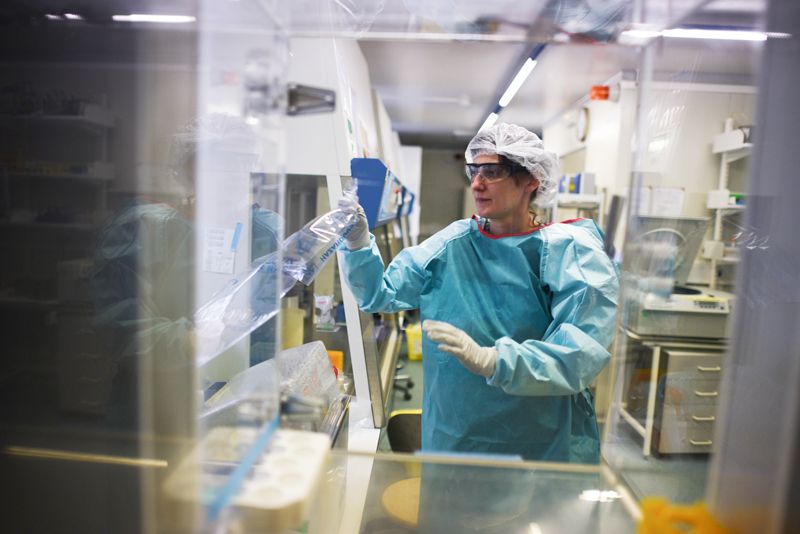 Other elements in the manufacturing process might create bottlenecks. ‘Subunit’ vaccines, which are composed of a SARS-CoV-2 protein, or a key fragment of one, often need an adjuvant — molecules added to boost the immune response. These might require ingredients that could become scarce during a pandemic, such as specific lipids, says Jaap Venema, chief science officer of US Pharmacopeia (USP), a non-governmental organization in Rockville, Maryland, that helps to set drug-quality standards.

Another idea to grow vaccines quickly is using plants. Cigarette giant British American Tobacco (BAT) said in April that it aims to grow vaccines (being developed by its subsidiary Kentucky BioProcessing) in fast-growing tobacco plants. But Venema says such plant-based vaccine products have extra regulatory hurdles to clear, including complying with rules for genetically modified organisms — which could make it very hard to fast-track the process.

An open question is how to ensure that the world’s governments and companies invest enough money now, so that vaccines can be made quickly in 2021. CEPI says that global funding of at least US$2 billion is needed to help develop candidate vaccines and manufacture them for trials, of which it has been promised $690 million by national governments. A further $1 billion is needed to manufacture and distribute a successful SARS-CoV-2 vaccine for the world, CEPI says. But many more billions of dollars might need to be plunged into helping companies scale up manufacturing capacity, even if that isn’t ultimately used, CEPI chief executive Richard Hatchett told STAT.

Billionaire philanthropist Bill Gates, who co-chairs the Bill & Melinda Gates Foundation in Seattle, Washington, also says facilities should be built in advance. He told US media that his foundation would help to pay for this approach, “just so that we don’t waste time” until we know which vaccine platform will be the most successful. But the Gates Foundation did not provide further details when contacted for this story.

One firm to secure a large investment is drug giant Johnson & Johnson, which in March announced a $1-billion partnership with the US government’s Biomedical Advanced Research and Development Authority to develop a vaccine based on an engineered version of an adenovirus. This includes a plan to rapidly scale up capacity, with the goal of “providing global supply of more than one billion doses of a vaccine”. (In an early indication on pricing, Paul Stoffels, the company’s chief scientific officer, has suggested that this vaccine might theoretically cost around $10 or €10 per dose.) Governments could help vaccine makers to plan ahead, says Ohid Yaqub, a health-policy researcher at the University of Sussex in Brighton, UK, by signalling how much vaccine they plan to purchase and who they would recommend to be immunized.

A step further would be to set up what are known as advanced market commitments to purchase drugs at a specific price ahead of the vaccine being approved, as has happened for the distribution for pneumococcal vaccine to children through GAVI.

Berkley and others also say that donor countries could sell bonds to investors as a way to finance vaccines for populations that cannot afford them. This approach has also been used successfully before: the International Finance Facility for Immunisation (IFFIm) to raise money for vaccines that GAVI has provided to children.

But even if lots of vaccine is made, there seems to be no way to force countries to share it. During the 2009 H1N1 influenza pandemic, Australia was among the first to manufacture a vaccine, but did not immediately export it because it wanted vaccines for its citizens first, says Amesh Adalja of the Johns Hopkins Center for Health Security in Baltimore, Maryland. “Most countries have laws enacted that allow the government to force manufacturers to sell domestically, and I don’t see this changing,” he says.

CEPI says that there is no agreement yet on the principles or rules for a fair allocation system incorporated into contracts that can be consistently applied and enforced. There is also no global entity responsible for ordering the manufacturing of vaccines on a global scale and paying for it.

“This is a challenge that must be urgently and collectively addressed by governments, global health leaders and regulators while COVID-19 vaccine development is continuing,” says Mario Christodoulou, a communications manager at CEPI.

The WHO has tried to step in before to make sure that vaccine stockpiles are shared equitably, says Alexandra Phelan, of Georgetown University’s Center for Global Health Science and Security in Washington DC. After the outbreak of H5N1 in countries such as China, Egypt and Indonesia, WHO member states adopted a resolution known as the Pandemic Influenza Preparedness (PIP) Framework. Under PIP, countries provide virus samples to a network of labs coordinated by the WHO, with the understanding that the organization would consider them in an as-needed basis to access a WHO stockpile of vaccines, diagnostics and drugs in the case of an influenza pandemic. But because PIP is designed for influenza, it doesn’t apply to the current coronavirus outbreak.

Countries could agree on a framework similar to PIP for the current pandemic, but it is highly unlikely that a draft agreement would be ready in time for a World Health Assembly slated for May, at which member states would have to vote for it. And because there is so much SARS-CoV-2 already circulating, it’s unclear whether this sort of agreement would work, because vaccine manufacturers can access virus samples from private labs, Phelan says.

It is possible that by the time a vaccine arrives, much of the world will already have been infected with the new coronavirus. Even in that case, however, many might want shots to boost immunity. And thinking ahead to ensure there’s enough manufacturing capacity for vaccines in any future epidemic is still vital, Yaqub says.

“The concern for how to manufacture vaccines efficiently, reliably and safely is always going to be there,” he says, “even if we can’t get a coronavirus vaccine or we’ve managed to figure out other ways to deal with coronavirus.”