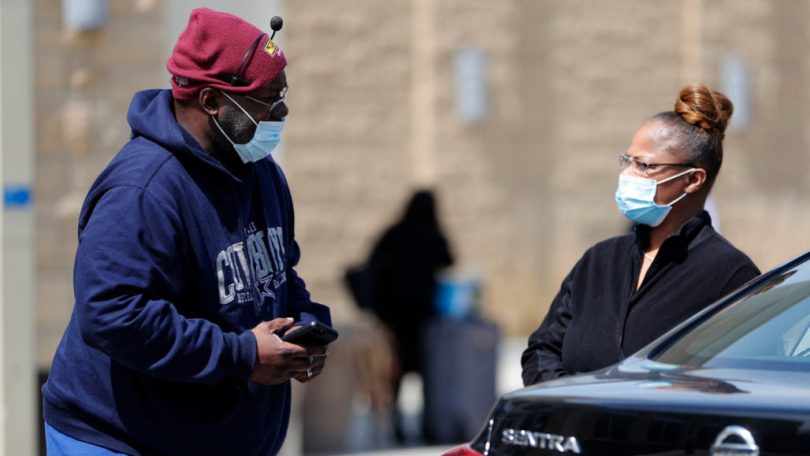 COVID-19 was called the great equalizer. Nobody was immune; anybody could succumb. But the virus’ spread across the United States is exposing racial fault lines, with early data showing that African-Americans are more likely to die from the disease than white Americans.

The data are still piecemeal, with only some states and counties breaking down COVID-19 cases and outcomes by race. But even without nationwide data, the numbers are stark. Where race data are known — for only 3,300 of 13,000 COVID-19 deaths — African-Americans account for 42 percent of the deaths, the Associated Press reported April 9. Those data also suggest the disparity could be highest in the South. For instance, in both Louisiana and Mississippi, African-Americans account for over 65 percent of known COVID-19 deaths.

Other data find similar trends. A study published online April 8 in the U.S. Centers for Disease Control and Prevention’s Morbidity and Mortality Weekly Report looked at hospitalizations for COVID-19 across 14 states from March 1 to 30. Race data, which were available for 580 of 1,482 patients, revealed that African-Americans accounted for 33 percent of the hospitalizations, but only 18 percent of the total population surveyed.

Here are three reasons why African-Americans may be especially vulnerable to the new coronavirus.

1. African-Americans are more likely to be exposed to COVID-19.

SARS-CoV-2, the coronavirus that causes COVID-19, is highly contagious, even before symptoms appear (SN: 3/13/20). So to curb the virus’ spread and limit person-to-person transmission, states have been issuing stay-at-home orders. But many individuals are considered part of the critical workforce by the U.S. Department of Homeland Security and must continue to work. That includes caregivers, cashiers, sanitation workers, farm workers and public transit employees, jobs often filled by African-Americans.

For instance, almost 30 percent of employed African-Americans work in the education and health services industry and 10 percent in retail, according to 2019 data from the U.S. Bureau of Labor Statistics. African-Americans are less likely than employed people in general to work in professional and business services — the sorts of jobs more amenable to telecommuting.

Driving solo to those jobs isn’t always an option. Among urban residents, about 34 percent of African-Americans use public transit regularly compared with 14 percent of white people, according to a 2016 report from the Pew Research Center, a nonpartisan think tank in Washington, D.C. Continued use of public transit during the pandemic may bring African-Americans into greater contact with infected people.

Additionally, a disproportionately high percentage of African-Americans may live in places that could increase their risk of exposure. Census data from January 2020 show that only 44 percent of African-Americans own their own home compared with almost 74 percent of white people. Consider a family living in a crowded inner-city apartment, says epidemiologist Martina Anto-Ocrah of the University of Rochester Medical Center in New York. “Can you possibly take an elevator alone? No.”

African-Americans’ risk of higher exposure to COVID-19 has historical roots — including legal segregation in schools and housing, discrimination in the labor market and redlining, the practice of denying home loans to those living in predominantly African-American neighborhoods. Those forces have contributed to a persistent racial wealth gap, with African-Americans continuing to struggle to move into neighborhoods with the sorts of socioeconomic opportunities that allow white families to better avoid exposure to COVID-19.

“All the ingredients are in place for there to be a sharp racial and class inequality to this [pandemic],” says Robert Sampson, a sociologist at Harvard University.

2. African-Americans have a higher incidence of underlying health conditions.

Among those at highest risk of getting severely ill with COVID-19 are patients with other serious health problems, such as hypertension, diabetes and heart disease (SN: 3/20/20). Over 40 percent of African-Americans have high blood pressure, among the highest rates in the world, according to the American Heart Association. By comparison, about a third of white Americans have high blood pressure. Similarly, African-Americans tend to have higher rates of diabetes.

Part of that heightened risk has to do with African-Americans’ disproportionate exposure to air pollution. Such pollution has been linked to chronic health problems, including asthma, obesity and cardiovascular disease (SN: 9/19/17). In an April 2019 study in the Proceedings of the National Academy of Sciences, Sampson and fellow Harvard sociologist Robert Manduca showed that poor African-American neighborhoods have higher levels of lead, air pollution and violence than poor white neighborhoods (SN: 4/12/19).

Researchers are still sorting out how neighborhood stressors contribute to poor health. But even if the causes aren’t always clear, research suggests that helping people move to better neighborhoods can improve health. For instance, a 2017 study in JAMA Internal Medicine showed that for African-American adults, moving out of racially segregated neighborhoods was linked to a drop in blood pressure (SN: 5/15/17).

Inequities in access to health care, including inadequate health insurance, discrimination fears and distance from clinics and hospitals, make it harder for many African-Americans to access the sort of preventive care that keeps chronic diseases in check.

According to a December 2019 report from The Century Foundation, a nonpartisan think tank based in New York City and Washington, D.C., African-Americans are still more likely to be uninsured than white Americans. And African-Americans who are insured spend a greater fraction of their income on premiums and out-of-pocket costs, about 20 percent, than the average American, who spends about 11 percent.

Census data show that about 20 percent of African-Americans live in poverty compared with 10 percent of white Americans. As a result, African-Americans have been disproportionately hurt by some states’ decisions not to expand Medicaid as part of the Affordable Care Act. Expanded Medicaid has been linked to a reduced likelihood of deaths from cardiovascular disease (SN: 6/7/19) and a reduction in the racial health gap between white and black babies (SN: 4/23/19).

Lack of preventive care means that African-Americans are more likely than other racial groups in the United States to be hospitalized or rehospitalized for asthma, diabetes, heart failure and postsurgery complications, researchers reported in 2016 in the Annual Review of Public Health.

“These long-standing structural forms of discrimination that African-Americans have faced in the [United States] are manifesting in what we’re seeing with COVID right now,” says epidemiologist Kiarri Kershaw of the Northwestern University Feinberg School of Medicine in Chicago.

Even so, more can be done to identify communities that might be especially vulnerable to COVID-19 and improve their odds of coping with the pandemic, Sampson says. For example, “look at a map of incarceration, lead risk and violence in Chicago [and] you’ll basically see a map of COVID deaths,” he says. Those kinds of proxies could provide a road map to identifying at-risk communities and targeting resources to them, such as greater access to COVID-19 testing, distribution of masks and mobile clinics to provide care.