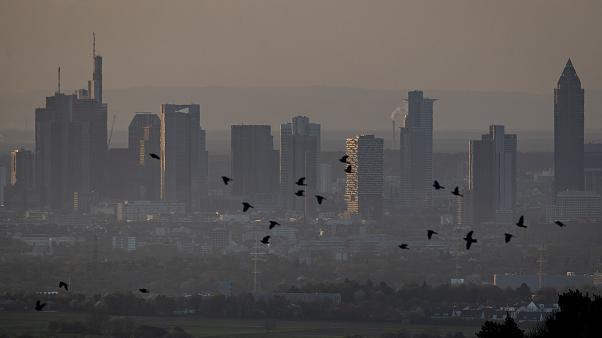 The world economy will suffer its worst year since the Great Depression of the 1930s, The International Monetary Fund has said in its latest forecast.

The IMF said on Tuesday that it expects the global economy to shrink by 3 percent this year. This is far worse than the dip of 0.1 percent in the recession year of 2009 after the financial crash.

The global economy is then expected to rebound with a 5.8 percent growth in 2021, but that outlook is uncertain.

“This is an unprecedented shock. We have shutdowns of important sectors of the economy. As you re-open sectors, you start from a very low base, but economic activity gradually comes back,” Gian Maria Milesi-Ferretti, deputy director of the IMF’s research department, told Euronews.

The bleak assessment represents a breathtaking downgrade by the IMF. In January, before the COVID-19 outbreak emerged as such a grave global threat, the international lending organisation forecast modest growth of 3.3 percent this year.

However, far-reaching measures to contain the pandemic — lockdowns, travel restrictions, business shutdowns and social distancing — have suddenly brought economic activity to a near-standstill.

“Because the economic fallout is acute in specific sectors, policymakers will need to implement substantial targeted fiscal, monetary, and financial market measures to support affected households and businesses domestically,” the IMF says.

JUST RELEASED: April 2020 World Economic Outlook. The global economy is projected to contract sharply by -3% in 2020 as a result of the #COVID19 pandemic, a much worse contraction than during the 2008–09 financial crisis. Read the latest #WEO https://t.co/93xXDRsg3B pic.twitter.com/LODuvMsrbA

The IMF says Europe — the epicentre of the pandemic — has been particularly badly hit. Economic contractions of 7.5 percent are expected in the euro zone’s 19 countries, and 6.5 percent in the United Kingdom.

“The reason for the very, very sharp downgrade compared to other countries is simply that the epidemic has taken a much larger toll so far on Europe than it has on other parts of the world,” Milesi-Ferretti said in an interview with Euronews’ business editor Sasha Vakulina.

“This is why it is so essential for governments to take really draconian measures to keep firms from going bankrupt, to keep workers from losing their wages. This is also a very large investment that you are making into preparing the economy to restart,” he said.

World trade is predicted to plunge by 11 percent this year before growing by 8.4 percent in 2021.

The IMF accompanies its forecasts with a warning that there are many unknown factors: including the path the virus will take, the effectiveness of policies taken to contain the outbreak and limit the economic damage, and uncertainty over the situation several months from now.

The cumulative loss to global GDP over 2020 and 2021 from the pandemic crisis could be around $9 trillion, greater than the economies of Japan and Germany combined. Read the #IMFBlog on the latest #WEO. https://t.co/5rJQbhTmkm pic.twitter.com/PT0ah9FJiE