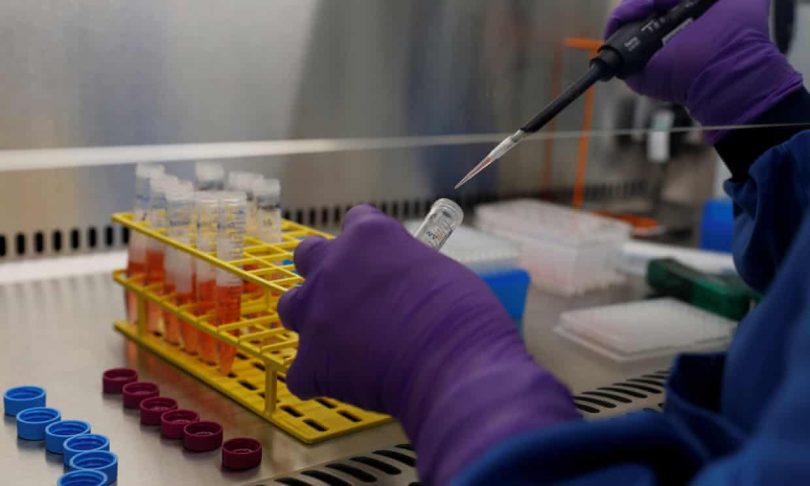 Two of the world’s biggest vaccine companies have joined forces in an “unprecedented” collaboration to develop a Covid-19 vaccine.

GlaxoSmithKline and Sanofi, which combined have the largest vaccine manufacturing capability in the world, are working together on a hi-tech vaccine they say could be in human trials within months.

The pairing is significant because, if successful, the two companies have the capacity to manufacture the hundreds of millions of doses that are likely to be required worldwide.

Emma Walmsley, the chief executive of GSK, described the collaboration as “unprecedented”.

She said: “What is not common is you’ve got two of the biggest vaccine manufacturers in the world coming together. Both bring significant manufacturing capacity. We believe we’ll be able to make hundreds of millions of doses by the end of next year.”

Paul Hudson, the chief executive of Sanofi, said: “As the world faces this unprecedented global health crisis, it is clear that no one company can go it alone. That is why Sanofi is continuing to complement its expertise and resources with our peers, such as GSK, with the goal to create and supply sufficient quantities of vaccines that will help stop this virus.”

Sanofi, which is headquartered in France, announced in February that it was entering the race to make a vaccine and had secured support from the US health department.

GSK is already offering access to its technology to smaller teams, such as a vaccine effort at the University of Queensland, but this is the first collaboration that would have the ability to rapidly scale up manufacturing.

Two companies joining forces, rather than competing, in a vaccine effort is extremely unusual, but the urgent need for a Covid-19 vaccine and the potential scale of the market is also not a typical situation.

The vaccine is based on an existing DNA-based technology that Sanofi uses to make its flu vaccine.

When the coronavirus invades the body, immune cells fight back by producing antibodies. These antibodies bind to specific structures on the foreign invader, called the antigen. In the case of Covid-19 the antigen is a spike-like protein on its exterior.

Sanofi has synthesised a stretch of DNA that encodes the genetic sequence of that protein. When this DNA is inserted into a harmless bacteria in the lab, it churns out little copies of the antigen – but not of the active coronavirus itself– which it hopes will trigger an antibody response, without causing illness.

GSK is contributing an add-on, known as an adjuvant, that can be mixed in with a vaccine to trigger a stronger immune reaction. This could potentially lower the dose required for each person by a factor of four, significantly increasing the speed at which doses can be produced. The same technology was used in the H1N1 flu pandemic, meaning that both GSK and Sanofi are relying on proven technologies that have been used to manufacture vaccines at large scales.

Other efforts around the world are further advanced in terms of testing. The US biotech companies Moderna and Inovio both have candidates in phase 1 trials already, but they are using more experimental technologies that would require entirely new manufacturing capabilities to be built. However, even for established vaccine approaches, trials still need to confirm that the selected candidate produces a protective immune response and it is not yet clear whether people will require booster vaccines to maintain immunity.

On Tuesday, Walmsley said GSK would not profit from the vaccine during the pandemic and that any revenue would be reinvested in scaling up manufacturing and into research on pandemic preparedness.

Richard Hatchett, the chief executive of the Coalition for Epidemic Preparedness Innovations (Cepi), which is funding the development of eight vaccine candidates, said: “The combination of Sanofi’s recombinant technology, which will allow the rapid generation and production of vaccine, with GSK’s proven adjuvant technology, which will allow more doses to be generated from a given production volume, will speed the delivery of vaccines to the world.”

Charlie Weller, the head of vaccines at the Wellcome Trust, said the collaboration was unprecedented, adding: “Never before have we needed to produce a vaccine at this speed and scale, so exploring multiple approaches is essential.”