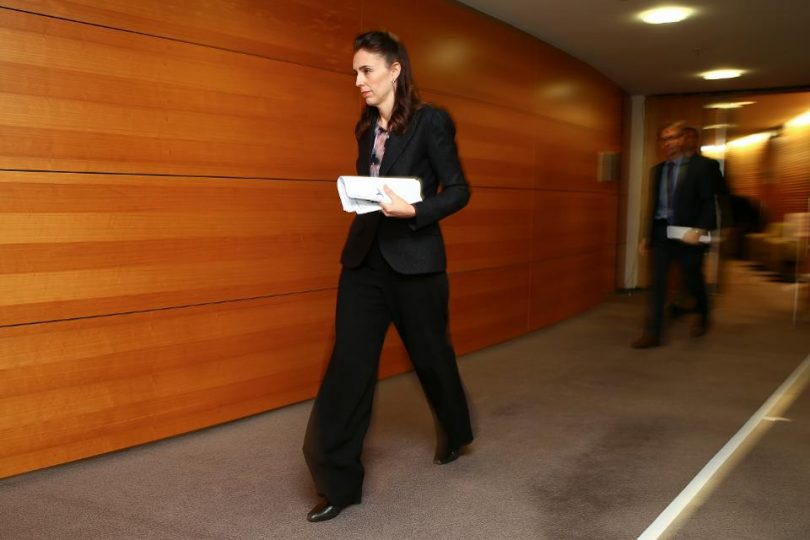 In the aftermath of the 2008 financial crisis, several reports suggested that banks led by a higher proportion of women, as well as countries that enjoyed a higher representation of women in leadership, particularly in the financial sector, suffered less from the global economic crisis. Not unexpectedly, this prompted calls for a more balanced gender ratio in leadership, and at least in Europe governance changes post 2008 increased female board representation in big banks from 15% to 33%. Most famously, Christine Lagarde, then head of the IMF, stated that “If Lehman Brothers had been Lehman Sisters, today’s economic crisis clearly would look quite different.”

With much of the world still shocked and shuttered by the horrid Covid19 pandemic, and insufficient data to identify meaningful trends, let alone make confident predictions, it is no doubt too soon to test whether a similar logic may apply to the current crisis. Needless to say, only around 10% of countries in the world are led by women (who preside over just 4% of the global population), so it would be very hard to report any robust data pertaining gender differences in leadership performance: as heads of state, women are statistical anomalies, almost Black Swan events. 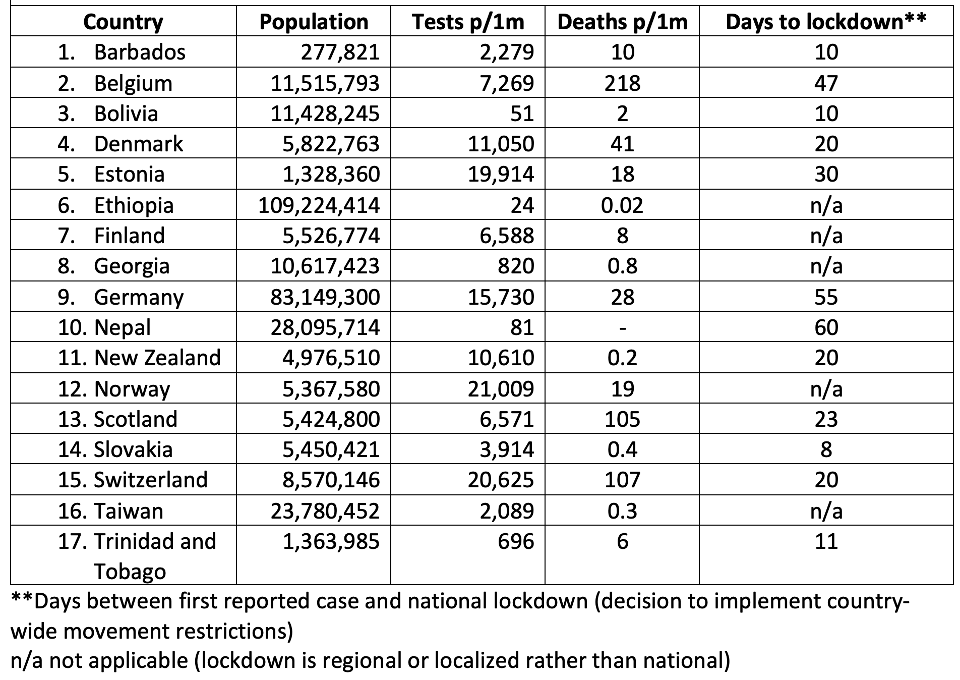 So far, if we look at the nascent trends emerging from how different countries appear to be tackling the Covid pandemic (please refer to this site for up-to-date and full statistics), women do appear to be doing a relatively good job. Or, at least, we can safely suggest that the performance of countries with female heads of state, and this is a very small category, has so far been quite positive (see Table above). For example, Germany has tested more people per capita (15,730 per 1 million people) than any other large country in the world, which probably contributed to its very low per capita death tool (28 per 1 million people). Compare this to the UK (4,155 tests and 105 deaths per 1 million people), or France (3,436 tests and 167 deaths per 1 million people). Or Slovakia, which implemented one of the quickest nationwide lockdowns in the world (just 8 days after the first confirmed case) and reports one of the lowest covid19 death tools in Europe (0.4 per 1 million people). Slovakia was also quicker than most countries at implementing strict guidelines promoting the use of masks and gloves, including in government officials. Among smaller, high tech and wealthier economies the Nordics, Switzerland and Taiwan stand out not just for their ability to handle the crisis so far, but also for being female led.

To be sure, even if the above trends signaled a strong gender difference (and that’s a big “if” given the uneven gender ratio and small sample size of female heads of states), that would still not be sufficient to assume clear causality. First, there are many confounding factors to consider when selecting the performance indicators that we use to assess whether countries are doing a good job or not. Second, even if we agree that certain statistics are indicative of performance, such as mortality per capita or test per capita, there are multiple factors that explain variability between countries, other than the leader or person who is currently in charge. Clearly, historical differences in resources, social norms, culture, and policies, as well as geographical circumstances, will influence a wide range of performance indicators. Third, even if gender did correlate with performance, the causal direction could just as well be reversed, such that factors associated with better national performance in the face of a pandemic also increased the probability of selecting (or ending up with) a female head of state. For instance, cultures that see leadership as less masculine may not just be more likely to have women in charge, but also more likely to act in empathetic, collectivistic, altruistic, and risk-averse ways, all of which reduce the damage of a contagious virus. When it comes to handling a disease, this is not a trivial or metaphorical matter: the traditional approach to facing illnesses (a stoic, seemingly tough or macho attitude conveying a sense of invincibility) is a particular liability in the face of pandemics, especially if you are in charge, and people look to you to for guidance on how to behave. In that sense, the best approach for facing a pandemic may not depend on biological gender (females vs. males), but on psychological gender orientation (femininity vs. masculinity). While there is traditionally some overlap between biological and psychological gender, and one may perhaps guess that Jacinta Ardern, the New Zealand PM, would score higher on femininity than Jair Messias Bolsonaro, the Brazilian president, we need data to tell (even if Mr Bolsonaro agrees).

That said, while the current data may be insufficient to draw solid conclusions about women’s relative ability to guide their countries’ through a pandemic, other data, from large quantitative studies on gender and leadership, do support the idea that women are better equipped for handling a health crisis, including a pandemic. Even if the issue at stake is just focused on a specific range of decision-making tendencies or cognitive biases, such as reckless risk-taking, overconfidence, and hubris (all of which are more common in men than women), it is intuitive to see the logic for reducing risk by increasing the number of women in charge.

Perhaps more strikingly, we have known for many decades that there are consistent and significant gender differences in health-related behaviors, which overwhelmingly favor women. Compared to men, women are not just at lower risk of covid19, but the vast majority of health problems and illnesses, and their lower risk appetite, reckless impulsivity, and higher conscientiousness, explain why women everywhere tend to outlive men, and why they are generally better able to manage their health than men are. In that sense, the good news for women is that they don’t need to be led by women in order to outperform the average men when it comes to health matters, including staying safe during pandemics. For the same reasons, one would expect female leadership to be particularly beneficial for men.