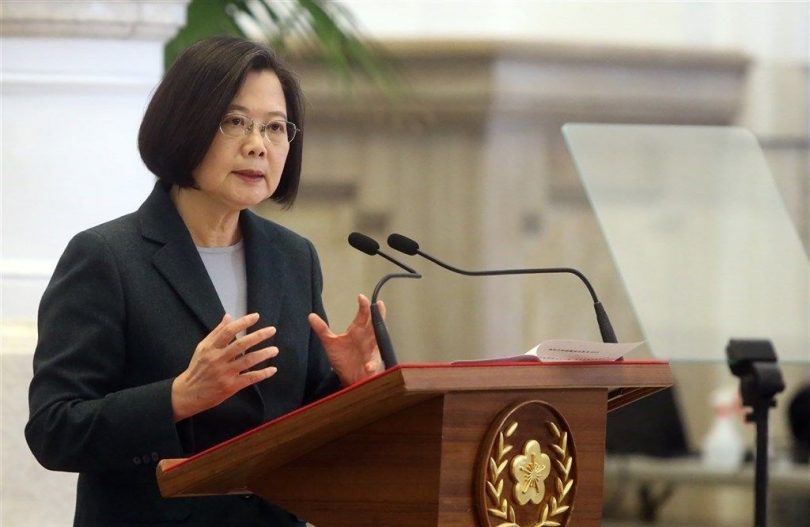 Taipei, April 14 (CNA) Taiwan’s President Tsai Ing-wen (蔡英文) was praised as one of the world’s female leaders to have shown “true leadership” during the COVID-19 crisis, according to a Forbes magazine article published Monday.

Tsai was also lauded for her “decisiveness” in introducing a series of pandemic control measures that successfully contained the outbreak in Taiwan.

In the article titled “What Do Countries With The Best Coronavirus Reponses Have In Common? Women Leaders,” published online by the American business magazine, Tsai was listed as an example of a female leader who has been successful in the fight against the coronavirus disease.

In the article written by Avivah Wittenberg-Cox, Tsai was chosen because of her government’s quick response to the COVID-19 pandemic in the country, a decision lauded as one of “the first and fastest moves” around the globe.

“Back in January, at the first sign of a new illness, she (Tsai) introduced 124 measures to block the spread, without having to resort to the lockdowns that have become common elsewhere,” the article says.

The article also notes that Taiwan is now sending 10 million face masks to the U.S. and Europe, and cites CNN as saying that Taiwan’s measures against the pandemic are “among the world’s best responses,” and have managed to keep fatalities to six so far.

Asked to comment, Presidential Office Spokesperson Xavier Chang (張惇涵) said Tsai attributed the country’s success at containing the coronavirus disease so far to the collaboration of all nationals and different branches of government.

“Taiwan will continue to show its strength in combating the COVID-19 to the international community and demonstrate its willingness to contribute to the global fight against the disease,” Chang said.

Chang also said the magazine’s recognition of female leadership worldwide exemplified Taiwan’s success in pushing for gender equality which the country will continue to do.

As of Tuesday, Taiwan has reported 393 confirmed COVID-19 cases with six deaths. Tuesday also marked the first time in 36 days the country had no new confirmed case reported in a single day.