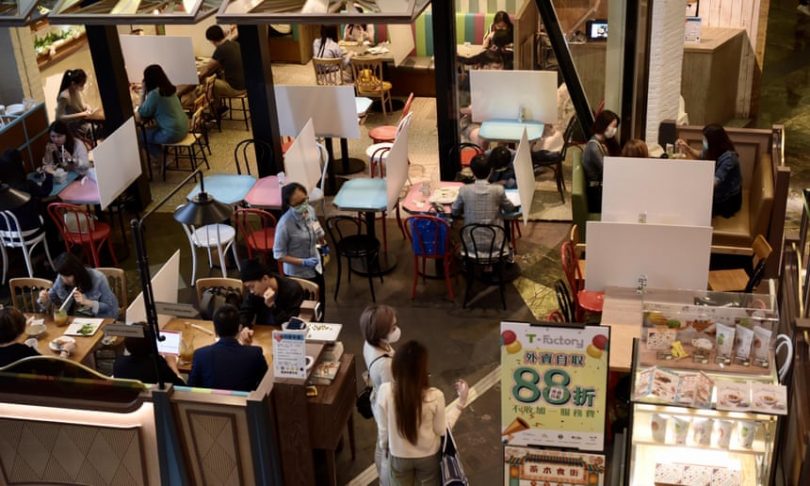 Governments in Europe and the US can learn from Hong Kong, which has kept infections and deaths from Covid-19 low without resorting to the socially and economically damaging lockdown that the UK and other countries have imposed, scientists say.

Hong Kong, with a population of nearly 7.5 million, had had just 715 confirmed cases of Covid-19 infection, including 94 asymptomatic infections, and four deaths as of March 31, according to a new study published on Friday in the Lancet.

Early in the pandemic, it was thought to be at significant risk because of travellers arriving from mainland China, but since early February the outbreak has appeared to be under control.

The semi-autonomous city took the route that the World Health Organization recommends and embarked on a rigorous programme of testing everyone with symptoms. Those who tested positive were quarantined in hospital. All their contacts over recent days were traced and instructed to self-isolate. In early March, about 400 outpatients and 600 inpatients were being tested every day.

Strict controls were brought in at the borders. Anyone arriving from mainland China or a country with Covid-19 cases was required to go into quarantine for 14 days. Holiday camps and new but unoccupied housing estates were turned into quarantine facilities. Schools were closed and people were encouraged to work from home if they were able to.

The UK and other European countries also implemented testing and contact tracing in the early weeks of their own epidemic. But as the numbers grew, testing and tracing was abandoned in favour of strict lockdown measures to keep people in their homes and prevent them mixing.

But Hong Kong has not had that sort of lockdown. Although people were not required to stay at home, they chose to change their behaviour, says the paper in the Lancet Public Health journal.

In a survey in March, 85% of respondents reported avoiding crowded places, and 99% reported wearing face masks when leaving home, which the authors say is an indication of their concern.

During the Sars outbreak in 2003 that affected Hong King severely, causing 299 deaths, 79% of the population wore masks, but only 10% in the swine flu pandemic of 2009.

The scientists estimate that the reproductive rate – the average number of people infected by each person who has the virus – has remained at one over the eight weeks from the beginning of February when measures were put in place. That means no acceleration of the epidemic.

Prof Benjamin Cowling from the University of Hong Kong, who led the research, said Hong Kong shows how the disease can be kept to a low level without the economic and social damage that European countries and the US are experiencing.

“By quickly implementing public health measures, Hong Kong has demonstrated that Covid-19 transmission can be effectively contained without resorting to the highly disruptive complete lockdown adopted by China, the US, and western European countries,” he said. 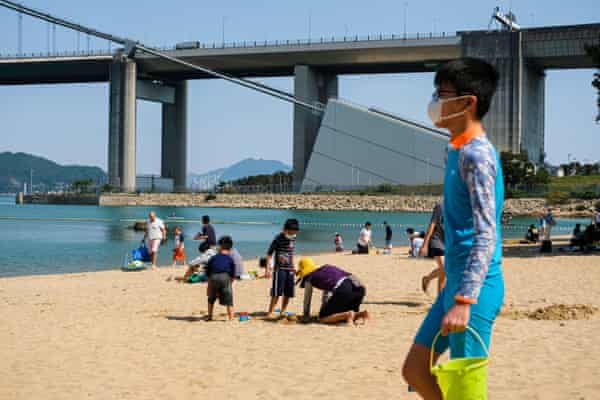 “Other governments can learn from the success of Hong Kong. If these measures and population responses can be sustained, while avoiding fatigue among the general population, they could substantially lessen the impact of a local Covid-19 epidemic.”

The team of scientists examined whether influenza levels dropped as a result of physical distancing and behaviour change in Hong Kong, as a proxy for Covid-19 transmission in the community.

The two diseases are transmitted in similar ways. Flu transmission was reduced by 44% during February after school closures. Schools were also closed during swine flu in 2009, but that led only to a drop of 10-15% in flu transmission.

“The speed of decline in influenza activity in 2020 was quicker than in previous years when only school closures were implemented, suggesting that other social distancing measures and avoidance behaviours have had a substantial additional impact on influenza transmission,” said the report’s co-author, Dr Peng Wu, from the University of Hong Kong.

“As both influenza and Covid-19 are directly transmissible respiratory pathogens with similar viral shedding dynamics, it’s likely that these control measures have also reduced Covid-19 transmission in the community.”

She added that Hong Kong’s population was more aware of the need to change their behaviour because of the experience of past infectious disease outbreaks.

“To me this paper is very timely and provides important evidence that should influence our own plans for moving away from lock-down,” said Paul Hunter, professor in medicine at the University of East Anglia.

“Although one cannot always extrapolate from an Asian to a European country, the Hong Kong approach could provide us with a way of easing the severity of the lockdown without risking case numbers increasing again.”

“As one of the most heavily affected [areas] during the Saras epidemic in 2003, Hong Kong is better equipped to contend with an outbreak of Covid-19 than many other countries,” she said.

“Improved testing and hospital capacity to handle novel respiratory pathogens, and a population acutely aware of the need to improve personal hygiene and maintain physical distancing, put them in good stead.”

Cowling was unable to say whether the policy of testing, contact tracing and isolation had been the most important measure. “That is a really important question and one which we have not yet been able to answer. We think most likely it is a combination of measures that works well. Social distancing slows transmission and prevents large outbreaks, allowing test and trace to keep up,” he said.

The extensive contact tracing and quarantine would be the most difficult element to replicate, he said. “In Hong Kong we have designated facilities for quarantine outside of the home, and also procedures for strict enforcement of home quarantine. Individuals with higher risk of infection (perhaps greater exposure to infection) would be quarantined outside the home, and those with lower risk would be placed in home quarantine for 14 days.”