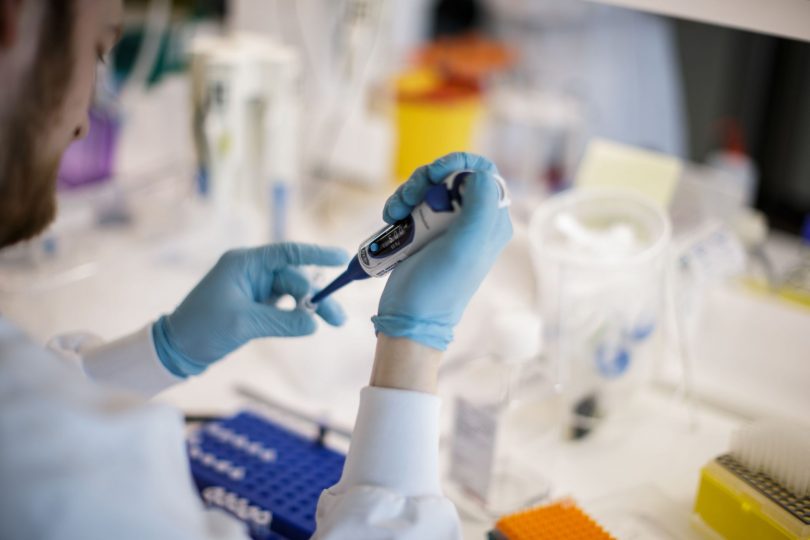 The current estimates for “hidden” coronavirus cases are likely wrong. Antibody tests can fix that, helping to lift stay-at-home orders.

As the coronavirus continues its global march, it’s clear that a significant number of cases are very mild or cause no symptoms at all. Yet people with these stealth infections can still shed the virus and spread the disease, creating a swirl of confusion about how many cases may actually exist worldwide—and how we can hope to contain the pandemic.

Early estimates for asymptomatic cases are inconsistent. On Sunday, Anthony Fauci, director of the U.S. National Institute of Allergy and Infectious Diseases, suggested that the number could be as high as 50 percent, double the tally previously estimated by the Centers for Disease Control and Prevention. Other studies have reported estimates as low as 18 percent aboard the Diamond Princess cruise ship, and 42 percent in Japanese evacuees from Wuhan, China. Chinese officials started tracking asymptomatic cases this month, and they report a rate of 60 percent so far.

The wildly varying percentage “reflects that the population and the study design and the timing of the study makes a big difference,” says the University of Hong Kong’s Keiji Fukuda, who previously led several World Health Organization’s outbreak response teams.

Fortunately, it’s possible to detect when someone has had one of these clandestine infections. Serological assays, or tests that look for proteins called antibodies in a person’s blood, can reveal whether a person has unknowingly been infected even long after they have recovered.

Knowing the true number of hidden cases will be crucial for determining how deadly COVID-19 actually is, and understanding how coronavirus antibodies work will help scientists working on vaccines.

Perhaps most importantly, serological tests can identify who is now immune to the disease, clearing people to return to work and helping to forecast the chances of future epidemic waves.

“We kind of fumbled the [genetic] testing for the virus,” says Yale University’s Nicholas Christakis, a sociologist and physician. “But we don’t have to fumble the testing for the immunity phase.”

Serological assays have been a well-established feature of the medical scene for more than 50 years. Testing for antibodies is different from the tests used to diagnose people who are showing symptoms. Those diagnostic tests work by recognizing portions of the coronavirus genome, and they require the virus to be present in a person’s body.

That viral material vanishes once a germ is vanquished. But the human immune system makes antibodies that target the pathogens for destruction, and those antibodies often stick around for years to confer lasting immunity.

One popular method used to look for antibodies is the enzyme-linked immunosorbent assay, or ELISA, which is ideal for fast, inexpensive testing that can survey dozens of people at a time. This rapid method helped solve a mystery in Singapore, where two people with mild, undiagnosed illnesses were a decisive link between two micro-outbreaks of coronavirus, unknowingly transferring the disease from one church to another and ultimately infecting more than two dozen people.

“ELISA can be done in half a day,” says Danielle Anderson, a virologist at Duke-NUS Medical School in Singapore who developed the serology test used to link the church disease clusters. “It’s faster, equally accurate, and doesn’t require containment—you don’t have to handle the virus or anything.”

“You can see it by eye,” says Fatima Amanat, a graduate student at Mount Sinai’s Icahn School of Medicine who developed an immunoassay for SARS-CoV-2 in early March. One of the challenges in developing her assay was obtaining blood from COVID-19 patients who had been battling the disease for at least 10 days—a crucial step in making sure the test identified the right proteins, which are slow to reach detectable levels.

That’s because the body can’t make new antibodies overnight. So, serological assays are most useful after an infection has matured, says Elitza Theel, director of the Mayo Clinic’s Infectious Diseases Serology Laboratory. Looking for some antibodies too early in the disease process—before the immune system has made them—can produce a false negative result. Recently, scientists studying COVID-positive patients in China reported that it takes between 11 and 14 days for circulating antibodies to become detectable in blood.

“Timing is everything when it comes to the accuracy of the result,” Theel cautions.

Many labs are now developing serological assays, as the U.S. Food and Drug Administration has relaxed a series of regulations that normally govern such tests. In the United States, the first commercial version was approved on April 2, and the agency keeps a running list of the academic labs and companies who’ve indicated their intent to make them.

Lessons from the blood

Having enough tests on hand is critical for tracking the hidden spread of coronavirus across a nation, one of the first steps in halting outbreaks and preventing future reinfections. Epidemiologists say that testing a small, random sample of a population, perhaps one percent, could be enough to pin down the scope of the pandemic in a place like the United States.

“The more accurately we know the percentage of individuals that are infected, the more specific we can be around the recommendations,” says Samuel Scarpino, who runs the Emergent Epidemics Lab at Northeastern University.

Already, efforts to identify the extent of infections are underway. Italian authorities tested every resident in the quarantined town of Vò (population 3,000) and found that roughly half of infections were asymptomatic. In Telluride, Colorado, the biotech company United Biomedical is providing serological assays for all 8,000 residents.

Large-scale screenings are being set up in Iceland, the Netherlands, Singapore, Germany, and the United Kingdom. And on April 10, the U.S. National Institute of Allergy and Infectious Diseases began recruiting 10,000 volunteers to participate in a randomized serology survey.

Accounting for the undiagnosed, asymptomatic, or mild cases of COVID-19 in a population can help identify who is immune and can return to work. That information could be especially valuable for health-care workers and first responders, and is widely sought after as businesses struggle under continued lockdowns.

“I’ve gotten dozens of emails and contacts from people saying, I had this pretty serious respiratory illness back in January—can you test me to see if I actually had SARS-CoV-2?” says Robert Garry, a virologist at Tulane University who develops serological assays. “We need to go get blood from these people and see.”

As well, testing for immunity can determine how resistant a population is to secondary waves of infection. If a large proportion is resistant, then the illness is unlikely to take hold again and spread like wildfire. However, if the percentage that’s resistant is low, then relaxing restrictions on mobility and socializing too soon increases the chance of another outbreak.

“The economic consequences of being wrong about the percentage of people that actually got infected are sufficiently large that we really need to make an investment into this research nationally,” Scarpino says.

Serological tests will also help pinpoint how deadly COVID-19 is. Currently, the death rate is likely inflated, says epidemiologist Martin Hibberd of the London School of Hygiene and Tropical Medicine. Since most cases have so far been diagnosed when patients seek medical care, scientists have essentially been estimating the hospital fatality rate, he says. Adding milder infections to the case total should decrease the proportion of fatalities in the total caseload.

Lastly, as serologic assays are deployed, scientists can gather a wealth of information about how the human body mounts an immune response to SARS-CoV-2. Right now, it’s not clear how long or how strong that response is, although comparisons to the SARS outbreak and results from a COVID-19 study in rhesus macaques suggest that immunity could last for more than a year.

“The emergence of immunity—that’s the endgame for this pandemic,” says Yale University’s Christakis. “The virus is going to keep infecting us until it’s reached every possible person it can. The only way to stop it in the end is the development of natural immunity or by vaccination.”