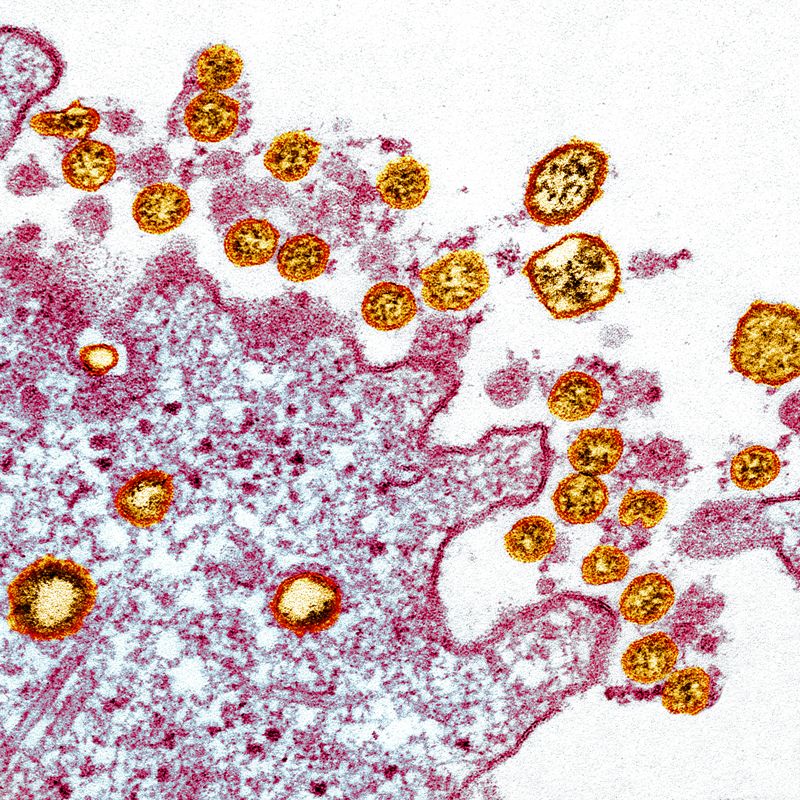 Study estimates a more than 50-fold increase in coronavirus infections compared to official cases, but experts have raised concerns about the reliability of antibody kits.

Widespread antibody testing in a Californian county has revealed a much higher prevalence of coronavirus infection than official figures suggested. The findings also indicate that the virus is less deadly than current estimates of global case and death counts suggest. But some scientists have raised concerns about the accuracy of kits used in such studies because most have not been rigorously assessed to confirm they are reliable.

An analysis of the blood of some 3,300 people living in Santa Clara county in early April found that one in every 66 people had been infected with SARS-CoV-2. On the basis of that finding, the researchers estimate that between 48,000 and 82,000 of the county’s roughly 2 million inhabitants were infected with the virus at that time — numbers that contrast sharply with the official case count of some 1,000 people reported in early April, according to the analysis posted today on medRxiv. The work has not yet been peer reviewed.

The results are some of the first of more than a dozen ‘sero-prevalence surveys’ being carried out in cities worldwide to try to estimate populations’ true infection rates, in the absence of widespread diagnostic testing. The World Health Organization is also running a global sero-prevalence study, known as Solidarity II.

Many surveys are using commercial antibody kits to detect antibodies against the virus in blood samples. The presence of SARS-CoV-2-specific antibodies reveals that a person had been infected for at least a week earlier, even if they have had no symptoms.

“A sero-survey gives you a snapshot in time of who is infected in your given population,” says Kanta Subbarao, a virologist at the Peter Doherty Institute for Infection and Immunity in Melbourne. This is especially important for an infection such as SARS-CoV-2, for which some people show no symptoms, or only mild ones, she says.

When combined with information about age, gender, symptoms, co-morbidities and socioeconomic status, these surveys can also help to answer questions about factors such as the role of children in spreading the infection, and the portion of cases that are asymptomatic.

“This is a really inexpensive way to get an incredible amount of information,” says Jayanta Bhattacharya, a health economist at Stanford University in California and a co-author of the study.

News of the Santa Clara analysis follows preliminary results from a similar study in Germany, released on 9 April, that tested some 500 people in a village of more than 12,000 and found that one in seven had been infected with SARS-CoV-2. The German team also looked for active infections, using diagnostic tests based on the polymerase chain reaction, and when those figures were combined with those who had antibodies, estimate that the town’s overall infection rate was 15%.

But this result might not be indicative of what’s happening across Germany, says virologist Christian Drosten, who heads the Institute of Virology at the Charité university hospital in Berlin, because many people in the town celebrated at a carnival in February. “There was a big point source outbreak in that village,” he says.

The fact that both studies detected much higher rates of infection than official figures suggest is not surprising, says Peter Collignon, a physician and microbiologist at the Australian National University in Canberra. The virus had been spreading in the United States and parts of Europe for at least a month before it was detected as spreading in the community.

But Collignon notes that the commercial antibody tests used in both studies were evaluated onusing only a small number of people, which could also affect the accuracy of the survey results.

Antibody kits aren’t just being used for population studies. Kits are also being marketed for testing whether individuals have had the disease. But experts warn that most tests haven’t been rigorously evaluated to ensure they are reliable.

How deadly is SARS-CoV-2?

Sero-surveys can also provide a better estimate of how deadly a virus is, using a measure known as the infection fatality rate (IFR) — the proportion of all infections, not just those confirmed through clinical testing, that result in death.

An accurate IFR can improve models being used to decide public-health responses. If a disease turns out to be less deadly than previously estimated, this could reframe discussions around the measures being introduced to contain it, and their economic and social impact, says Neeraj Sood, a health economist at the University of Southern California in Los Angeles, who is leading a separate antibody study in Los Angeles and is also a co-author in the Santa Clara study. “We are trying to prevent the spread of disease, but at the same time we have rising unemployment in the US because of the preventive measures, so there is a trade-off here,” he says.

Figures vary in different places for several reasons, including the age distribution of the population and the extent of testing.

Fatality rate estimates have been revised down over time as more people have been tested and researchers have gained more insight into less-severe cases, as happened with swine flu in 2009, says Eran Bendavid, a population-health researcher at Stanford University who led the Santa Clara study.

But scientists have concerns about the reliability of antibody tests, particularly in regards to the number of false positives they produce, which could inflate infection rate estimates.

The Santa Clara study reports using a kit purchased from Premier Biotech, based in Minneapolis, Minnesota. According to the preprint, the manufacturer’s kit performance data noted 2 false positives out of 371 true negative samples.

But with that false positive rate, a large number of the positive cases reported in the study — 50 out of 3300 tests — could be false positives, says Marm Kilpatrick, an infectious disease researcher at the University of California Santa Cruz.

To ensure a test is sensitive enough to pick up only true SARS-CoV-2 infections, it needs to be evaluated on hundreds of positive cases of COVID-19 and thousands of negative ones, says Michael Busch, an infectious-diseases researcher and director of the Vitalant Research Institute in San Francisco, California, who is also leading a sero-prevalence survey. But most kits have not been thoroughly tested, and health agencies are particularly concerned about the accuracy of some rapid tests, says Busch.

The researchers involved in the Santa Clara study say that they assessed the sensitivity and specificity of the antibody tests in an initial 37 positive samples and 30 negative controls. The tests identified 68% of the positive samples and 100% of the negatives. An unpublished follow-up assessment in 30 positive and 88 negative controls found that the test correctly identified 28 positives and all 88 negatives, says Bendavid.

Bendavid says they adjusted for the test kit’s performance and differences in the survey population relative to the county to estimate the prevalence of SARS-CoV-2 in Santa Clara. Survey participants included a higher proportion of white, female and affluent individuals than is found in the county’s population.

Kilpatrick says another potential source of bias in the study is that participants were recruited using social media. As a result, the sample could include a disproportionally higher number of people who thought they were exposed to the virus and volunteered to get tested, he says. “The real prevalence might be half as high, a tenth as high, or it might even be the number presented in the paper – we don’t know because recruiting participants over Facebook presents an unknown bias,” he says

Bhattacharya says the results probably undercount the prevalence in the wider population, because they miss anyone who has been infected too recently to have mounted an immune response, and exclude people in prisons, nursing homes and other institutions.

Results are expected soon from sero-prevalence surveys run by other groups around the world, including teams in China, Australia, Iceland, Italy, Germany and several others in the United States.