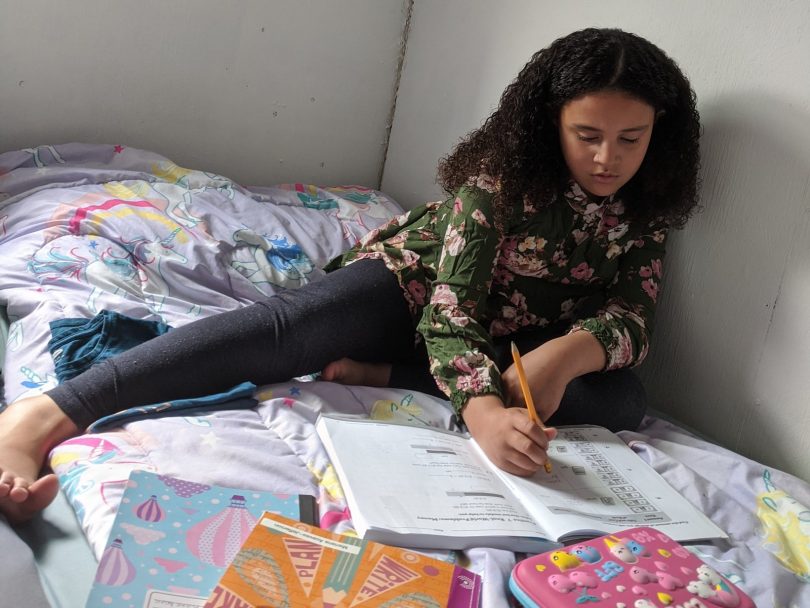 Eight-year-old Mariana Aceves is doing her math homework — subtraction by counting backward — while sitting on the bed she shares with her mom, Lorena Aceves.

They’re sitting on the bed because they have nowhere else to go. They live in an 8-foot-by-12-foot room called a tiny house. It’s part of Seattle’s transitional housing, where people experiencing homelessness can live until they find a job and a place of their own.

There’s room for the bed they share, a TV shelf and “a little tiny plastic dresser.”

“And then all of our clothing and our food goes underneath our bed,” Lorena Aceves says.

Tens of millions of kids are taking classes online at home right now because of the coronavirus pandemic. That’s hard enough for most families. But if you’re homeless and have no computer, sketchy Wi-Fi and no quiet place to study, it’s even more difficult. That’s the case for the 1.5 million schoolchildren currently experiencing homelessness across the United States.

When Seattle’s schools closed in March, Aceves had to quit her new job because she couldn’t find child care. She and her daughter have been holed up in their tiny house ever since.

“It’s the boredom,” Aceves says, “and me trying to reach out and find resources — work, a car, things like that — while also making sure that she’s entertained.”

Aceves and her daughter have a tiny amount of private space. Other homeless families have no privacy at all. 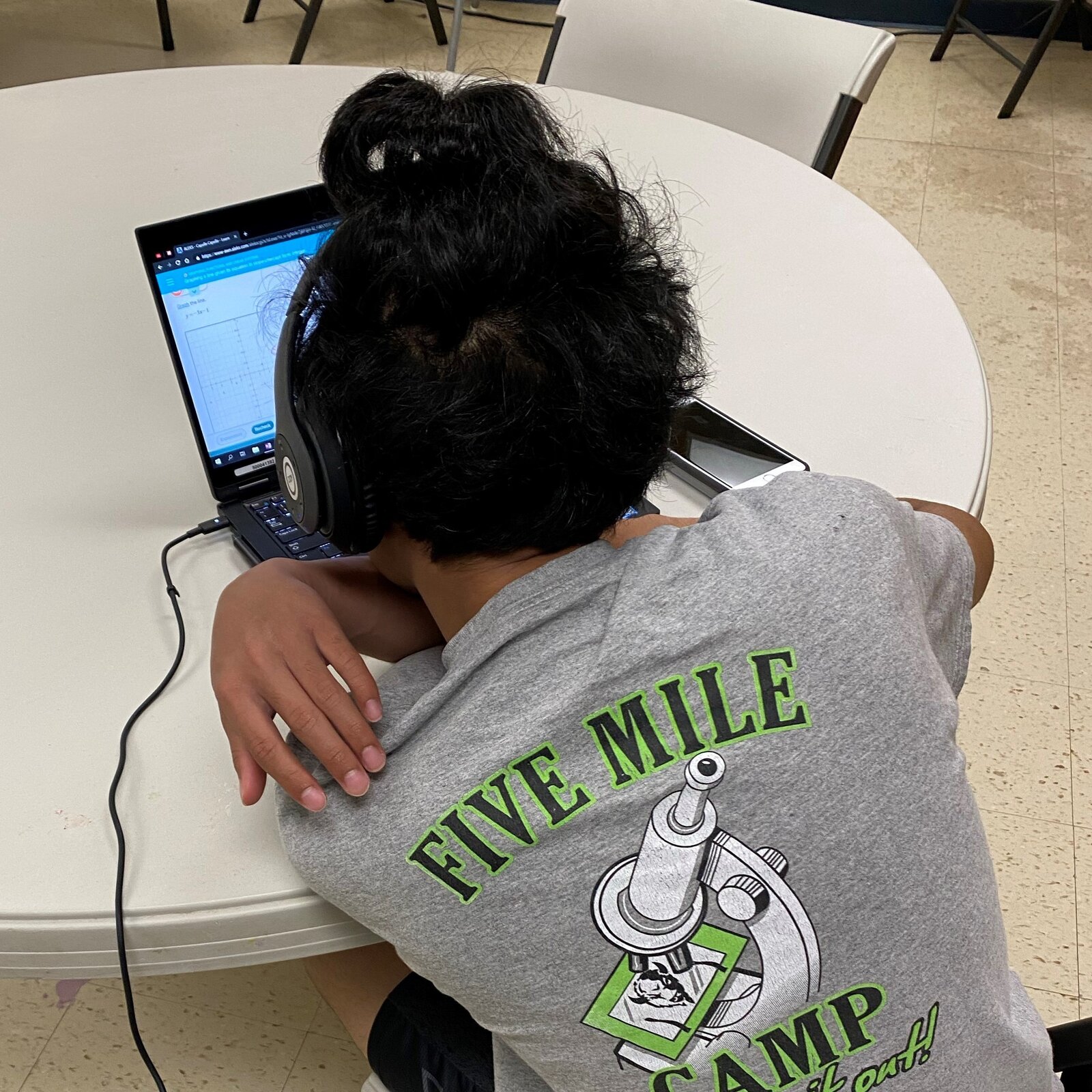 Sixteen-year-old Capelle Belij is living with his parents at a shelter, part of a network of family shelters in the Seattle area run by the nonprofit Mary’s Place.

The Belijes share a room with two other families, divided only by curtains.

“My friends, like, come up to my bed space and ask if I want to play or something,” Belij says. “If we had our own place, I could learn better.”

“I can’t really find a specific space where it’s, like, quiet and calm and I can actually have Wi-Fi,” Aguilar says.

Since Aguilar’s shared bedroom doesn’t have Wi-Fi, she ends up in the living room or kitchen with the rest of her family.

“And they just, like, continue their chaotic life of yelling and screaming and, like, playing music and listening to the TV and cooking,” she says.

“We’re definitely very concerned with there being an achievement gap during this time,” says Tisha Tallman, executive director of the National Center for the Education of Homeless Children and Youth. “The longer this goes, the more likely our children are to fall behind.”

And, Tallman adds, schools provide much more than an education. Many homeless kids get two meals per day there, and they rely on it as a safe and stable place to be.

Back in her tiny house, Lorena Aceves is trying to keep her daughter’s education on track with a strict schedule of math, reading and typing.

“Even though this is frustrating,” Aceves says, “we are having this time together, and that’s something typically that we don’t have.”

Aceves says it’s good to feel close to her daughter during a time that she has to stay far away from nearly everyone else.