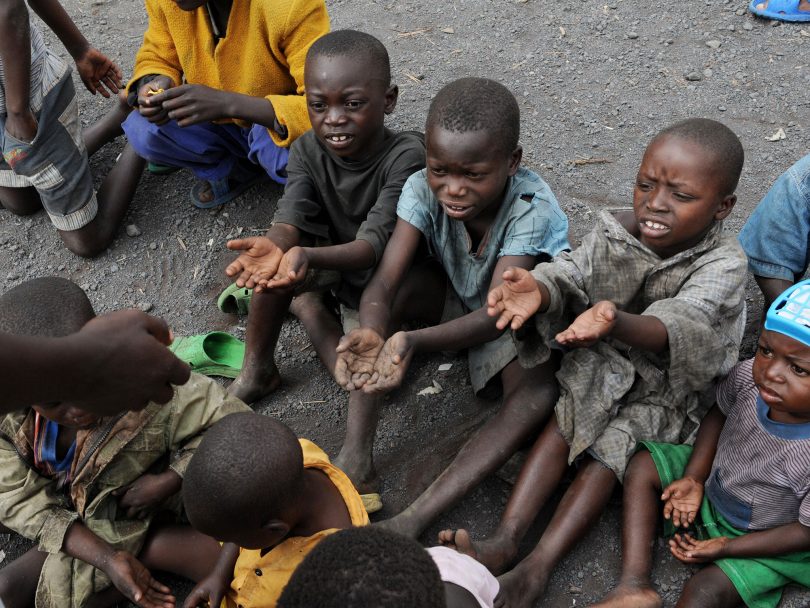 Experts warn that the ongoing Covid-19 pandemic will cause global famines of ‘biblical proportions’.

The world is likely to witness a long spell of widespread hunger, estimated to double this year to 265 million as a result of the Covid-19 pandemic’s economic fallout, according to the latest report of the United Nations World Food Programme (WFP).

According to the UN, at present, 135 million people are already in the acutely hungry category, and the pandemic has the potential to leave an additional 130 million people in that category.

“Millions of civilians living in conflict-scarred nations, including many women and children, face being pushed to the brink of starvation, with the spectre of famine a very real and dangerous possibility,” World Food Programme (WFP) Executive Director David Beasley said during a virtual session of the UN Security Council on Tuesday.

He added that a total of 265 million people across the world could be pushed to the brink of starvation by the end of this year.

The UN and world experts are calling on governments for swift action to provide food and humanitarian relief to those who live in the most-at-risk regions.

Beasley also mentioned that 36 countries around the world may face famine as a part of the pandemic’s impact.

“In a worst-case scenario, we could be looking at famine in about three dozen countries, and in fact, in 10 of these countries, we already have more than one million people per country who are on the verge of starvation. In many places, this human suffering is the heavy price of conflict,” Beasley said.

As the crisis would push more than 260 million people to the brink of starvation worldwide, Chief Economist of the World Food Programme, Dr. Arif Husain said: “Covid-19 is potentially catastrophic for millions who are already hanging by a thread.”

“It is a hammer blow for millions more who can only eat if they earn a wage. Lockdowns and global economic recession have already decimated their nest eggs. It only takes one more shock-like Covid-19 – to push them over the edge. We must collectively act now to mitigate the impact of this global catastrophe,” Husain added.

The Global Report on Food Crises by the UN Food and Agriculture Organisation warns that global hunger is expected to be the next biggest impact of Covid-19 pandemic. It said that in some of the poorest countries around the world they could possibly face trying to save people stricken by the virus only for them to fall prey to hunger.

The UN Secretary General Antonio Guterres stressed that the report must be seen as a call for swift action.

In the foreword of the report, Guterres said: “The upheaval that has been set in motion by the Covid-19 pandemic may push even more families and communities into deeper distress.”

He added: “At this time of immense global challenges, from conflicts to climate shocks to economic instability, we must redouble our efforts to defeat hunger and malnutrition. We have the tools and knowhow. What we need is political will and sustained commitment by leaders and nations.”

The report also stressed as it anticipated the world may face new food price rises like 2007 and 2008 which caused upheaval across the Middle East, Asia, and Latin America that is still being felt.

Food protectionism amid a possible shortage

Since the pandemic has disrupted healthcare systems worldwide even in the world’s biggest economies, only limited data is available on its spread in developing countries where testing is not widespread.

While it is expected that the global recession will have a massive impact on food supply chains just as in all walks of life, limited health services in these developing and under-developed countries are likely to be overwhelmed which raises concerns for the people working in the informal economies including 79 million refugees and displaced people.

As the UN warns the world about possible impacts of food protectionist measures, a shortage in the labour force as they due to people contracting the virus and rising unemployment would be the main reasons that drive more people into hunger.

The report also stressed that some of the poorest nations “may face an excruciating trade-off between saving lives or livelihoods or, in a worst-case scenario, saving people from the coronavirus to have them die from hunger”.