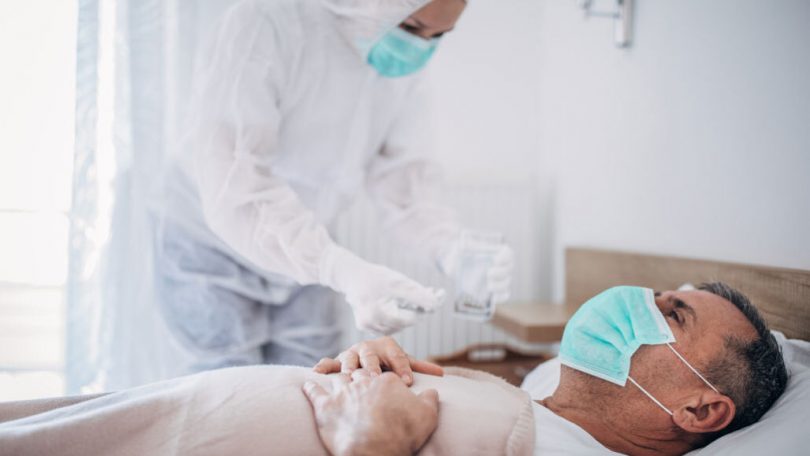 With more men than women developing severe illness and dying from COVID-19, sex differences that influence the immune system may offer answers.

The bias in COVID-19 deaths appeared in the first reports out of China and has also been revealed in countries that break down their mortality data by sex. Of Italy’s 21,551 deaths recorded as of April 20, 64 percent were men. In Spain, 59 percent of the 12,634 deaths as of April 21 occurred in men. Germany had recorded 4,598 deaths by April 21, with 58 percent in men.

The United States does not separate out national COVID-19 mortality by sex, but some states do. New York has the highest number COVID-19 deaths in the country, and as of April 21, 60 percent of 15,302 deaths were in men.

Some of that discrepancy could be because men are more likely than women to have other health problems, such as hypertension and diabetes. These are among the underlying conditions that raise the risk for severe COVID-19 disease, the U.S. Centers for Disease Control and Prevention reported April 3.

Another possible culprit is the immune system itself. The many proteins that work together to defend the body against viruses do not operate exactly the same way in males and females. Those biological differences, driven by sex hormones and genes, may be guarding some women from the deadliest complications of COVID-19.

In general, females mount a stronger immune response than males, studies have found. This makes women overall less susceptible to viral infections than men, although how each individual fares is another matter. A stronger immune response also means females are more likely to develop autoimmune diseases, when the immune system attacks one’s own tissue; conversely, a toned down immune response makes males more prone to having a host of malignant cancers.

The sources of the stronger female immune response can be found in both the innate and adaptive immune systems, says Sabra Klein, a virologist at the Johns Hopkins University Bloomberg School of Public Health. The innate system provides the first response against a virus, while the adaptive system’s contribution is slightly delayed by the time needed to ramp up antibody production against a new intruder.

One component of the innate immune system is called toll-like receptor 7. This protein can recognize molecules found on viruses, thereby outing the pathogens as foreign. The gene for toll-like receptor 7 resides on the X chromosome. Because females have two copies of the X, the body silences one (SN: 4/8/03), allowing for the right “dose” of X chromosome genes. But some genes escape the shut down, and there is evidence that this is true for the gene for toll-like receptor 7, researchers reported in Science Immunology in 2018. That can lead to more of the protein being made, giving females more guards looking out for intruders.

Having more toll-like receptor 7 can help jump start and enhance the next steps of the innate immune system. “You want fast recognition, you want fast responses,” Klein says. “This is how you start to activate the army of immune responses that are going to be needed to clear an infection.” One of those steps is the release of interferons, proteins that direct major factions of the body’s immune response. In studies that measure levels of interferons in blood or in cells grown in a dish, researchers overall see “greater production of these interferons in females as compared with males,” says Klein.

As the adaptive immune system gears up, women can get a boost over men again. The amount of antibody produced, as well as the quality of those antibodies, or the strength with which they bind to the virus, tends to be greater in females compared with males, Klein says. Female mice produced more neutralizing antibodies — the type which stop an infection by preventing the virus from entering cells — and more total antibodies against influenza A virus after infection compared with males, Klein and colleagues reported in Vaccine in 2011.

The female hormone estrogen also influences the innate and adaptive immune systems. The hormone can regulate a variety of different genes for immune system proteins. For example, estrogen can stimulate the production of interferons, says Klein. And some of the genes that are associated with directing the response of B cells, which make antibodies, are regulated by estrogen.

All of these findings come from research with other viruses, and haven’t yet been studied in the context of COVID-19, Klein says, but “they provide us with some clues.” At this point, some of the best clues as to why there are discrepancies in how men and women fare with COVID-19 may come from a study of the disease SARS in mice. The virus that causes SARS shares similarities with the culprit behind COVID-19, SARS-CoV-2 (SN: 2/3/20). And there is evidence that during the SARS epidemic of 2002-2003, which had close to 800 deaths, men had a higher case fatality rate than women.

It’s helpful to study sex differences in mice because it takes behavioral influences out of the equation, says Stanley Perlman, a virologist at the University of Iowa in Iowa City. For example, as reports from China indicated that more men than women were having severe cases of COVID-19, some also noted this could be due to the fact that more Chinese men than women smoke. China was also among the five countries that SARS cases were concentrated in.

Perlman’s team compared how male and female mice did when infected with a mouse-adapted version of SARS-CoV, the virus that causes SARS, and reported the results in the Journal of Immunology in 2017. Among middle-aged mice, those 8 to 9 months old, all of the males died within eight days of being infected, but only 10 percent of the females did by day 12. Males had higher amounts of the virus in their lungs than females did, suggesting the males weren’t clearing the virus effectively. The males also had a prolonged, unhelpful inflammatory response.

When the research team removed the ovaries from 12 female mice to prevent estrogen from being made, about 85 percent of the mice died after infection, compared with close to 20 percent of 12 females with their ovaries. Without estrogen, “the female mice were now as sensitive to the infection as male mice,” Perlman says. “While I wouldn’t claim it’s the whole story, estrogen is a big part of the story.”

Klein and Perlman both have plans to study differences in the male and female response to COVID-19. In cases when the body’s own immune response contributes to a viral disease, it might be expected women would fare worse, Klein says, because a strong immune response can lead to too much damaging inflammation. And with COVID-19, there’s a lot of concern about the detrimental effect of increased inflammation in the lungs.

But what happens during COVID-19 might be different. “This aberrant inflammation might be higher in males than females,” Klein says.