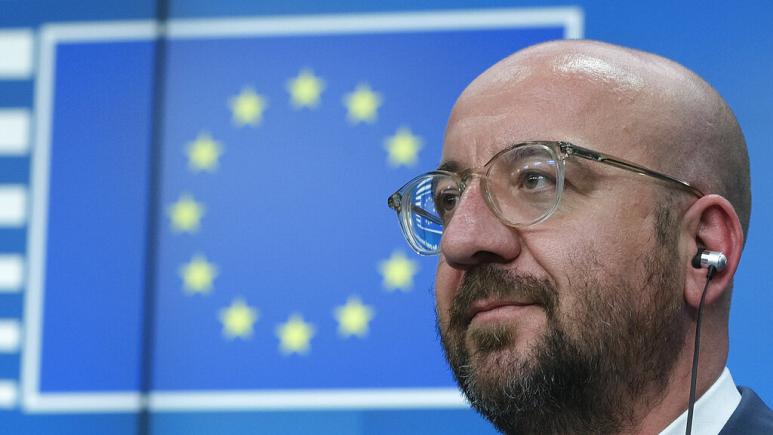 There is a moment as EU leaders gather in Brussels, when journalists get a message, normally at a lull in proceedings, with the culinary delights that politicians will be enjoying at their working dinner.

But this crisis has meant no braised lamb or crème brûlée. Gone, too, are the Châteauneuf-du-Pape, the back-slapping, red carpets and escape to the airport after late-night summits.

In the coronavirus world, EU Council meetings have instead proven to be much shorter, conducted via video conference with no three-course meal and wine to help make the discussions any more palatable.

But the decisions being made have not become any less serious. If anything, it’s quite the opposite. Yesterday, leaders met for four hours for the fourth time. And having signed off on a €540 billion fund to help keep people in work and businesses afloat. Attention turned to a much longer, much bigger recovery plan.

The EU has managed to come up with a possible solution: using the EU budget to transfer money to those parts of Europe that need it most. Ursula Von Der Leyen made it clear that it would not be measured in billions but rather be more than one trillion euros. Though precisely how much – and what percentage will be straightforward grants – will clearly be at the root of contentious decisions yet to be made.

What was notable about this EU summit, however, was that after weeks of negative headlines, apologies and much focus on the so-called north/south divide, there was clearly a determination to have an agreed plan. Even if that plan was to talk about it later.

It has allowed Italy’s Prime Minister, who has been openly critical, to claim this was “an important milestone in European history”. That matters. As Euroscepticism has spiked, Rome needed a perceived win.

Deep divisions do however remain and there is, ultimately, no agreement on the table. Yesterday, by any EU summit measure – couldn’t be branded a resounding success. And as Angela Merkel has repeatedly warned, this is “just the beginning.” We’ll be living with this virus and its consequences for a long time to come.

So, there will many tough decisions for leaders to take, even without the delights of scallops with potimarron pumpkin mousseline, the Polish sauerkraut soup, the roast veal in a tonka bean sauce with green beans and fondant potato, finished with some tasty figs in puff pastry.