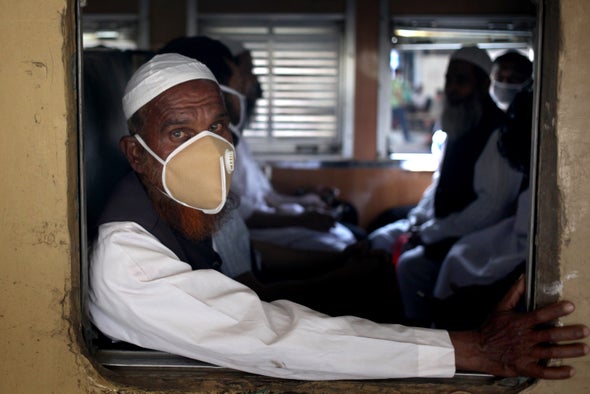 The suffering will be unimaginable

Even as the devastating effects of the coronavirus epidemic on human health, economic well-being and social institutions become known in countries like ours (England and the United States), there is an even greater tragedy in the making: the unimaginable suffering in developing countries for older people.

Developing countries will be the hardest hit by coronavirus (even if the leaders of some of those countries, such as Brazil’s President Jair Bolsonaro, beg to differ), yet the global call to arms to fight the virus focuses almost exclusively on the young. At first glance, this may not seem surprising, given the relatively youthful populations in many African, Asian and Latin American countries. However, the demographics say otherwise.

Many of these developing nations have been rapidly catching up with the richest countries when it comes to aging. Indeed, these nations now account for almost 70 per cent of the planet’s population aged 60 or more (that’s about 723 million older adults). Brazil alone contains 30 million people 60 and over, and India 140 million, compared to 76 million in the U.S. These elders are the virus’s most vulnerable targets.

In many of these places, therefore, the proportion of people infected with coronavirus who then go on to die will be higher than what we have seen in China or in developed countries. The capacity of health systems in many developing countries to screen, let alone treat, COVID-19, is very limited.

Each coronavirus test costs around $50, which exceeds yearly government per capita health spending in places like Bangladesh, Benin and Haiti. Limited access to masks and other forms of personal protective equipment (PPE) will lead to massive losses among already depleted health workforces. The availability of ventilators and critical care is negligible.

Mortality for older people will be driven up by high rates of diabetes and cardiovascular disease in developing countries; these are no longer diseases unique to the developed world. Imagine the case of South Africa, which has the highest reported rate of adult hypertension for any country on the planet, rich or poor. And that is before we consider the potential effect of HIV, which remains a widespread condition in many of these populations.

There are also reasons to expect high overall rates of infection in many developing countries. Other than for the lucky elites, social and physical distancing is largely unfeasible in the cramped and overcrowded neighborhoods of cities like Jakarta, Nairobi or Port-au-Prince. The demands of daily life and livelihoods will make draconian lockdowns untenable, no matter how brutally they are enforced. Significant numbers of people, young and old, still lack access to water, soap and opportunities to support basic hygiene.

Where do older people come in? Some experts have run the numbers to see how many people at different ages could die of COVID-19 if Chinese fatality rates were to apply. The results are chilling. Even if only 10 percent of the population of developing regions were to be infected, they indicate that over nine million deaths would result—of which 6.8 million would be among people aged 60 or over. Applying these assumptions just to Brazil would mean 258,000 deaths—something Bolsonaro might keep in mind when he makes statements such as “Some will die. I’m sorry. That’s life.”

Unfortunately, international responses have been inadequate in recognizing the special vulnerability of the aged. For example, the World Health Organization’s single set of guidance for older people refers only to those living in long-term care facilities, which are a rarity in developing countries. Moreover, the guidance is lost in WHO’s Web pages, hidden inside a section on “schools, workplaces and other institutions.”

Alhough our knowledge about the virus and of what works is still in its infancy, however, there are relatively simple things poor countries can do to lessen this impending old-age calamity. For example, some are encouraging older people to send younger family members to collect medication or pensions on their behalf. Even if these measures were to have only marginal effects, the sheer numbers of potential deaths means that they could translate into many thousands of lives saved.

Some national governments are hurriedly putting together guidance and emergency plans. To some degree, they recognize a need to consider the special vulnerabilities of older people. But this is a challenging task. What quick advice might you offer a community nurse who has mainly worked in maternal and child health about how to assist a frail, confused older person with multiple health conditions?

It is clear that ageism is not just the preserve of richer countries, and that mitigation strategies, while important, will not be enough to protect the most vulnerable. Tragically, it may take the wave of elder deaths that is about to hit the world’s poorer countries to shift these skewed priorities.