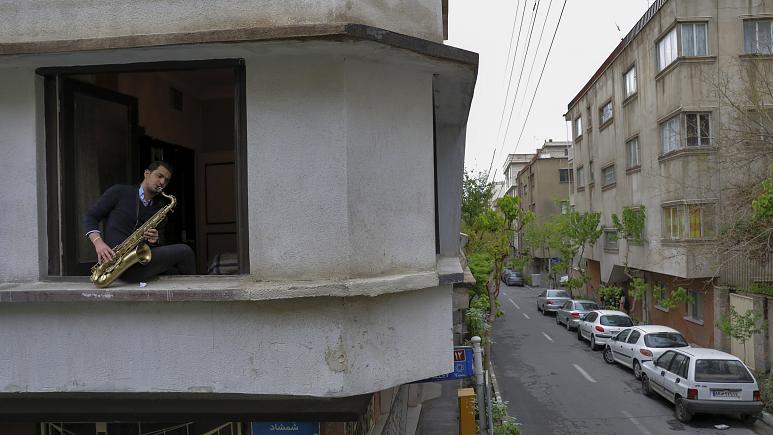 With the Netherlands, like most of Europe, under lockdown during the coronavirus pandemic, Ellister van der Molen’s most recent live show was an unusual setup.

In the shared garden of an apartment complex in Amsterdam, she stood exactly one-and-a-half metres from her organist, Bob Wijnen. Their audience, high above their heads, huddled together on their balconies.

Social media has been jam-packed with footage of musicians performing for – or with – their neighbours since the COVID-19 pandemic saw bars, restaurants and venues across Europe and the world shuttered and social distancing measures enforced.

But van der Molen’s concert in IJburg was a little different: as part of an initiative launched by Upperbloom, a Dutch startup, she is being paid out of the company’s marketing budget. The duo had paid a total of 12 balcony shows since confinement began, most sponsored by local firms.

“We got paid a bit less than we normally would charge,” van der Molen told Euronews.

“It is such a relief to be playing normal music again,” she added.

Since the coronavirus crisis began, everyone from Neil Young to Pink has laid on shows for fans over social media. But few of these megastars are charging for the privilege – and few need to.

For rank-and-file, jobbing musicians across Europe, the lockdowns have been a disaster. Live shows are the most obvious casualty, but the bread and butter for many musicians: teaching, session work, recording and producing work with bands, has also dropped off.

“Everything I had the diary – gone, in heartbeat,” John Mitchell, a musician and producer who tours with the bands Lonely Robot, Frost*, It Bites and Arena and runs Outhouse Studios in England, said. 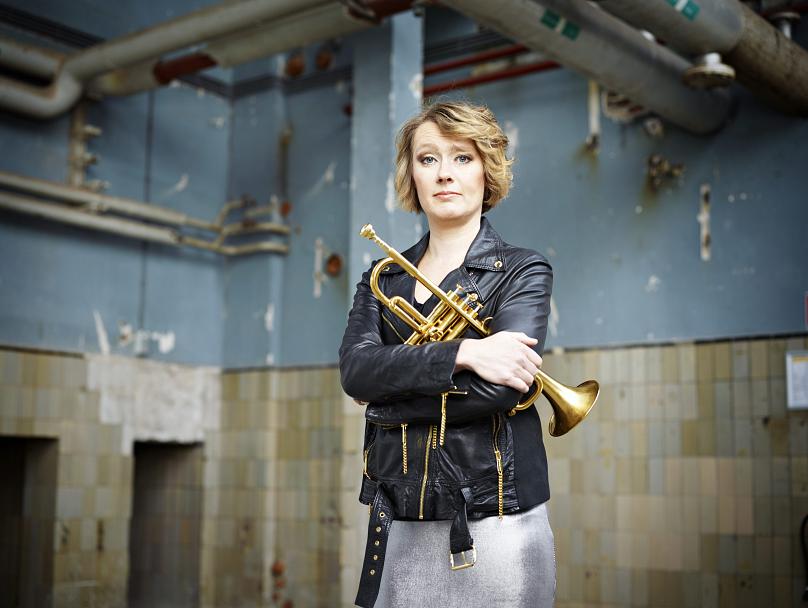 In a recent survey of 7,000 of its members across the UK, the Musicians Union found that a total of £21 million (€24m) of work had been lost since the beginning of the lockdown on March 23. That included touring but also teaching work, which declined even though online tuition is available.

Indeed, despite the huge focus on online learning that has accompanied the lockdown, music teachers say that many of their pupils are opting to put off lessons until the crisis is over. Others say that some are reluctant to pay the same rates for online lessons as for physical ones.

As many as 87% of the MU’s members are self-employed, and while they do have famous members (including Sir Paul McCartney) for the vast majority of musicians working in the UK, survival is a delicate balancing act – and COVID-19 has dramatically upset that balance.

“It’s a bit like football: A very thin strata of people who kick a ball over a weekend are actually paid huge amounts of money. The sad fact is, only a reasonable number [of musicians] earn more than the average living wage,” said Keith Ames, a communications official at the MU.

Across Europe, government aid to musicians has been a mixed bag: Berlin generated positive headlines in March when it distributed €500 million to freelancers – including musicians and artists – in just four days. Many other governments, including France and the Netherlands, have launched similar programmes, but applicants complain of significant delays in receiving funds.

In the UK, meanwhile, self-employed and freelancers could not even apply for aid until 23 April and grants are not likely to be paid until June at the earliest, according to the official UK government website. By this time, musicians will have been out of work for almost four months. 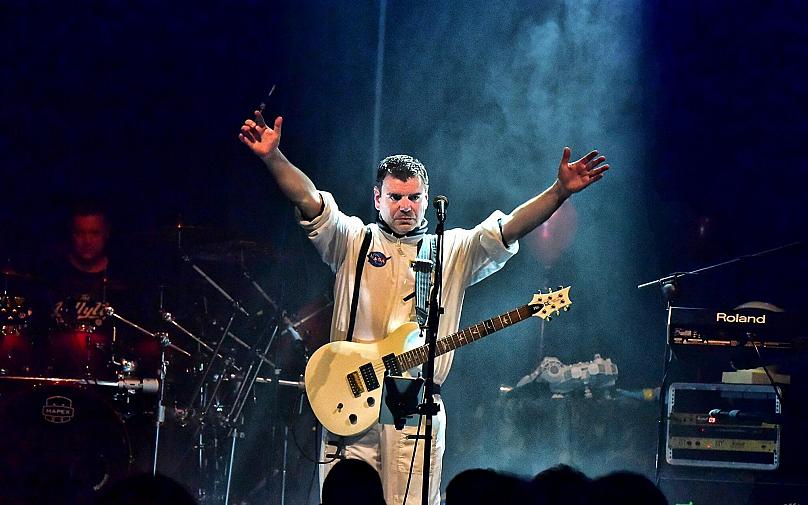 A number of private funds have become available for musicians in the UK in recent weeks, including PRS for Music – which is providing one-off grants of £1,000 – and a £1m fund from the MU, which is providing grants of £200. But for those without savings and with little opportunity to make money in the short term, life could be about to get a lot harder.

“Musicians are about the least canny when it comes to finance. Nobody I know who is a musician has a pension, I hate to say,” said Mitchell. “We’re all seat of the pants, hand to mouth, we live that kind of existence. I really do worry about people I know.”

Even if the lockdown does end in May or June, most musicians who spoke to Euronews have had concerts cancelled for July and August. Falling when it did, the pandemic has devastated the European festival circuit, with both large and small events across the continent called off.

But even when shows do begin again, the days when thousands of people packed into concert halls and arenas to watch bands could be over, in the short term at least. Van der Molen said she expects the ‘one-and-a-half-metre economy’ – a reference to the suggested distance individuals should keep from each other to avoid the virus – to continue for at least two years.

“This 1.5 metres is going to be a pain in the neck. It means no festivals, no big concerts, no big audiences. We will need to find new places to play,” van der Molen said.

It could also affect the kind of bands that come out of this crisis, she added, with smaller groups – duos and trios – replacing orchestras that bring over a hundred musicians to one stage.

And despite the sudden popularity of live streaming, online shows will be unlikely to fill the gap left by performing live – not least as it is almost impossible to monetise. Instagram currently does not allow performers to monetise live streams (although it is considering it), and making serious money from YouTube views is only an option for those that rack up millions of views.

Meanwhile, streaming services like Spotify, Apple, Amazon and Deezer pay only fractions of a cent per stream to artists, meaning only the biggest, most viral names, can support themselves. 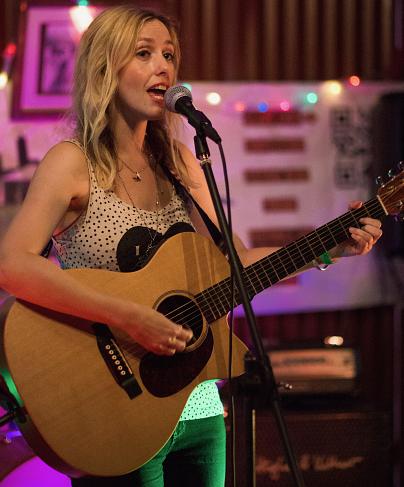 A number of artists have attempted to monetise their live streams by including a link to a virtual ‘tip jar’ which allows fans to donate via PayPal.

Lisa Redford, a singer-songwriter based in Norwich, said fans have paid her either during her live-streamed gigs or in advance to play a certain song.

Equally, when she has done live-streams for other websites or for online radio shows, they have often included the link to her tip jar on the site to encourage viewers to donate.

“I haven’t earned huge amounts – it may be more financially viable for bigger artists – but fans have paid from £10, £20 a gig,” she said.

Redford doesn’t push fans to donate, and certainly doesn’t make requests conditional on payment, but believes that many fans genuinely want to help out artists during what is a difficult time.

“Fans, blogs and radio stations appreciate how tough this is for touring artists, particularly with summer festivals also being postponed this year,” she said. The inability on the part of many musicians to come up with a plan on how to work in a post-COVID-19 world is compounded by the fact that few know when this crisis will end, said Ames: “It is almost like the war: Everyone goes: ‘Well it will finish in 1945’, but you don’t know that in 1939. This thing has broken out and nobody knows where the end is.”

For professionals who spent much of their life on stage or in the company of other musicians, sharing ideas, collaborating, feeding off the energy of fans and audiences, there has been an impact on creativity too.

Stuck in his house in Reading, Mitchell spent the first few days of the lockdown binging on Netflix and getting up at 1 pm: “When I make an album, if you give me a deadline, if you say it has to be done now, I will get up at 7 am every morning and I will sit there and work on it,” he said, “but my resting phase is lazy.”

For van der Molen it has been the lack of collaboration, particularly in a genre – jazz – which is so dependent on it, that she has struggled with.

“Jazz is a very spontaneous way of making music. It is all about interaction, and I miss it. I really miss it,” she said. “I need it.”