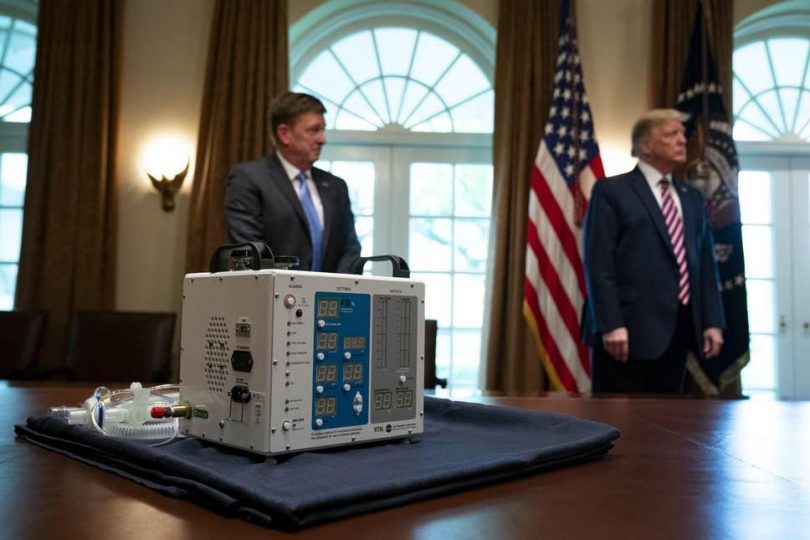 ‘We know how to land on the moon and Mars, but building a medical device is new’

Engineers at NASA have developed a ventilator specifically designed to help coronavirus patients.

Now, it has already passed critical medical tests and looks set to be fast-tracked for approval early next week

“We’re rocket scientists and engineers, we know how to land on the moon and Mars,” said Leon Alkalai, a technical fellow at the agency’s Jet Propulsion Laboratory in California.

“But building a medical device is new. We were humbled by that challenge to do something we’ve never done before for a good cause.”

The prototype, which was shown to Donald Trump on Friday, works like traditional ventilators where sedated patients rely on an oxygen tube to help them breathe.

But it is tailored to be more flexible and easier to maintain so it can be used more effectively in the field hospitals currently being set up in conference centres and hotels across the world.

Because it has a life span of just three to four months – where traditional ventilators generally last several years – it is cheaper and quicker to build, NASA says.

“It goes against our culture to do something quickly in a domain where we’re not experts,” added Dr Alkalai. “But it fits with the JPL mantra: ‘Dare Mighty Things’.”

Now, the California Institute of Technology is in the process of finding manufacturers to make the machine on scale after those early tests proved positive.

“We were very pleased with the results in our high-fidelity human simulation lab,” said Dr Matthew Levin who led that testing at the Icahn School of Medicine in New York.

“The Nasa prototype performed as expected under a wide variety of simulated patient conditions. The team feels confident that the VITAL ventilator will be able to safely ventilate patients suffering from Covid-19 both here in the United States and throughout the world.”

Speaking after those positive results were announced, Michelle Easter, a mechatronics engineer with Nasa, called the device a “crazy” project.

“We have the potential to save human lives, people that we might know, our neighbours, our families, and that intensity is amazing,” she said. “It’s amazing, and as stressful as it’s been for everybody in the last couple of weeks, not one of us can stop.”