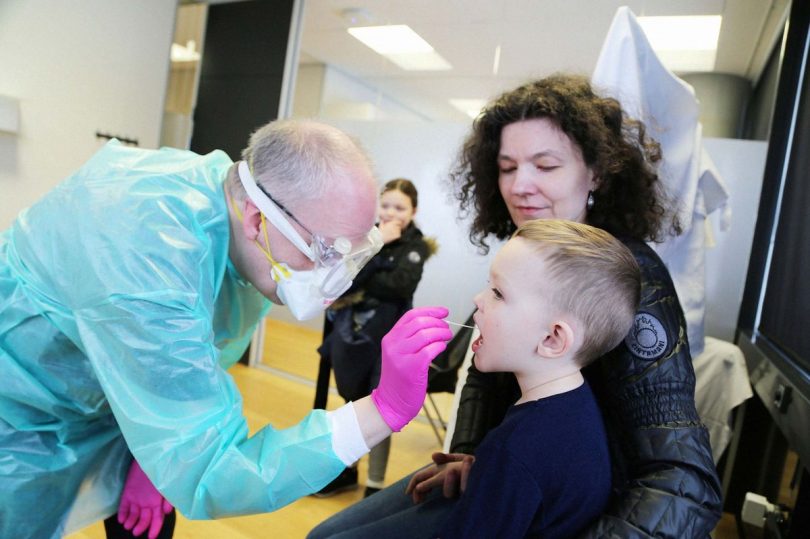 Being an island with a small population gives it advantages in fighting the virus.

Iceland is known as the land of fire and ice, but it also turns out to be an intriguing case study during this global pandemic. The island nation has only one point of entry, Keflavik Airport, a small population of about 364,000 people, and a lot less bureaucratic red tape than most countries. And it has Kari Stefansson, a neurologist who founded DeCode Genetics in 1996 to mine the unique genetic data of his fellow countrymen. The company has become a global pioneer in population genetics and its links to disease.

In the fight against the coronavirus, DeCode has rolled out one of the world’s most extensive testing and tracking programs, helping contain the spread of Covid-19 at home and providing insights into the disease’s evolution and other questions the U.S. and others are trying to answer. “Iceland is the best living lab we have,” says John Ioannidis, a Stanford professor of medicine and epidemiology. “They have yielded useful insights and shown that with aggressive testing you have great resolutions.”

Stefansson, 71, a fiery figure with a white beard, was driving to work in early March when he heard a statistic on the radio that jolted him to action: In China, the news report said, more than 3% of people were expected to die during the rapidly growing epidemic. “I couldn’t understand how we could calculate out the death rate without knowing the spread of the virus in the community,” says Stefansson, whose company was acquired by California drugmaker Amgen Inc. in 2012. “What is missing all over the world is enough screening.” 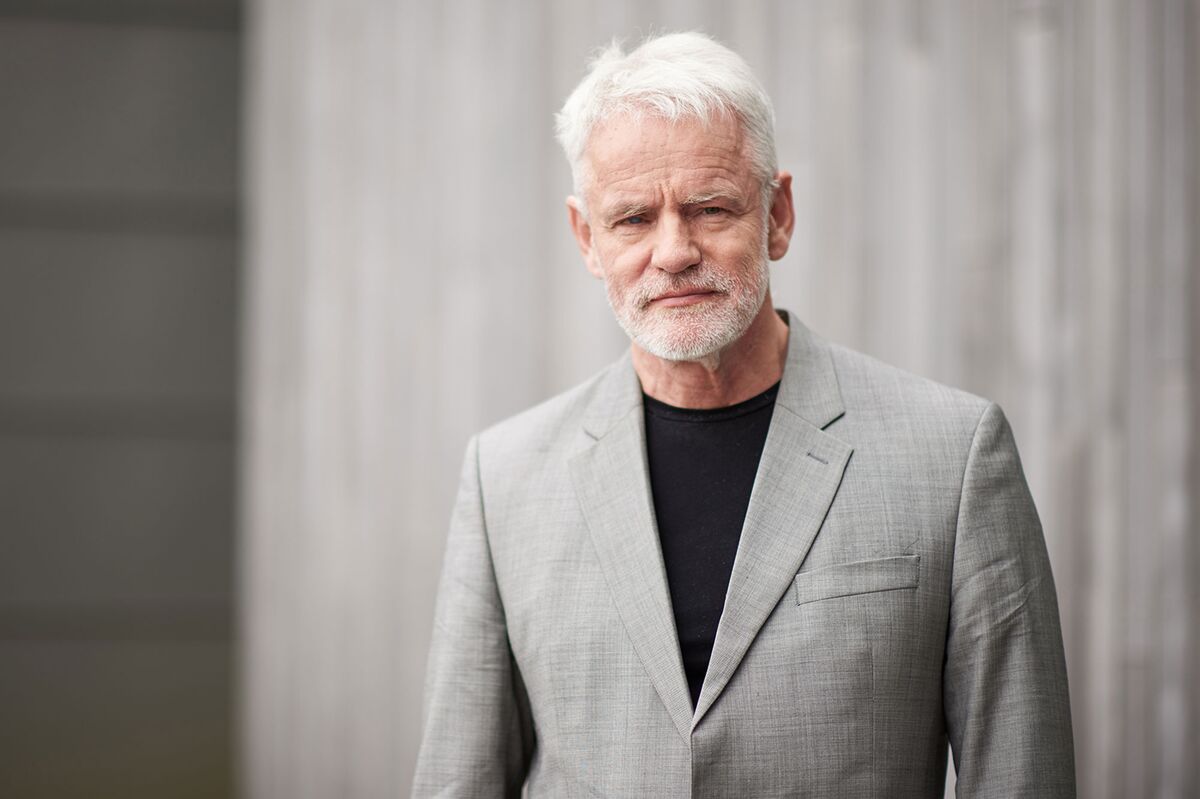 He called Iceland’s director of health, Alma Moller, and within a few hours persuaded her to allow DeCode to open a massive Covid-19 testing operation in its labs. DeCode then teamed up with the national health authorities and screened people with signs of upper respiratory infection as well as asymptomatic volunteers and randomly sampled people.

Through widespread testing, combined with sequencing hundreds of patients’ viral samples and contact tracing, researchers have begun to develop a detailed picture of how the coronavirus entered the country and then spread from one person to another. A study by DeCode geneticists and Iceland’s Directorate of Health and National University Hospital, published on April 14 in the New England Journal of Medicine, provides some early insights into what the nation might find.

The Icelandic people’s genomes are perhaps better studied than those of citizens of any other nation. More than two-thirds of the population has participated in some of DeCode’s genetic research in some way over the years. When Stefansson pitched his screening plan, the country had diagnosed only three cases of the disease. At that point, the Covid-19 death toll in the U.S. had just entered double digits; President Trump wouldn’t declare a state of emergency for another week. By April 21, Iceland had tested more than 43,000 residents, over 12% of its population. In contrast, New York, which has tested more aggressively than any other state, had tested in excess of 640,000, or just over 3% of its population.

Iceland found that while early cases were primarily people returning from ski holidays in Austria and Italy, later samples showed strains of the virus coming from many countries, including places such as the U.K., at the time considered low-risk. Researchers identified more than 291 mutations that haven’t been spotted anywhere else, illustrating how often the virus changes as it spreads. Iceland has also shown that the number of people who carry the virus but exhibit no symptoms may be high: About 0.8% of those who volunteered tested positive, as did 0.6% of people randomly selected to participate in the study. About half of those who have Covid-19 might be asymptomatic at any given time, Stefansson says, though many of those people may later develop symptoms. 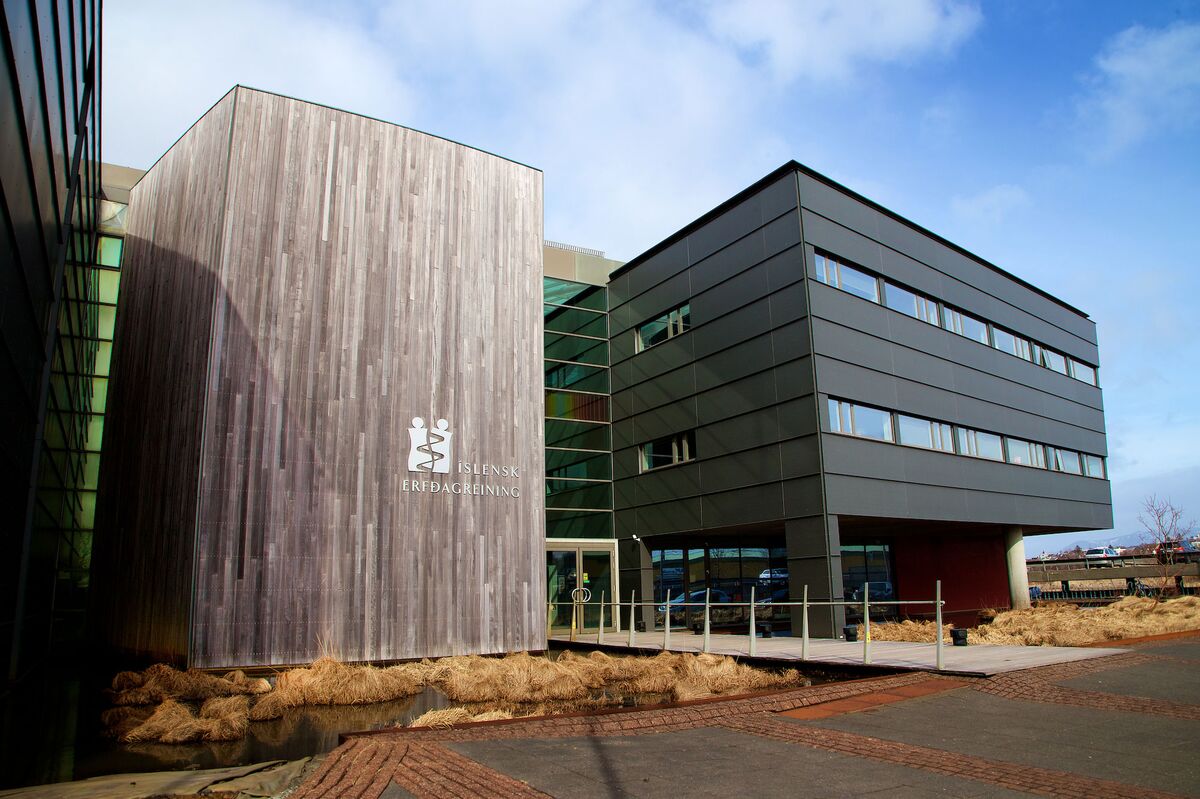 DeCode plans to search the DNA of viral hosts—patients who were previously infected with Covid-19—for clues as to why some people show no symptoms at all while others become gravely ill. The nation’s studies have already added to the picture of who is most affected by infection, noting that children and women are less vulnerable. Collaborating with the government and other businesses, the company has built an app that can help trace contacts of those who’ve tested positive, a step that’s considered one of the keys to helping get a locked-down economy back up and running. So far, Iceland hasn’t instituted a widespread shelter-at-home order, as the U.S. and other countries have. While authorities have imposed social-distancing measures and banned large gatherings, primary schools remain open, as do some stores and restaurants.

“We knew the things that work, and we were fortunate enough to catch these early cases,” says Kjartan Hreinn Njalsson, the assistant to Iceland’s director of health. “Our great fortune in all of this is that we are a small country. It’s easy to mobilize the people who need to be mobilized.”

The combination of early, widespread testing and contact tracing has meant that “we have the epidemic under control,” Stefansson says. The number of active infections in Iceland appears to have peaked. As of April 21, the country had 1,778 confirmed infections and ten deaths. About 1,026 people were in self-quarantine.

Iceland’s aggressive efforts haven’t been spared some of the same problems facing other nations, including a shortage of testing materials. But Stefansson says when they ran out of swabs to perform tests, several companies immediately called offering alternatives. When respirators began to run short, more than a dozen businesses pitched in to source more. “We are an unruly nation of scandalists who cannot find ease when things are going well,” he says. “But when there is a crisis, we are better than any other nation in the world.”