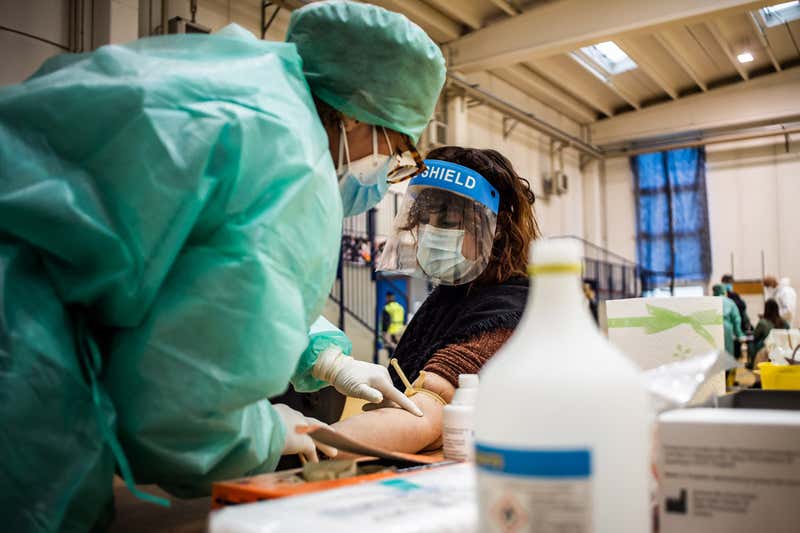 A few initial surveys looking at how many people have antibodies against the coronavirus have suggested that far more people have been infected than previously thought. But we need to be very cautious about these preliminary results.

So far, almost all testing has been looking for the presence of the virus in swabs of the nose or throat. But not everyone suspected to be infected gets tested in this way, so we know the actual number of cases in any country or region must be higher than the official figure.

The question is, how much higher? These figures matter because they can help indicate the best strategy for removing lockdowns or social distancing measures. This is why initial studies using a different kind of testing have been hitting the headlines. Unlike swab tests, antibody tests look to see how many people have antibodies against the coronavirus in their blood – a sign of past infection.

For instance, a study at Zhongnan Hospital in Wuhan, China, found that 2 per cent of 3600 staff there had antibodies to the virus. That is surprisingly low, given the scale of the outbreak in Wuhan and that hospital staff are probably more likely to get infected than the general population.

By contrast, a study in Santa Clara County, California, where just 50 deaths have been attributed to the virus so far, claimed up to 4 per cent of people there had already been infected – up to 85 times the official figure – based on a survey of 3000 people. Based on this finding, the team estimated that less than 0.2 per cent of people infected with the coronavirus die, which is far lower than most other estimates, which tend to fall somewhere between 0.7 and 3.4 per cent.

But this study, which has not yet been peer reviewed, and similar work elsewhere have come under fire. “We should not be making policies based on press releases until the studies are properly reviewed,” says Daniel Larremore at the University of Colorado, Boulder. “It really matters that we get these things right.”

There are two main issues. The first is that when only a tiny percentage of a population has been infected, antibody testing can wildly overestimate the number of people who’ve encountered the virus. The second is that it is hard to test a representative sample of the population, so results can end up being greatly skewed.

“Mathematically, it’s a problem when the prevalence is very low,” says Merit Melin of the Finnish Institute for Health and Welfare.

Researchers can correct for this, and the Santa Clara results were adjusted to take this into account. However, this adjustment was based on the test having a specificity of 99.5 per cent. But if the true test specificity is just slightly lower at 98.5 per cent, for example, all the reported positives would be false positives.

Another issue is how you recruit volunteers for antibody testing. The Santa Clara study found volunteers through Facebook, and it’s possible that people who suspect they have had covid-19 may have been much more likely to volunteer. Ideally, studies should randomly select people.

Better studies should give us a clearer idea of the true numbers. Melin’s team, for instance, is using a second test to confirm all positives, with results for Finland expected at the end of the month.

New Scientist contacted the lead author of the Santa Clara study, but he was not available for comment.