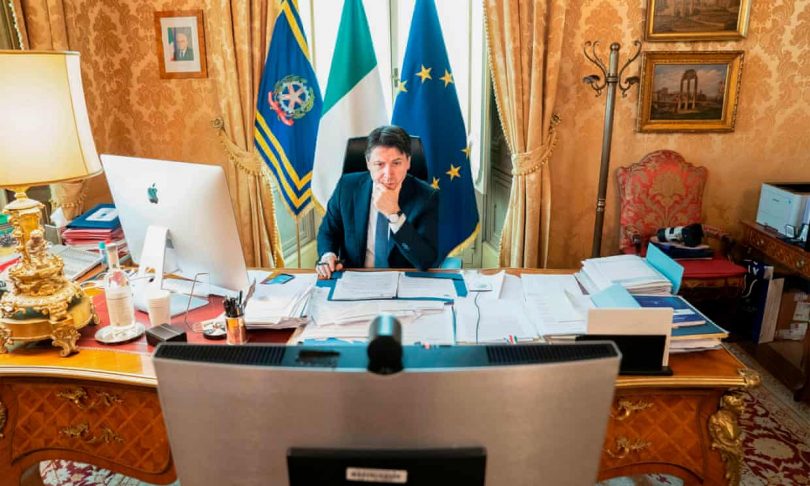 There has been little political will to pool taxes, borrowing and spending to support states worst hit. But it is the only way out

The European summit last week was hailed as a moment of truth. In a recent interview, France’s president, Emmanuel Macron, laid out how European leaders had a rendezvous with history and needed to come together, and show that Europe under duress was able to respond with a common voice and with common means to the Covid-19 crisis. By all measures, this rendezvous with history was missed. European leaders in effect agreed to keep calm and carry on.

They endorsed a roadmap to exit lockdown after each country had in fact already decided and announced their own uncoordinated exit plans. In some countries, such as Germany, deconfinement measures are not a prerogative of the federal government and coordinating between states is challenging enough, let alone coordinating with other countries.

As a result of the great disparity in the level of infection in each country, the different endowments in medical supplies and the varying levels of testing capacities (France is close to 150,000 per week and Germany has capacity for 700,000), each country is striking its own path. This lack of coordination risks a second wave of reinfection as the virus travels from country to country.

The leaders also agreed on an economic recovery plan that is incomplete and unbalanced, and is planting the seed of profound divergence between member states. As it stands, most state aid rules have been lifted, allowing governments to support their corporate sector as they see fit. This is necessary given the circumstances but is only affordable for those countries with the strongest balance sheets.

In these countries, equity injections by the government, concessional loans (those granted on more favourable terms than market ones) and guarantees will allow the corporate sector to face the cost of the crisis but it will profoundly and durably undermine the level playing field inside the single market.

Similarly, each government’s ability to support economic recovery will be highly constrained by their level of debt. The ability to support households or the unemployed will vary greatly from one country to the next, creating lasting scars on the weakest, such as Italy or Spain, who cannot offer the same level of support as France or Germany.

The summit endorsed the instruments proposed by European finance ministers, which rely entirely on the idea that assistance comes in the form of loans from the EU to countries when they lose access to financial markets or when their market conditions deteriorate. While this reduces borrowing costs now, it doesn’t change the long-term unsustainable debt burden that the crisis will create.

In the absence of true mutualisation, whereby European governments share the cost of the crisis rather than let each member state spend and borrow on its own, and real monetisation, where the Central Bank finances this new debt by issuing money, European countries will either spend the next generation in austerity and depression to try and pay down the debt, or they will go through the socially and politically destructive restructuring of some of it.

This is why the idea of using loans from the EU, in particular via the European Stability Mechanism (ESM), created during the eurozone crisis to lend to and discipline euro area countries, has created a violent reaction, in particular in Italy.

But behind a political debate that has turned somewhat hysterical in recent weeks lies a set of rather fundamental questions. Are European countries prepared to truly share some of the burden of this crisis? Are they prepared to politically underwrite this burden-sharing or would they rather have it happen by stealth, with technocrats at the European Central Bank purchasing each individual European government debt without an explicit political agreement to do so?

The fundamental answer to these questions depends on whether EU governments are prepared to pool taxes, borrowing and spending. Ultimately, this principle matters more than the size of the fund and will be necessary for a common European fiscal response to emerge. It is challenging because, if agreed, it would amount to a rewriting of the principles on which the single currency was built.

So far Germany has only allowed solidarity to take place with strict controls over the policies of its recipients. But this integration process is proving both economically and politically destructive for Europe, as it plants the seeds of economic enfeeblement and political bitterness. The eurozone needs to move towards a true form of fiscal federalism under the democratic control of the European parliament with taxing, borrowing and spending powers, which the current EU budget doesn’t permit. Short of that, the EU will carry on on its crutches, medically assisted by the drip-feed of a central bank that is forced to provide the vital energy to a political project that has lost its soul.