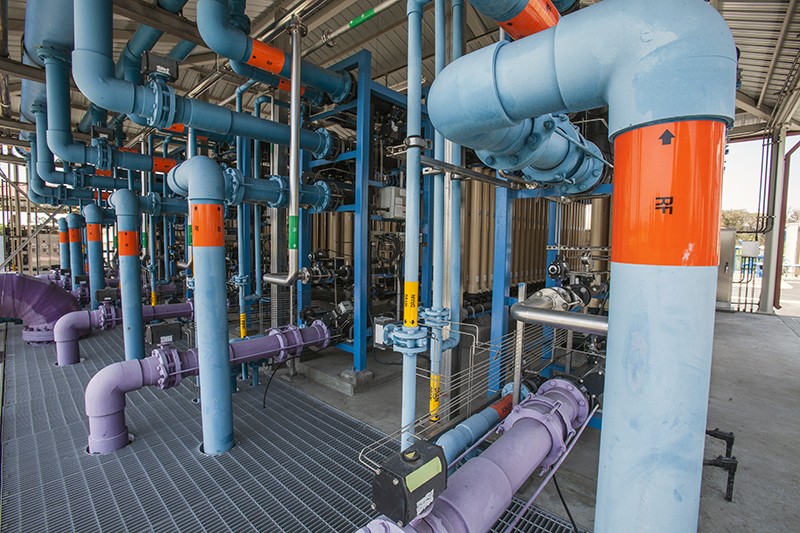 Stagnant water in unused buildings can harbour infectious bacteria and heavy metals. Scientists point out that guidance on reopening is limited.

As some regions prepare to lift the lockdowns in response to COVID-19, scientists who study water are worried about the potential for a secondary health crisis waiting in the dormant plumbing of offices, gyms, restaurants and schools.

Because of the threats from heavy metals leaching out of pipes, and bacteria and parasites growing in stagnant water, researchers are studying locked-down water systems in an attempt to understand how people can safely reoccupy buildings.

“There really isn’t a lot of scientific awareness of these larger buildings,” says Andrew Whelton, an environmental engineer at Purdue University in West Lafayette, Indiana. “Because of that, there’s no guidance.”

Whelton and fellow Purdue environmental engineer Caitlin Proctor are doing their best to fill that information gap. The duo is currently leading several studies to understand the complex chemistry that occurs in dormant water systems.

When Purdue’s campus shut down in March, Whelton’s laboratory began sampling water in several large buildings across and around the university. In one privately-owned residence hall, abandoned for about a month, Proctor found that no disinfectant remained in the water samples she collected. Although such buildings can go for two or more months with reduced student activity between semesters, the current shutdown is expected to last significantly longer. And labs, gyms and other campus buildings are less likely to have previously experienced such long disruptions. Proctor is interested in how the microbial communities in the buildings’ water systems will change over the coming months.

The longer a building sits unused, the more potential there is for harm. That’s because the length of time between water treatment and use is one of the key factors determining bacterial regrowth, says Joan Rose, an environmental microbiologist at Michigan State University in East Lansing. One of the main concerns is Legionella, a genus of bacterium that causes Legionnaires’ disease.

Legionnaires’ — the leading reported waterborne disease in the United States — attacks the body’s respiratory system. So, declining water quality could compound the strain on already stressed public-health systems, Proctor says. “The same people that are vulnerable to COVID are going to be vulnerable to these bacterial pathogens.”

Water quality in a complex building can vary by season, by time of day or even from room to room. So one-size-fits-all guidelines for maintaining or flushing systems are unlikely to help, Proctor says. The most common advice after a period of dormancy is to run all taps at full flow for a set amount of time — usually 5 or 10 minutes — to flush the stagnant water from the pipes.

But one building that the Purdue team studied required more than a full day to flush.

And the complications don’t stop there. For large complexes such as universities, there might not be enough staff to routinely flush every building. Already-struggling small businesses could baulk at the increased water bills that would result from proper flushing. And without sufficient masks and respirators, staff carrying out flushing operations are at risk of inhaling Legionella and other pathogens that might be growing in the pipes.

The most important things that building owners and managers can do right now, Whelton says, are to flush taps regularly, carry out low-cost testing and start to build up a water-management plan. His lab is currently consulting with a number of universities on how to bring their buildings back online safely after the summer. He and Proctor led a group of academic and industry engineers that published a non-peer-reviewed study laying out the considerations for building reuse on 7 April.

The current situation offers an unprecedented chance to study our water systems and to make sure that society is better prepared for future disaster scenarios, Rose says.

“We’re in an extraordinary time,” she says. “We should make every effort to learn as much as we can.”