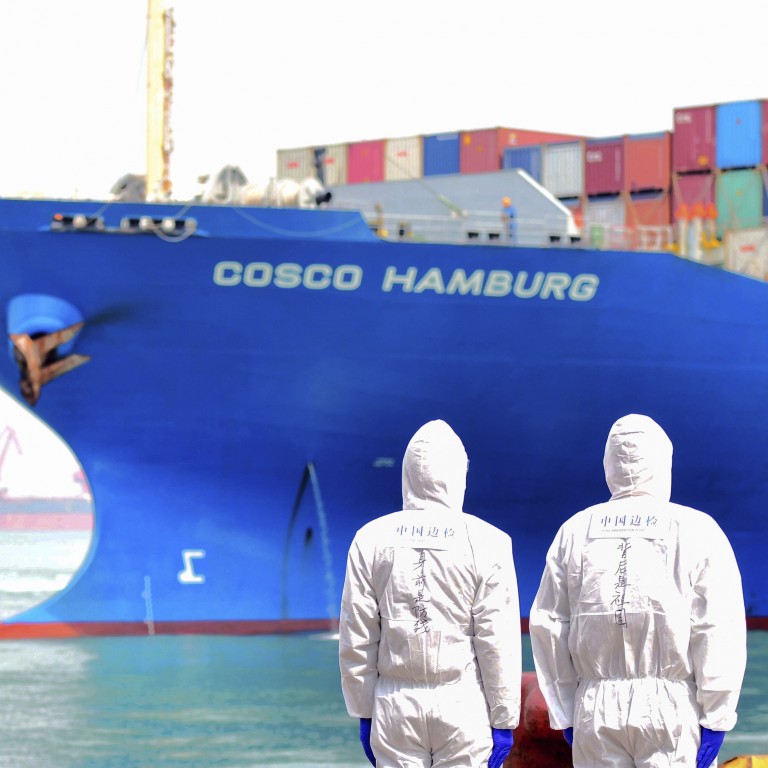 Governments’ visceral instinct to look out for their own in times of crisis – even if it hurts friends and allies – could not have been more clearly laid bare by the wave of export restrictions put in place for much-needed supplies amid the Covid-19 pandemic.
The World Trade Organisation last week said 80 countries had enacted some kind of restriction on the export of face masks, gloves and other medical supplies – but only 13 of those nations followed procedure and informed the world body of the measures.
Experts say they next expect countries to impose or ramp up restrictions on food exports as stockpiles dwindle during extended economic shutdowns to suppress the spread of the coronavirus, which has infected more than 3.2 million people and caused more than 230,000 deaths around the world.
“We have at least two problems rising in the pandemic: restrictions on medical products and, potentially, restrictions on food. Both are driven by political imperatives to protect domestic citizens first,” said Deborah Elms, executive director of the Asian Trade Centre in Singapore.

The protectionist instinct, however, is not completely pervasive: some countries, out of necessity, have chosen to go in the opposite direction in the face of the ongoing crisis.
Over the past month, Singapore and New Zealand – two of the region’s most trade-reliant economies – have been organising like-minded countries in the region into an emergency pact aimed at ensuring open trade and intact supply chains.
A spokeswoman for Singapore’s trade ministry told This Week in Asia what started as a bilateral effort in March now has eight other members: Australia, Brunei, Canada, Chile, Myanmar, Laos, Uruguay and the tiny Pacific island nation of Nauru. 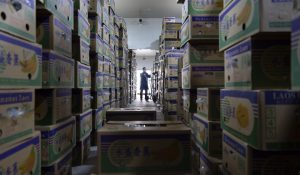 Experts say they expect countries to impose or ramp up restrictions on food exports as stockpiles dwindle. Photo: Xinhua

The countries are signatories to a joint ministerial statement affirming their commitment to keep trade flowing between them.

New Zealand and Singapore have gone further, signing a joint declaration that lists more than 120 essential goods for which they are looking to remove tariffs.

The two countries say the declaration – which also pledges to remove trade barriers for food – is an “open and plurilateral” initiative, meaning any country can join at any point.

The pact is just one of a handful of ad hoc multilateral initiatives that have sprouted in recent weeks, amid complaints from mid-sized countries of the lack of decisive leadership on the part of the United States or China – embroiled at the moment in a blame game over the pandemic – as well as United Nations bodies.
Along with the New Zealand-Singapore initiative, Canada has brought together a separate group of 15 countries under the auspices of a Ministerial Coordination Group on Covid-19.
That grouping has pledged to have representatives confer fortnightly throughout the crisis, and offers participants a platform to exchange ideas on public health and economic policies to deal with it.
On Friday, Australia, Canada and South Korea – along with New Zealand and Singapore again – launched another joint statement, this time endorsing a plan to allow essential business travel and the flow of essential items among themselves. 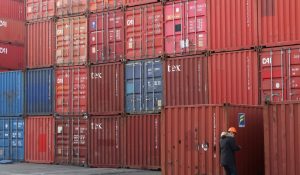 Experts say the ad hoc trade agreements are part of a wider trend that comes in the aftermath of strained US-China ties. Photo: Reuters

In a Facebook post, Singapore’s trade minister Chan Chun Sing said the latest effort and the other initiatives launched recently represented the countries’ “collective commitment” towards maintaining trade and keeping supply chains open.
Trade observers told This Week in Asia the various plans were laudable, even though they remained deeply sceptical that these ad hoc arrangements would reverse the rush among most governments to adopt protectionist policies.
“The coalition of medium-sized countries whose main attribute is their soft power in the field of free trade is especially relevant today,” said Andres Rebolledo Smitmans, Chile’s former energy minister and a leading proponent of free trade in the South American country.
David Capie, director of the Centre for Strategic Studies at New Zealand’s Victoria University of Wellington, said he believed the coming together of smaller countries was part of a wider trend that had arisen because of strained US-China ties and with neither of the superpowers looking “very appealing as a leader”. “So I think we are going to see more and more of these ad hoc efforts where groups of states come together to try and defend their interests issue by issue,” Capie said.

While Singapore has almost immediately benefited from its pact with New Zealand – it received some 20 tonnes of meat, including lamb and beef, on April 22 under the auspices of their agreement – their arrangement is likely to be hard to recreate, experts say.

Elms, the Singapore-based trade consultant, said the scramble for food supplies would soon be sharply in focus.

Data from the International Food Policy Research Institute shows that binding export restrictions put in place by 15 countries were impacting 5 per cent of globally traded calories as of mid-April.

“This is the reason Singapore, New Zealand and others have started these initiatives to ensure open trade lanes for key products,” said Elms.

But “governments are likely to be reluctant to sign on if they expect political imperatives to restrict trade,” she said, and countries that might want to freely trade much-needed medical supplies might still “refuse to sign because the precedent might make it less easy to restrict other items”.

In the longer term, moves by firms from the US, Japan and Europe to accelerate the relocation of manufacturing from China is one key reason observers, while lauding the slew of ad hoc initiatives, have little hope that it will serve as a shot in the arm for global free trade.

Japan has launched a US$2.2 billion fund to tempt its manufacturers to return home or set up shop in Southeast Asia, and in the US the influential director of the National Economic Council, Larry Kudlow, has said the federal government should foot the relocation costs for American businesses. 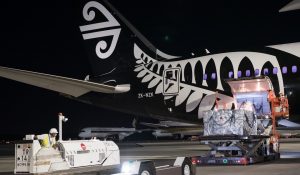 Essential goods including beef and lamb sent from New Zealand to Singapore being unloaded from an Air New Zealand plane on April 22. Photo: EPA

While the smaller countries’ ad hoc measures were to be commended, “free trade and open supply chains are not a guaranteed outcome from Covid-19”, said Wendy Cutler, a former top US trade negotiator and the current vice-president of the Asia Society Policy Institute.

“The pandemic has revealed for many their overdependence on China for personal protective equipment and medical supplies, which may lead to more inward-focused policies, including incentives for on-shoring production,” she said.

One cause for optimism is that several of the countries involved in the emergency initiatives are members of the 11-nation Comprehensive and Progressive Agreement for Trans-Pacific Partnership (CPTPP) – giving hope that the beleaguered pact could gain a second wind in the aftermath of the pandemic.

Singapore, New Zealand, Brunei and Chile together composed a first draft of the CPTPP’s predecessor in 2006.

The agreement was signed in 2018 without the US – also one of its early architects – and has since had mixed reviews, with only seven of the 11 signatories having ratified the treaty so far.

In a joint op-ed last week, the trade ministers of Singapore, New Zealand, Australia and Britain touted the agreement as a “key part of promoting a liberal free-trading agenda across the world”.

Britain is hoping to join the CPTPP as part of its engagement strategy with Asia following its exit from the European Union.

“Coming out of the pandemic, we may see increased interest among others in joining the CPTPP in an effort to regionalise supply chains and diversify trading partners,” said Cutler from the Asia Society Policy Institute.

Elms from the Asian Trade Centre said any advancement in free trade would likely only come after “more shock to the system”.

“For now, it is likely that governments will try to restrict trade in the interest of their own people. Once the economic damage of these decisions takes place, it is likely to send everyone back to the drawing board to design a trade system better built for purpose.”

Former Chile official Smitmans said the best way forward for small countries was to avoid being bogged down by pessimism and instead press ahead with their “second best” plans.

“Our countries must continue to implement a pragmatic trade policy … even if it involves more bilateral or subregional trade agreements, fragmentation of the markets and we move away from global trade governance,” he said. “This is the only way to ensure that our export markets are kept open.”