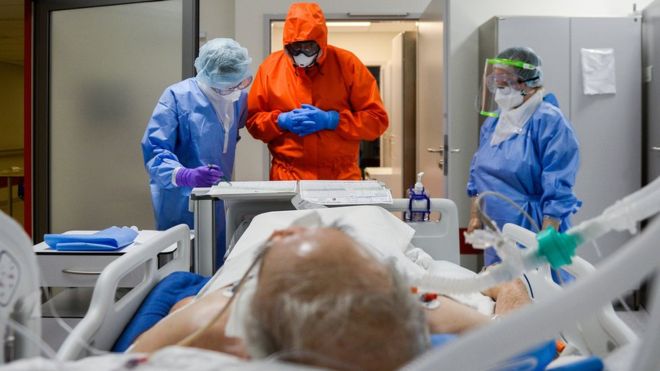 More than 227,000 people have died with Covid-19, but there are still no drugs proven to help doctors treat the disease.

So how far are we from these life-saving medicines?

What work is being done to find treatments?

More than 150 different drugs are being researched around the world. Most are existing drugs that are being trialled against the virus.

There are three broad approaches being investigated:

What is the most promising coronavirus drug?

The latest clinical trials of remdesivir, an anti-viral drug originally developed to treat Ebola, have been encouraging.

The US National Institute of Allergy and Infectious Diseases (NIAID) found that remdesivir cut the duration of symptoms from 15 days down to 11. The trials involved 1,063 people at hospitals around the world. Some were given the drug and others were given a placebo (dummy) treatment.

Dr Anthony Fauci who runs NIAID, said that remdesivir had “a clear-cut, significant, positive effect in diminishing the time to recovery”.

However, although remdesivir may aid recovery – and possibly stop people having to be treated in intensive care – the trials did not give any clear indication whether it can prevent deaths from coronavirus.

It is thought that anti-virals may be more effective in the early stages, and immune drugs later in the disease.

It is one of the four drugs in the WHO Solidarity trial and its manufacturer, Gilead, is also organising trials.

The US data on remdesivir was published at the same time as a trial of the same drug in China, reported in the Lancet medical journal, showed it was ineffective.

However, that trial was incomplete because the success of lockdown in Wuhan meant doctors ran out of patients.