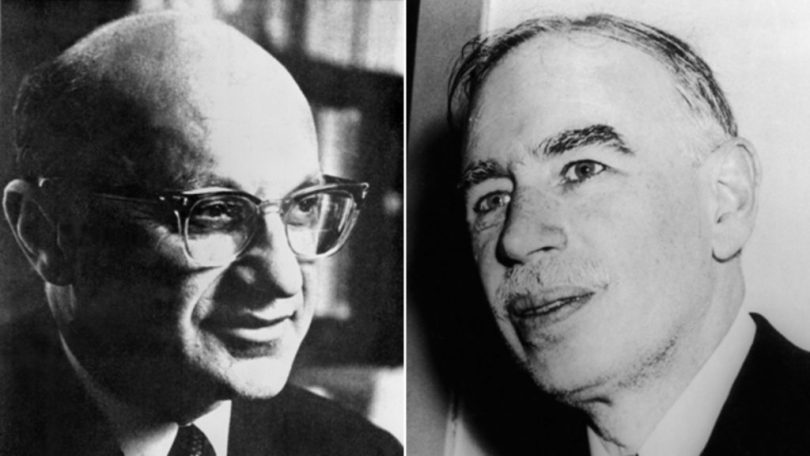 Are We Ready to Take It to the Next Level?

Neither the Keynesians nor the monetarists are now in the picture. The world is somewhere it wasn’t before.

They say that each crisis produces its unique movement of thought. The Great Depression of the 1929s and the economic crisis of the 1970s gave rise to new schools of thought in terms of economics: Keynesian and monetarist.

The model developed by the British economist John Maynard Keynes for the exit from the Great Depression of 1929 also forms the basis of current economic policy. According to the theory put forward by Keynes, it is not true that the economy advanced by classical economic theory will automatically equilibrate and reach the stage of full employment. Even if we assume that this idea is correct, there is no point in waiting for the economy to correct itself in the long term. Because in Keynes’ famous saying, “We all die in the long run.” Therefore, in times of economic downturn, the state should intervene in the economy and take refreshing measures. (Jahan, 2014)

Especially after the Second World War, the economic policies of the developed capitalist countries were based on Keynesian foundations. As a result, state intervention in economic life increased steadily. However, the Keynesian viewpoint that was put forward during the high unemployment and economic crisis of the 1930s was confronted with major problems, especially in the economic environment of the 1970s. Because now inflation and unemployment have started to coexist. Keynesians failed to explain this phenomenon called stagflation and to find a solution to the problem. This led to their intense criticism, especially from the “monetarists”, i.e. money men. (Stagflation, 2020)

The main difference between these two points of view stems from the disagreement over the capitalist system. Keynesians are of the opinion that a developed capitalist economy does not have a stable and balanced structure and that state intervention in economic life is imperative to maintain growth with stability. On the other hand, monetarists, like pre-Keynesian economists, believe that the capitalist system has the capacity to self-correct and sustain itself. According to them, the problem comes from state intervention in economic life. What needs to be done is to control the amount and increase of money in the economy and minimize state intervention. Then the market mechanism will do what is necessary. (Keynesyen İktisat Nedir, 2020)

After all, it seems that the 2020s can also be seen as a crisis platform which, in the future, will become the origin of the history of new economic thinking. COVID-19 seems to be spawning a new kind of economists; ecological economists. Although they have been around for a long time (mainly since the days when climate change issues first emerged and ecological economists were there as advocates of the new economic system), this new epidemic has introduced them back into the arena again.

So I desperately believe that this epidemic is a rehearsal for the next “climate change virus”. Both are biological, natural and environmental problems of the world.

“… climate change is caused by certain gases absorbing heat. But that’s a very shallow explanation. To really understand climate change, we need to understand the social reasons that keep us emitting greenhouse gases. Likewise with COVID-19. Yes, the direct cause is the virus. But managing its effects requires us to understand human behaviours and its wider economic context. Tackling both COVID-19 and climate change is much easier if you reduce nonessential economic activity. For climate change this is because if you produce less stuff, you use less energy, and emit fewer greenhouse gases. The epidemiology of COVID-19 is rapidly evolving. But the core logic is similarly simple. People mix together and spread infections. This happens in households, and in workplaces, and on the journeys people make. Reducing this mixing is likely to reduce person-to-person transmission and lead to fewer cases overall.” (Mair, 2020)

The solution of the two is almost the same. If the world can cope with the current natural epidemic and can establish the “new” and “necessary” world order in economic and political terms, then they may have a chance to survive in the future when faced with a new but much more challenging outbreak; such as climate change or a new virus.

You can find the solution to a virus, perhaps with considerable losses, but you can. With vaccination, with pharmacy, by developing new medical technologies, it doesn’t matter. Yes, indeed, you can deal with future viruses. But what about climate change? Can we also cope with it without taking the necessary precautions?

From my point of view, this will not be possible and we will not be able to survive because the “climate change virus” will not be a temporary guest as COVID-19. It will stay with us forever once it visits.

That is why we should use these days of crisis as an opportunity to change the system, to move to a new world order. This is a huge opportunity to understand the deficiencies of the system, to put aside our “egos” and decide what to value most. Is human life or “exchange rate” values more? Which products or labour force is more important? Which deserves to be paid more?

I really don’t want to sound like an anti-capitalist in any way, and it’s not a case of defending an ideology. My will is to defend the value of human life, even if human beings themselves do not value their lives.

On the other hand, is it right to blame the states themselves but not the citizens living in those states?

What do ecological economists suggest?

They suggest a completely new system. According to ecological economists, neither the Keynesian nor the monetarist economic system will work here because we do not want the economy to recover. The so-called wartime economic response that suggests a massive increase in production is not the solution we need for the COVID-19 crisis, argues James Meadway (What will the, 2020).

“Rather, we need an “anti-wartime” economy and a massive scaling back of production. And if we want to be more resilient to pandemics in the future (and to avoid the worst of climate change) we need a system capable of scaling back production in a way that doesn’t mean loss of livelihood.” (Mair, 2020)

We need to get the economy to recover. On the other hand, if we continue to produce at this rate, environmental pollution will increase even more. It is obvious that we need to forge a new economic mentality.

The current economic mentality is to buy and sell consumer goods. However, the primitive way of the economy is to produce and consume in order to survive. The good news is that: the days of lockdown and quarantine show us that we can live, not only survive by consuming less (and therefore producing less).

Ecological economists are now faced with the problem of producing less while keeping people working. To address this problem, several proposals have been put forward. Reducing working hours, reducing people’s dependence on wages to live, removing non-essential jobs from the system are some of them.

If this epidemic lasts longer, which I hope it does not, yes it can. The world can/should then move to the proposed new economic system. This is simply because the current system (capitalism) cannot continue to pay the wages of workers who do not produce (and currently do not work) for the survival of human beings.

On the other hand, if COVID-19 ends and the world returns to “normal”, then the proposed new system will not be built.

Devastating theory: what can we suggest?

As these theories have emerged, some have wondered whether this virus is Russia’s revenge for World War I or China’s revenge for capitalism. Is socialism what the world needs? In my view, none of these countries are trying to take that revenge. They cannot because socialism is not the ideal way to get rid of this crisis. Theirs is a regime that has powers beyond, not people-centered.

It is not the revenge of Russia or China. If we want to call it revenge, it is revenge for the children who cannot find food and are dying while some of us desperately need that smartphone. It is the vengeance of the world and the world is warning now. Are we ready to move on to the next level? It’s going to be harder. Are we sufficiently equipped? Or do we have to repeat “level one”? But who cares? If we can’t get past this level, we will start over and over again until we lose all our lives. It’s a game.

Mair, S. (2020). Could the huge shifts in our way of life being introduced as part of the fight against Covid-19 pave the way for a more humane economy?.
https://www.bbc.com/future/article/20200331-covid-19-how-will-the-coronavirus-change-theworld

What will the world be like after coronavirus? Four possible futures. (2020).
https://theconversation.com/what-will-the-world-be-like-after-coronavirus-four-possiblefutures-134085