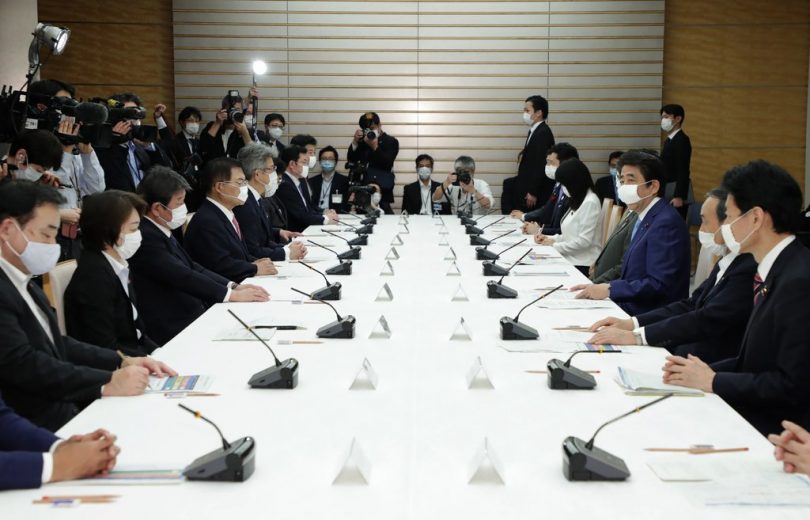 Global stocks and oil prices rose on Tuesday, as investors began to look for signs of optimism after a slew of discouraging financial results from major companies.

European markets opened strongly after a quiet day in Asia, where markets in Japan, China and South Korea closed for holidays. Futures markets were predicting positive openings for Wall Street as well.

The rise continued a late rally on Wall Street on Monday, when rising shares of large technology companies overshadowed a broader global drop spurred in part by rising tensions between the United States and China. Investors have been cheered by the potential for recovery efforts in the United States, as well as disclosures from places as far-flung as Europe, China and New Zealand that the worst may be over in some of the hardest-hit places.

Underscoring the optimism, oil prices surged in early Tuesday trading, though they remained at historically low levels. The price of benchmark crude in the United States was up more than 10 percent. Prices for U.S. Treasury bonds, a traditional investor safe haven, fell in early global trading as well. Stocks on Wall Street inched higher on Monday, following a drop in Europe and Asia, as investors remained on edge about the severity of the economic downturn.

The S&P 500 was less than half a percent higher, after recovering from early losses in part because of a rebound in shares of large technology companies.

Markets have been pushed and pulled by two competing ideas lately. Encouraged by the progress made in combating the coronavirus pandemic and hopeful that economies will begin to reopen soon, investors bid stocks sharply higher in April. But that optimism has been undermined as evidence of the damage caused by the coronavirus pandemic to employment, corporate profits and the broader economy continues to roll in.

For the last few days, the focus has been on the risks. On Monday, sentiment was hurt by rising tensions between the United States and China.

The Trump administration, under pressure for its own bungles in dealing with the outbreak, has ramped up criticism of China’s response. President Trump said on Sunday that the Chinese government made a “horrible mistake” in its coronavirus response and then orchestrated a cover-up that allowed the pathogen to spread around the world. He has threatened new tariffs on Chinese products in response.

In some global markets, the drop was partly a catch-up to trading on Friday. Stocks in France and Germany, which had been closed Friday, fell more than 3 percent. But the FTSE 100 in Britain, which did trade on Friday, was only slightly lower.

Living without broadband has gone “from a mild inconvenience to a near impossibility.” Parking lots have been a digital lifeline during the pandemic, a patch for one of the most stubborn problems in technology — and one the coronavirus has exacerbated. Instead of spending hours in restaurants, libraries and cafes, people without fast internet access at home are sitting in lots near schools, libraries and stores that have kept their signals on.

School leaders in Philadelphia and Sacramento have encouraged families to use free hot spots in library and school parking lots. More than 100 people logged on to the Wi-Fi of one of Omaha’s libraries over three days recently. Near Topeka, Kan., a steady flow of cars now arrive outside the public library, while other cars cluster near connected bookmobiles parked in lots near a women’s correctional facility and a mobile home park.

“I hope that there is a lesson learned from this,” said Gina Millsap, the chief executive of the Topeka & Shawnee County Public Library. “Broadband is like water and electricity now, and yet it’s still being treated like a luxury.”

Mary Anne Mendoza, 26, a doctoral student at the University of California, Irvine, shares the least expensive internet service available with her mother and sister in their two-bedroom apartment near the college. When her mother, an M.B.A. candidate, is on a videoconference call, and her sister is online for an undergraduate class, the Wi-Fi at home slows to a crawl.

As a result, Ms. Mendoza, who also teaches political science at California State Polytechnic University, Pomona, has been driving to the parking lot of a nearby Starbucks to get online.

“In my car, I get the privacy I need, and the quality of service is better,” she said.

One in four Americans has no high-speed internet access at home, according to the Pew Research Center, either because it’s too expensive or because the home is in a rural area with limited service. Some use their smartphone data plans for high-speed internet access, but those plans are often insufficient to handle work from home and distance learning. That makes it harder for many people to work from home during the health crisis and for their children to keep up with their schoolwork away from the classroom.

A deal to sell Victoria’s Secret to a private equity investor falls apart.

Sycamore Partners had agreed to buy a majority of Victoria’s Secret from L Brands in February for $525 million in a deal that was expected to close this spring.

L Brands will no longer sell Victoria’s Secret to Sycamore Partners, a private equity investor. The firms said on Monday that they had reached a mutual agreement to terminate the deal. The announcement came after L Brands and Sycamore sparred in court about moving forward with the transaction based on Victoria’s Secret’s response to the coronavirus outbreak.

Sycamore had agreed to buy a majority of Victoria’s Secret from the embattled L Brands in February for $525 million in a deal that was expected to close this spring. Bath & Body Works, which is also owned by L Brands, would become a stand-alone public company. But Sycamore tried to back out of the agreement as the pandemic forced Victoria’s Secret, and much of the retail industry, to temporarily close stores and furlough staff.

Renewable energy gains ground against coal during the pandemic. 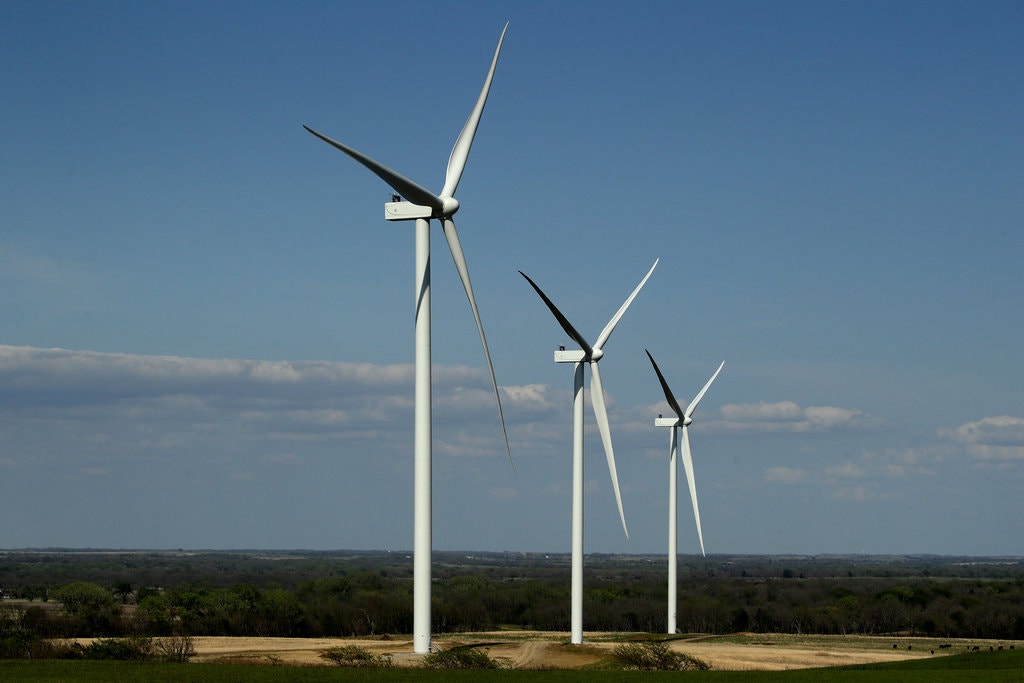 Wind turbines, solar panels and hydroelectric plants are supplying more electricity to the United States than coal-fired power plants since the coronavirus outbreak spread widely, according to an analysis published on Monday.

Renewable energy sources supplied more power to the electric grid than coal-fired plants every day in April, the first full month they have ever done so, according to a review of government data by the Institute for Energy Economics and Financial Analysis.

The declining use of coal long predates the coronavirus pandemic, but a sharp drop in electricity demand is probably accelerating that shift, some analysts said. That’s because as revenue suffers, utilities might be opting to get more electricity from wind and solar farms, which cost little to operate, and less from power plants fueled by fossil fuels.

The energy institute found that coal supplied less than 20 percent of the country’s electricity in January and dropped to just 15.3 percent in April. As recently as 2008, coal accounted for about half of the nation’s electricity.