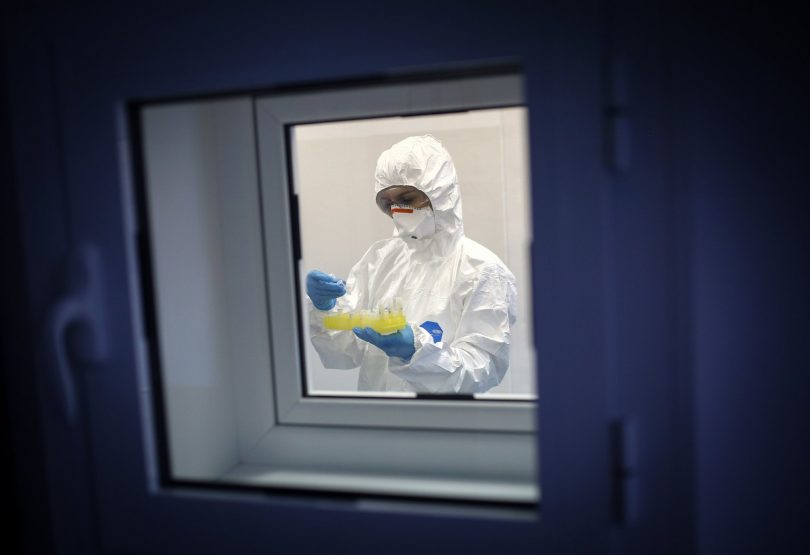 Governments, companies and academic labs are accelerating their efforts amid geopolitical crosscurrents, questions about safety and the challenges of producing enough doses for billions of people.

WASHINGTON — Four months after a mysterious new virus began its deadly march around the globe, the search for a vaccine has taken on an intensity never before seen in medical research, with huge implications for public health, the world economy and politics.

Seven of the roughly 90 projects being pursued by governments, pharmaceutical makers, biotech innovators and academic laboratories have reached the stage of clinical trials. With political leaders — not least President Trump — increasingly pressing for progress, and with big potential profits at stake for the industry, drug makers and researchers have signaled that they are moving ahead at unheard-of speeds.

But the whole enterprise remains dogged by uncertainty about whether any coronavirus vaccine will prove effective, how fast it could be made available to millions or billions of people and whether the rush — compressing a process that can take 10 years into 10 months — will sacrifice safety.

Some experts say the more immediately promising field might be the development of treatments to speed recovery from Covid-19, an approach that has generated some optimism in the last week through initially encouraging research results on remdesivir, an antiviral drug previously tried in fighting Ebola.

In an era of intense nationalism, the geopolitics of the vaccine race are growing as complex as the medicine. The months of mutual vilification between the United States and China over the origins of the virus have poisoned most efforts at cooperation between them. The U.S. government is already warning that American innovations must be protected from theft — chiefly from Beijing.

“Biomedical research has long been a focus of theft, especially by the Chinese government, and vaccines and treatments for the coronavirus are today’s holy grail,” John C. Demers, the assistant attorney general for national security, said on Friday. “Putting aside the commercial value, there would be great geopolitical significance to being the first to develop a treatment or vaccine. We will use all the tools we have to safeguard American research.”

The intensity of the global research effort is such that governments and companies are building production lines before they have anything to produce.

“We are going to start ramping up production with the companies involved,” Dr. Anthony S. Fauci, the director of the National Institute of Allergy and Infectious Diseases and the federal government’s top expert on infectious diseases, said on NBC this week. “You don’t wait until you get an answer before you start manufacturing.”

Two of the leading entrants in the United States, Johnson & Johnson and Moderna, have announced partnerships with manufacturing firms, with Johnson & Johnson promising a billion doses of an as-yet-undeveloped vaccine by the end of next year.

Not to be left behind, the Britain-based pharmaceutical giant AstraZeneca said this week that it was working with a vaccine development project at the University of Oxford to manufacture tens of millions of doses by the end of this year. A researcher replicating the coronavirus in order to develop a vaccine in Belo Horizonte, Brazil.Credit…

With the demand for a vaccine so intense, there are escalating calls for “human-challenge trials” to speed the process: tests in which volunteers are injected with a potential vaccine and then deliberately exposed to the coronavirus.

Because the approach involves exposing participants to a potentially deadly disease, challenge trials are ethically fraught. But they could be faster than simply inoculating human subjects and waiting for them to be exposed along with everyone else, especially as the pandemic is brought under control in big countries.

Even when promising solutions are found, there are big challenges to scaling up production and distribution. Bill Gates, the Microsoft founder, whose foundation is spending $250 million to help spur vaccine development, has warned about a critical shortage of a mundane but vital component: medical glass.

Without sufficient supplies of the glass, there will be too few vials to transport the billions of doses that will ultimately be needed.

The scale of the problem and the demand for a quick solution are bound to create tensions between the profit motives of the pharmaceutical industry, which typically fights hard to wring the most out of their investments in new drugs, and the public’s need for quick action to get any effective vaccines to as many people as possible.

So far, much of the research and development has been supported by governments and foundations. And much remains to be worked out when it comes to patents and what national governments will claim in return for their support and pledges of quick regulatory approval.

Given the stakes, it is no surprise that while scientists and doctors talk about finding a “global vaccine,” national leaders emphasize immunizing their own populations first. Mr. Trump said he was personally in charge of “Operation Warp Speed” to get 300 million doses into American arms by January.

Already, the administration has identified 14 vaccine projects it intends to focus on, a senior administration official said, with the idea of further narrowing the group to a handful that could go on, with government financial help and accelerated regulatory review, to meet Mr. Trump’s goal. The winnowing of the projects to 14 was reported Friday by NBC News.

But other countries are also signaling their intention to nationalize their approaches. The most promising clinical trial in China is financed by the government. And in India, the chief executive of the Serum Institute of India — the world’s largest producer of vaccine doses — said that most of its vaccine “would have to go to our countrymen before it goes abroad.”

George Q. Daley, the dean of Harvard Medical School, said thinking in country-by-country rather than global terms would be foolhardy since it “would involve squandering the early doses of vaccine on a large number of individuals at low risk, rather than covering as many high-risk individuals globally” — health care workers and older adults — “to stop the spread” around the world.

Given the proliferation of vaccine projects, the best outcome may be none of them emerging as a clear winner.

“Let’s say we get one vaccine quickly but we can only get two million doses of it at the end of next year,” said Anita Zaidi, who directs the Bill and Melinda Gates Foundation’s vaccine development program. “And another vaccine, just as effective, comes three months later but we can make a billion doses. Who won that race?”

The answer, she said, “is we will need many different vaccines to cross the finish line.”