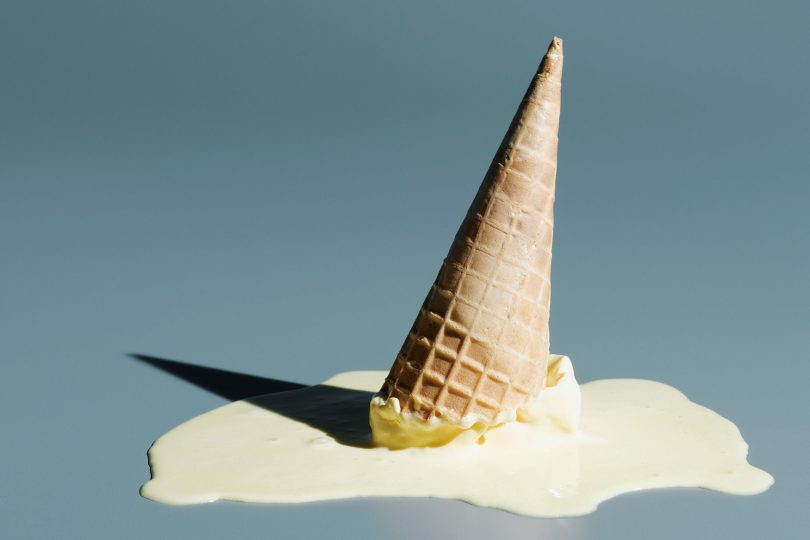 Researchers want to know if the disease is seasonal, like colds. But while heat and humidity harm the virus in the lab, that’s not the same as real life.

THE MAPS THAT the National Weather Service publishes every month, forecasting what may happen in the months to come, predict above-average temperatures and rainfall for much of the United States in May, June, and July. In normal times, that would be unnerving news, a sign of storms coming and a climate wrenched awry. Right now, though, the predictions are fueling a weird hope: that a hotter, wetter summer might put the brakes on Covid-19.

In the temperate zones of the world, other respiratory pathogens, and even other coronaviruses, lose their power as temperatures and humidity rise. But for the coronavirus fueling this pandemic, that remains only a hope. The research showing whether it possesses what virologists call “seasonality” is early, and much of it is contradictory. There is no clear proof yet that summer might save us.

The notion that the virus might be seasonal got big air time on April 23 during a White House briefing, when William Bryan, an acting undersecretary in the Department of Homeland Security, previewed unpublished research done at the National Biodefense Analysis and Countermeasures Center, within the Army’s biosecurity laboratory. Bryan said that increases in ambient temperature and humidity, and exposure to sunlight, all cut into the virus’s ability to survive in the droplets that people exhale when they cough and speak, as well as on the surfaces those droplets fall onto.

Higher temperatures, higher humidity, sunlight: That sounds like summer. But the experiments that showed the suppressive effects were done in controlled laboratory conditions. Though vice president Mike Pence said during the briefing, “The fact that heat and sunlight have on the coronavirus … increase the confidence that we feel about the coming summer,” Bryan was careful to hedge. “It would be irresponsible for us to say that we feel that the summer is just going to totally kill the virus,” Bryan said.

Two weeks before that briefing, a committee at the National Academy of Sciences published what’s called a “rapid expert consultation”—a review of published research and preprints, combined with interviews—about whether the virus might be affected by changes in temperature, humidity, or time of year. The committee members expressed a more nuanced view than the White House did. “Although experimental studies show a relationship between higher temperatures and humidity levels, and reduced survival of SARS-CoV-2 in the laboratory,” the group wrote, “there are many other factors besides environmental temperature, humidity, and survival of the virus outside of the host, that influence and determine transmission rates among humans in the ‘real world.’”

David A. Relman, a physician and professor at Stanford University School of Medicine, wrote the opinion for the group, which reviewed extant and not-yet-published research, including the Army work. Speaking by phone, he said that though there is some experimental evidence that the virus is sensitive to heat and humidity, and some observational natural history studies of transmission rates varying in places with different ambient temperatures and humidity, there is not enough solid evidence to confirm that a summertime improvement might occur. “What we’re saying is: It may happen and it may not,” Relman said. “Just don’t count on it.”

The reason everyone’s so interested in whether summer can kill the novel coronavirus is simple: So far, not much else has worked. The interventions that have had some effect—such as social distancing and broad shutdowns of businesses and schools—impose enormous financial and psychological costs. Trusting in summer would be an uncomplicated solution. And there’s logic behind that hope, because other respiratory infections, such as the flu and some colds, are largely seasonal.

But why they are is a bit of a mystery. Researchers have speculated that changes in ambient temperature and humidity may make these viruses less viable by affecting their outer proteins and membrane, or by altering how quickly the virus-carrying droplets from mouth and throat evaporate. On the other hand, the change in infection rate might be due to the ways that people change their behavior with the seasons, going from being enclosed in offices and schools to opening windows and spending more time outdoors. (Getting more sunlight, which drives Vitamin D production and might enhance the immune system’s defenses, might play a role, too.)

More subtly, it’s also possible that changes in temperature and humidity affect our bodies in ways that make them more or less vulnerable to viral infection. Cold, dry air damages the cells that line the respiratory tract, which might leave them less able to recruit defenses against viruses. Warm, moist air might be protective: It hydrates the layer of mucus that lies on top of cells and insulates them from viruses and microscopic particles.

Whatever the reason, the seasonal effect for the flu and some kinds of colds is real: They peak during the colder months in both hemispheres. It’s different, though, in places that don’t have cold months, or seasons. In the tropics, flu infections occur year round. That also may have an environmental explanation. Humidity keeps virus-containing droplets from losing their water content; instead of becoming lighter, which lets them float through the air on the way to someone else’s nasal passages, they fall out of the air onto surfaces. And there’s some evidence that flu transmission in the tropics depends less on breathing the virus in and more on transferring it from a surface to a person’s eyes or nose or mouth. (In other words: Life finds a way.)

It turns out that the known human coronaviruses, the ones that are part of the mix of germs that cause common colds, have seasonality too. Last month, a team led by longtime flu researcher Arnold Monto of the University of Michigan analyzed 8 years of data from an ongoing study of respiratory infections that is normally used to assess whether the annual flu vaccine is working as intended. They found that four already-known coronaviruses—none of them the new pandemic strain—were circulating during those years, and that all four of them were what the team called “sharply seasonal.” They arrived in November or December, peaked in January or February, and disappeared after May. A study 10 years ago found a similar pattern in infections among kids in day care.

But those coronaviruses have been adapting to humans and interacting with our immune systems for a long time. Viruses that are new to humans seem not to follow that seasonal rule. Take, for instance, the 2009 H1N1 flu. It wasn’t a seasonal strain when it debuted; it was a new-to-us virus that crossed over from pigs and began infecting humans as the regular flu season was ending. It continued to infect people throughout the summer, and then the case count rose into the fall and winter. By the following year, though, it had become another seasonal flu strain.

“We have seen before that novel pathogens behave differently in their first year than after they become established and have an opportunity to circulate in the human population,” says Caitlin Rivers, an epidemiologist and assistant professor at the Johns Hopkins Center for Health Security.

Making matters more complicated, the coronavirus that broke out in 2003, causing the worldwide epidemic of SARS, moved through the world in February but was completely gone by June. Some of its squelching was due to aggressive interventions, such as quarantine and social distancing. But some may have been due to rising temperatures. A study published in 2011 by researchers in Hong Kong, where the SARS outbreak was intense, found that the virus did survive better in cool, dry places. They hypothesized that might have protected some parts of Southeast Asia, but might actually have facilitated transmission in Hong Kong and Singapore, because those affluent cities have so much air conditioning.

And, to be clear, that coronavirus is not this one. The virus behind Covid-19 is perplexing in so many ways, from the people it attacks to the range of illness it causes to its wild array of symptoms. Unlike its cousin, the original SARS virus, it seems perfectly happy to spread in tropical climates. And new research, also reviewed by the National Academies committee and subsequently published as a preprint, shows it may be extremely sturdy even in conditions that would daunt other viruses.

For that project, Chad J. Roy, a microbiologist and director of the infectious disease aerobiology and biodefense research programs at Tulane University’s National Primate Center, oversaw work at two universities and two government labs in which the Covid-19 virus was aerosolized and spun in a high-velocity drum, what he describes as “a very stressful environment for pathogens.” In the short term, up to 30 minutes, the new coronavirus was more resilient than the coronaviruses behind SARS and MERS. And after 16 hours of spinning, an extraordinary amount of time, samples of the virus still appeared to be able to cause infections. (That conclusion was based on examining the virus with electron microscopy, not by infecting animals or cells.)

Roy is quick to say that his research, like the Army research, does not approach real-world conditions. In fact, the drum, operating inside a high-containment laboratory, is spun in total darkness. But by examining the behavior of the virus in aerosol, it may help determine its transmissibility, which is a necessary precondition to predicting seasonality. “It’s part of the puzzle, and will have to be considered with other studies,” he says.

It seems at this point there are no pre-existing studies that can predict with confidence how the novel coronavirus will behave as the seasons change. And even if the occurrence of new cases of Covid-19 does diminish in the months to come, that might not be proof of seasonality per se. It could signal instead the effect of herd immunity, or successful social distancing, or some other influence not yet factored in. Some epidemiologists are cautiously betting that there might be a downward curve, but they don’t trust it to last.

“My best guess is that we will probably see a drop in new cases, but I don’t think that we’ll see a total diminishment,” says Robert Bednarczyk, an epidemiologist and assistant professor at Emory University’s Rollins School of Public Health. “And in the fall, it probably will start coming back. I think at least for this upcoming year, we probably won’t see that sharp seasonality that we normally do, until it’s had some time to circulate to the population for a little bit longer.”

Which means there will be a lot to learn, as the humidity rises and the temperature starts trending up. Summer itself is the study, a natural experiment that will tell us what comes next. And the experimental animals are us.