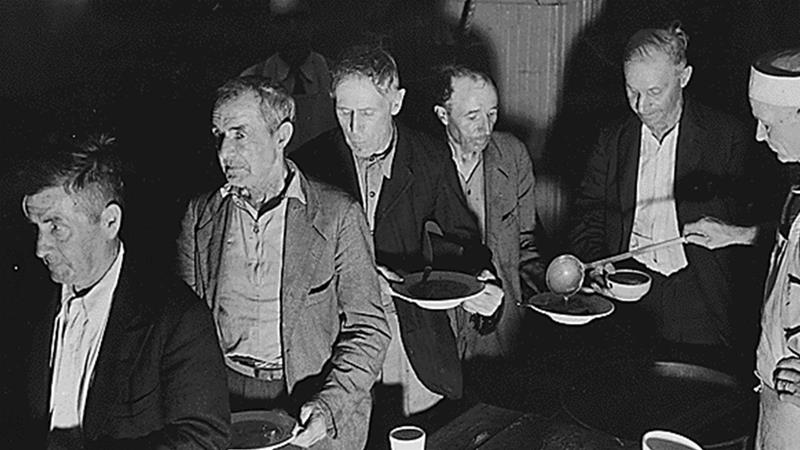 And a corresponding rise in nationalism and xenophobia may follow, just as it did in the 1930s.

It is very likely that the economic impact of the coronavirus crisis will be comparable with the Great Depression, the period of devastating economic decline between 1929 and 1939, which saw mass unemployment, factory closures and the accompanying personal trauma.

The coronavirus outbreak will bring an economic depression – that is, a severe and prolonged economic decline with high levels of unemployment and company closures.

Record numbers of people will likely suffer from post-traumatic stress disorder (PTSD), the combination of stress, anxiety and depression that develops in some people who have experienced a traumatic event.

The coronavirus outbreak is already such an event. More than three million people around the world have been infected by the virus and more than 200,000 have died of it. Estimates show that the coronavirus may kill 100,000 Americans, the equivalent to double the number of Americans who died in the Vietnam War.

The United Nations Conference on Trade and Development (UNCTAD), the UN’s trade and development agency, says the slowdown in the global economy caused by the coronavirus outbreak is likely to cost at least $1 trillion in 2020 alone, in terms of reduced growth measured in gross domestic product (GDP).

Over time, the cost to the global economy is likely to be three or four times that figure.

As a comparison, it is estimated that the 2007-2009 global financial crisis cost the US around $4.6 trillion in terms of lost growth in GDP, or 15 percent of its GDP compared to the years before the financial crisis.

During the Great Depression, unemployment in many countries hovered around 25 percent, with one in four people in industrial countries made jobless by it. In the US, nearly half of the banks collapsed, 20,000 companies went bankrupt and 23,000 people committed suicide.

The International Labour Organization (ILO) has predicted that the pandemic will wipe out 6.7 percent of working hours in the second quarter of this year – the equivalent of 195 million full-time workers.

This is already playing out. In the US, more than 22 million people filed claims for jobless benefits in the four weeks ending April 11, according to the US Department of Labour. To put these latest numbers into context, in 2008, at the height of the global financial crisis, 2.6 million people in the US filed for unemployment in that year, making 2008 the year with the biggest employment loss since 1945.

Suicides, domestic violence and murders increase during times of economic hardship and this may be further exacerbated by lockdowns and self-isolation.

Wealthier countries such as Germany, the UK and the US have rolled out large aid programmes – larger than those which appeared in the aftermath of the 2008 global financial crisis – to support businesses, the self-employed and the unemployed for loss of income during the lockdown. Germany will give unlimited loans to large companies, pay 60 percent of salaries of troubled companies to allow them to reduce the working hours of employees without having to lay them off and financial support to the self-employed.

The US has unveiled a $2 trillion coronavirus rescue package for struggling companies and employees, which includes loans, equity stakes for government in businesses in strategic sectors and direct cash payments to individuals.

While these bailouts might provide interim relief, they will plunge countries, companies and families into debt for years, while we will also have to deal with the social crises of deaths, suicides and mental disintegration for a long time after the coronavirus pandemic.

After the Great Depression there was a rise in nationalism around the world – as a direct result of the financial, social and emotional hardships of the depression – creating the conditions that eventually led to the second world war.

There has been a similar rise in nationalism, populism and xenophobia during the coronavirus outbreak. Of course, this had been growing for many years before the pandemic, in part as a result of austerity measures that caused financial hardship in the aftermath of the 2007-2009 financial crisis.

The coronavirus crisis will likely make those austerity measures worse.

Although there have been pockets of solidarity in response to the coronavirus – Cuba sending medical personnel to Italy and China sending medical equipment to Poland, for example – some countries have stopped vital medicines, equipment and food from being exported to other countries.

Once the crisis has passed, some countries may continue turning themselves into fortresses, excluding outsiders, whether immigrants, refugees or foreign companies.

Nationalist, populist and extremist leaders and governments could ride the wave of post-coronavirus financial and emotional hardships, in the same way they did after the Great Depression. There is a real danger that the hardships caused by the coronavirus pandemic will lead to authoritarian governments coming to power in many countries, while those already in power become more entrenched.

If they do, the methods used to prevent the virus from spreading: sealing off borders, tracking infected individuals using surveillance technology and restricting people’s movements, could be used for more menacing purposes.