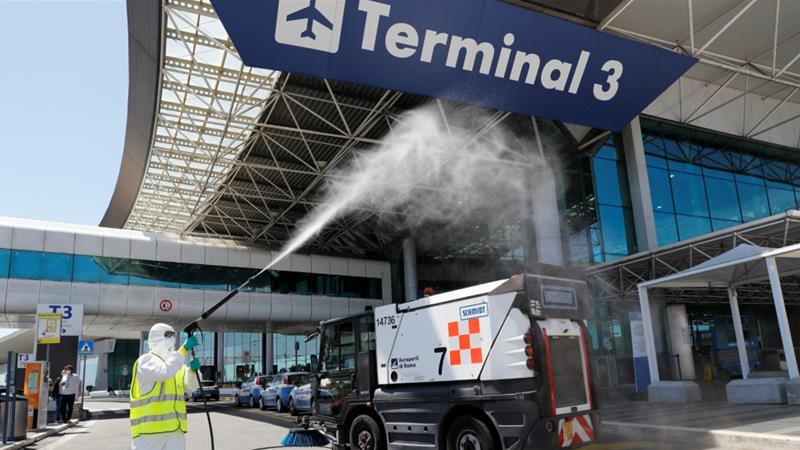 The health body has presented a series of steps that countries should take before lifting coronavirus restrictions.

The head of the World Health Organization (WHO) has warned of a surge in cases and a return to lockdowns if countries emerging from coronavirus pandemic restrictions do not manage transitions “extremely carefully”.

Director-General Tedros Adhanom Ghebreyesus, in a virtual briefing from Geneva on Wednesday, listed a series of steps countries needed to take before lifting measures designed to control the spread of the coronavirus, such as surveillance controls and health system preparedness.

“The risk of returning to lockdown remains very real if countries do not manage the transition extremely carefully and in a phased approach,” he said.

To date, more than 3.7 million people have been infected with the coronavirus, which first appeared in the Chinese city of Wuhan in December of last year. Over 260,000 people have died globally from COVID-19, the disease caused by the virus.

Around half of the world’s population is under some form of lockdown measures imposed in an unprecedented global bid to contain the spread of the virus, although several hard-hit countries, including the United States, Italy and Spain, have recently pivoted towards reopening their economies.

The warning from WHO was accompanied by a plea for countries to invest in their healthcare systems to preempt the next pandemic, rather than scrambling to respond when it hits.

“The COVID-19 pandemic will eventually recede, but there can be no going back to business as usual,” Tedros said. “We cannot continue to rush to fund panic but let preparedness go by the wayside. As we work on responding to this pandemic, we must also work harder to prepare for the next one.”

The director-general said the world spends about $7.5 trillion on healthcare each year, accounting for almost 10 percent of global gross domestic product, but that the investment in preparations for emerging pathogens lagged far behind before the pandemic.

“If we learn anything from COVID-19, it must be that investing in health now will save lives later,” he said.

“History will judge all of us not only on whether we got through this pandemic, but also on the lessons we learned and the actions we took once it was over.”

Tedros – who has come under fire, particularly by the agency’s top funder, the US, for his handling of the outbreak – also announced on Wednesday that the health body would conduct an “after-action” assessment of the agency’s response. However, he said, such an assessment would wait until the health crisis recedes.

The administration of US President Donald Trump has accused the Geneva-based WHO of being “China centric”, recently cutting off funding.

“While the fire is raging I think our focus should not be divided,” he said.

Amid a war of words between the US and China, and growing calls for investigations into the origins of the virus, WHO epidemiologist Maria Van Kerkhove also said on Wednesday that the agency was discussing a further “academic” mission to China.

US Secretary of State Mike Pompeo has said he has “evidence” that the virus emerged from a laboratory in Wuhan. Scientists have advised the WHO that the pathogen is animal in origin and that there is no evidence it came from the lab, calling the US government’s claims “speculation”.

Beijing’s United Nations ambassador in Geneva said on Wednesday that China will not invite international experts to investigate the source of the outbreak until China secures the “final victory” over the outbreak in the country and until the “right atmosphere” is restored with the US.