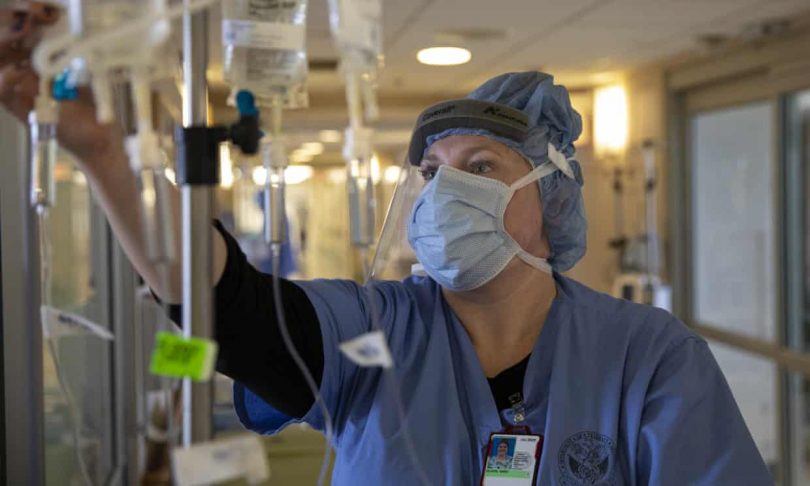 The deaths of three children in New York of inflammatory complications possibly linked to Covid-19 has prompted Andrew Cuomo, the state’s governor, to warn of “an entirely different chapter” of a disease that had been believed to cause only mild symptoms in children.

The governor reported the first death, of a five-year old boy, on Friday. At his morning press conference on Saturday, Cuomo raised the number of fatalities to three, after the death of a seven-year-old and a teenager.

“The illness has taken the lives of three young New Yorkers,” Cuomo said. “This is new. This is developing.”

Cuomo said many of the children did not display respiratory symptoms commonly associated with Covid-19 when they were brought to area hospitals, but all of them tested positive either for the virus or its antibodies.

NBC News found at least 85 such cases in children across the US with a majority in New York state, which has also recorded the highest number of Covid-19 cases in the country.

“We thought children could be vehicles of transmission … but we didn’t think children would suffer from it,” Cuomo said when he announced the first child fatality. He described the development as “really painful news”.

Kawasaki disease, which mainly affects children under five, can cause the immune system to go into “overdrive”, causing fever, severe diarrhea, rashes and conjunctivitis. In more severe cases it can inflame the walls of the arteries, affecting bloodflow to the heart and is potentially fatal.

New York City reported on Monday that 15 patients aged between two and 15 had been hospitalized over the past three weeks with the Covid-related syndrome. The death of the five-year old boy marks the first fatality from the new illness in the US. Seattle has reported a case along with a team at California’s Stanford children’s hospital.

A 14-year-old boy in the UK also died of the new illness; and several cases in Europe were detailed in a report published in the Lancet. Experts there reported that abdominal pain, gastrointestinal symptoms and cardiac inflammation were common to the cases.

In a press release through the American Heart Association, Dr Jane Newburger, the director of the Kawasaki program at Boston children’s hospital, confirmed that a small number of children developed serious inflammatory syndrome with Covid-19, often leading to hospitalization.

“We want to reassure parents – this appears to be uncommon. While Kawasaki disease can damage the heart or blood vessels, the heart problems usually go away in five or six weeks, and most children fully recover,” Newburger said.

“Rarely, but sometimes, the coronary artery damage persists. Because of this, Kawasaki disease is the most common cause of acquired heart disease in children in developed countries. Prompt treatment is critical to prevent significant heart problems.”