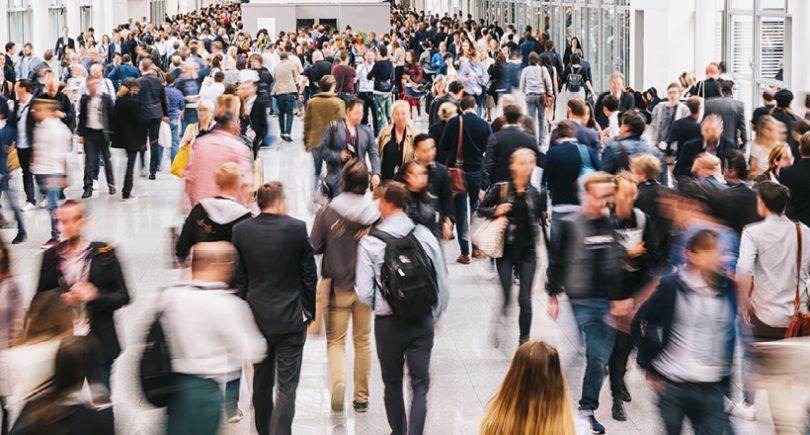 When the coronavirus that causes COVID-19 first started to spread, virtually nobody was immune.

Meeting no resistance, the virus spread quickly across communities. Stopping it will require a significant percentage of people to be immune. But how can we get to that point?

In this Q&A, Gypsyamber D’Souza, PhD ’07, MPH, MS, and David Dowdy, MD, PhD ’08, ScM ’02, explain that there are two paths to this level of protection—and why the fastest option is not the best one.

What is herd immunity?

When most of a population is immune to an infectious disease, this provides indirect protection—or herd immunity (also called herd protection)—to those who are not immune to the disease.

For example, if 80% of a population is immune to a virus, four out of every five people who encounter someone with the disease won’t get sick (and won’t spread the disease any further). In this way, the spread of infectious diseases is kept under control. Depending how contagious an infection is, usually 70% to 90% of a population needs immunity to achieve herd immunity.

How have we achieved herd immunity for other infectious diseases?

Measles, mumps, polio, and chickenpox are examples of infectious diseases that were once very common but are now rare in the U.S. because vaccines helped to establish herd immunity. We sometimes see outbreaks of vaccine-preventable diseases in communities with lower vaccine coverage because they don’t have herd protection. (The 2019 measles outbreak at Disneyland is an example.)

For infections without a vaccine, even if many adults have developed immunity because of prior infection, the disease can still circulate among children and can still infect those with weakened immune systems. This was seen for many of the aforementioned diseases before vaccines were developed.

Other viruses (like the flu) mutate over time, so antibodies from a previous infection provide protection for only a short period of time. For the flu, this is less than a year. If SARS-CoV-2, the virus that causes COVID-19, is like other coronaviruses that currently infect humans, we can expect that people who get infected will be immune for months to years, but probably not their entire lives.

What will it take to achieve herd immunity with SARS-CoV-2?

As with any other infection, there are two ways to achieve herd immunity: A large proportion of the population either gets infected or gets a protective vaccine. Based on early estimates of this virus’s infectiousness, we will likely need at least 70% of the population to be immune to have herd protection.

Why is getting infected with SARS-CoV-2 to “get it over with” not a good idea?

With some other diseases, such as chickenpox before the varicella vaccine was developed, people sometimes exposed themselves intentionally as a way of achieving immunity. For less severe diseases, this approach might be reasonable. But the situation for SARS-CoV-2 is very different: COVID-19 carries a much higher risk of severe disease and even death.

The death rate for COVID-19 is unknown, but current data suggest it is 10 times higher than for the flu. It’s higher still among vulnerable groups like the elderly and people with weakened immune systems. Even if the same number of people ultimately get infected with SARS-CoV-2, it’s best to space those infections over time to avoid overwhelming our doctors and hospitals. Quicker is not always better, as we have seen in previous epidemics with high mortality rates, such as the 1918 Flu pandemic.

What should we expect in the coming months?

Scientists are working furiously to develop an effective vaccine. In the meantime, as most of the population remains uninfected with SARS-CoV-2, some measures will be required to prevent explosive outbreaks like those we’ve seen in places like New York City.

The physical distancing measures needed may vary over time and will not always need to be as strict as our current shelter-in-place laws. But unless we want hundreds of millions of Americans to get infected with SARS-CoV-2 (what it would take to establish herd immunity in this country), life is not likely to be completely “normal” again until a vaccine can be developed and widely distributed.