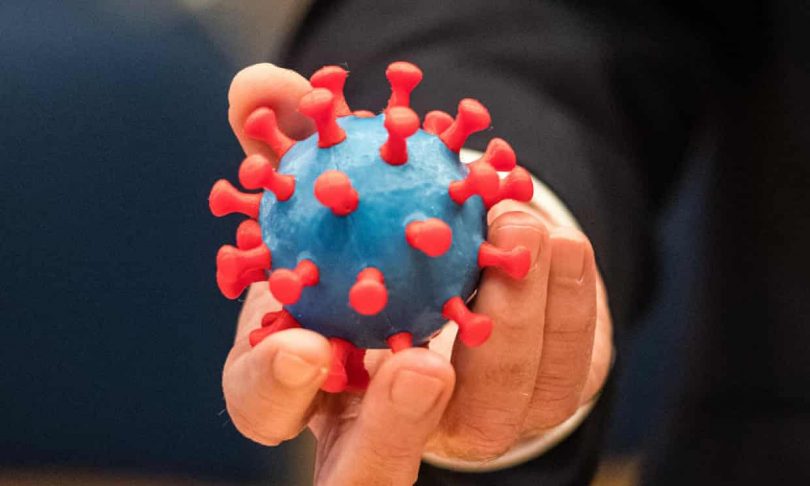 What do we know about the way coronavirus is evolving?

As the coronavirus spreads around the world, there are concerns that it will mutate into a form that is more transmissible, more dangerous or both, potentially making the global health crisis even worse. What do we know about the way the virus is evolving?

Is the virus mutating?

All viruses mutate and the Sars-Cov-2 coronavirus that causes Covid-19 is no exception. Mutations arise when the virus replicates inside cells and mistakes are made in copying its genetic code. Unlike humans, whose genes are written in double-stranded DNA, the coronavirus genes are carried on single-stranded RNA.

How fast is the virus mutating?

The coronavirus is actually quite stable. Scientists have analysed about 13,000 samples in Britain since mid-March and found that new mutations appear roughly twice a month. The rate of mutations is important because the faster a virus mutates, the quicker it changes behaviour. A fast-evolving virus can be harder to make a vaccine against because by the time it has been developed, the parts of the virus the immune system attacks might have changed. Seasonal influenza mutates so rapidly we need a different vaccine each year.

How does coronavirus vary around the world?

The genetic code from coronaviruses around the globe show that it splits into groups as it spreads. There is nothing unusual about this. Researchers in Germany identified three main genetic groups of the virus in April, which they named A, B and C. Groups A and C are mostly found in Europeans and Americans, while group B is most common in East Asia. But there are smaller groups too, which scientists can use to trace infections back to their sources, and ultimately back to a region such as Wuhan or northern Italy.

Why do mutations matter?

What mutations has the virus picked up?

A number of mutations have caught scientists’ attention. Researchers at the London School of Hygiene and Tropical Medicine studied more than 5,000 coronavirus genomes from around the world and discovered several mutations that may be evidence of the virus adapting to humans. Two mutations are in the critical “spike” protein that the virus uses to invade cells.

The spike mutations are rare at the moment, but Martin Hibberd, a professor of emerging infectious diseases and a senior author on the study, which has yet to be peer-reviewed, said their emergence highlighted the need for global surveillance of the virus. That will reveal whether the new mutations help it to spread and whether vaccines may need to be redesigned.

In another preliminary study, scientists at Sheffield University and Los Alamos National Laboratory in New Mexico found similar mutations in the spike protein which the authors claim may help the infection to spread. While that is possible, other scientists believe it is too early to know whether any of the mutations are helping the virus thrive.

Prof Nick Loman at the University of Birmingham said that all coronaviruses are very similar and that viruses with particular mutations can rise up in different areas for a range of reasons. A major factor is which virus gains a foothold first, the so-called founder effect, which may come down to one person’s travel plans rather than any adaptation of the virus. “From the point of view of people who are understandably concerned about this pandemic, I’m sure it will not matter which mutations the virus has. It’s not a good virus either way,” he said. “We look to see if any of the mutations change behaviour and we don’t have any evidence for that.”

What else can mutations tell us?

As scientists learn more about the genetic makeup of coronaviruses, they will be able to use the information to trace an individual’s infection to nearby clusters and ultimately back to its origin. That can be useful for tracing outbreaks and spotting newly imported infections. But intense monitoring will also flag up how the virus mutates and acquires resistance to and drugs and vaccines that are used in the future. “As those become available, we would expect to see functional mutations just like with see with antibiotic resistance in bacteria,” Loman said.