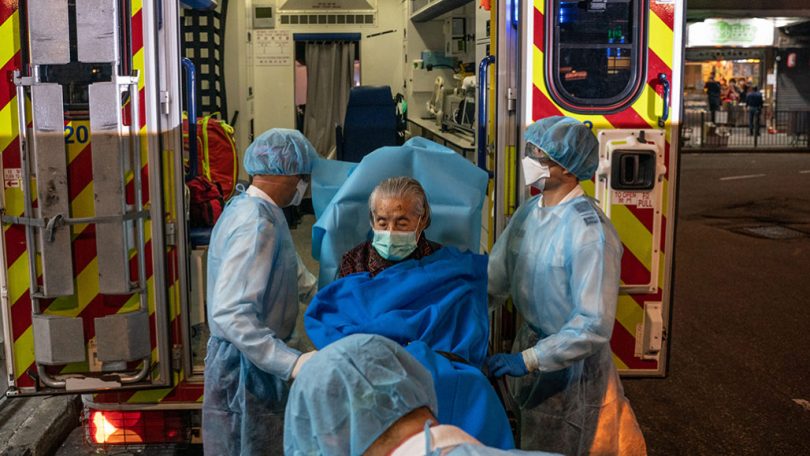 A drug that boosts the immune system may help some people with COVID-19 fight off infections quickly, at least when taken in the early stages of the illness, a new study suggests.

People taking a drug cocktail containing one of the body’s natural immune chemicals called interferon beta 1b plus a combination HIV drug and an antiviral drug took seven days to recover from COVID-19. In comparison, it took people on only the HIV combo drug 12 days to get better, researchers report May 8 in the Lancet. Recovery included reduced shedding of virus, improvements in symptoms and discharge from the hospital.

In a previous study, the HIV combo lopinavir and ritonavir was not effective at combatting coronavirus infections in seriously ill people (SN: 3/19/20). In the new research, people who had COVID-19 symptoms for seven days or less recovered quickly, but the cocktail didn’t speed up recovery for those that had been sick longer, the researchers found.

The study took place in Hong Kong, where everyone diagnosed with COVID-19 was required to go to the hospital until they were virus-free for two days. All 127 people in the study had mild to moderate symptoms. None were critically ill and none died. (Hong Kong has recorded four COVID-19 deaths as of May 8.) As a result, the findings may not be applicable to more seriously ill patients.

But the results do underscore the need to treat the disease as soon as possible, says Warner Greene, a virologist at the Gladstone Institutes in San Francisco who was not involved in the work. “If you’re going to attack the virus, attack it early before it can get a really big foothold.”

Interferon beta 1b is one of the immune chemicals that the body produces to goad immune cells into fighting viruses. SARS-CoV-2, the coronavirus that causes COVID-19, contains genes that can hamper the interferon signal. Providing extra interferon beta 1b may counteract those tricks, keeping people from becoming seriously ill, Greene says.

Waiting to treat people until they’re seriously ill risks the virus replicating out of control and provoking the immune system into brewing up a storm of inflammatory chemicals that can damage organs and lung function so badly that patients can’t breathe without the help of a ventilator. “The cow’s really out of the barn, maybe off the farm by the time people get intubated,” Greene says. At that point, antivirals are mostly useless and adding interferon to the mix would probably make things worse.

But for people in the study who got injections of interferon early in the illness, levels of inflammation-causing immune chemicals went down as did the amount of virus in the people’s nasal passages, saliva and throats. Interferon beta 1b is used to help control some forms of multiple sclerosis, although exactly how the drug helps that disease isn’t yet understood.

Interferon’s antiviral properties are better known. The drug has shown some effectiveness against SARS and MERS in laboratory tests, and several clinical trials are testing various types of interferon, including beta 1b, against COVID-19.

While this study contained a comparison group, interferon’s effect wasn’t tested against a placebo. It also wasn’t “blinded.” That means that doctors, nurses and patients all knew which groups the patients were in, which may have influenced the outcome in some way. Larger, blinded trials comparing interferon beta 1b with placebos will probably be needed before it becomes commonly used, Greene says. And it probably won’t be administered alone.

“I’m almost certain that therapy will be a cocktail of agents, rather than a single agent,” he says. Combining interferon beta 1b with an antiviral such as remdesivir, which was recently shown to speed recovery from COVID-19 (SN: 4/29/20), and perhaps another drug that attacks the virus in a different way, he says, “could be lights out great.”

Having another drug besides remdesivir give positive results is “refreshing,” says Peter Chin-Hong, an infectious disease specialist at the University of California, San Francisco not involved in the study. “It may give people in the rest of the world hope for treating sick COVID patients.”