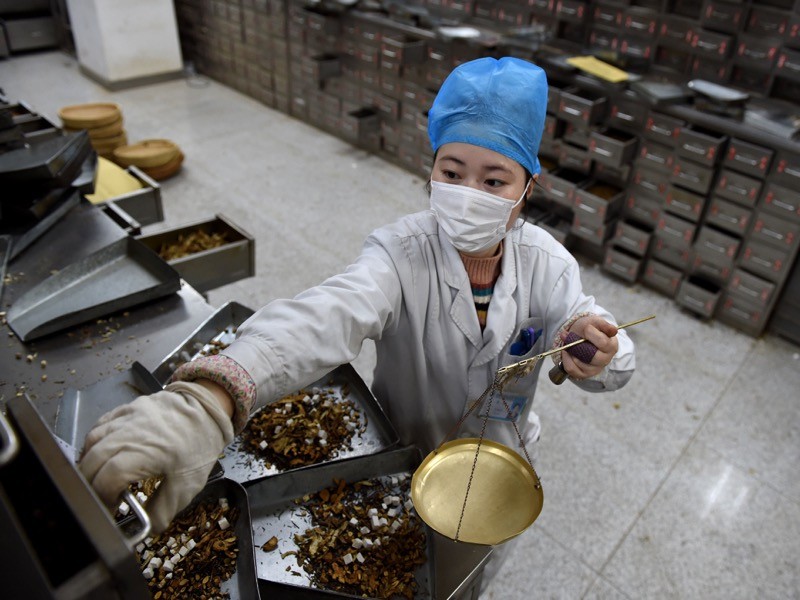 Scientists say rigorous trial data are needed to show that remedies are safe and effective.

The Chinese government is heavily promoting traditional medicines as treatments for COVID-19. The remedies, a major part of China’s health-care system, are even being sent to countries including Iran and Italy as international aid. But scientists outside China say it is dangerous to support therapies that have yet to be proved safe and effective.

There are currently no proven treatments for the deadly respiratory disease caused by the new coronavirus, although many countries are trialling existing and experimental drugs. So far, only one — the antiviral remdesivir — has been shown, in randomized control trials, to have some potential to speed up recovery.

In China, senior government officials and the state media are pushing a range of traditional Chinese medicine (TCM) as being effective at alleviating COVID-19 symptoms and reducing deaths from the disease. However, there are no rigorous trial data to demonstrate that the remedies work.

Although the efficacy of some TCM remedies for COVID-19 is being tested, some researchers say the trials have not been rigorously designed and are unlikely to produce reliable results. Government officials and TCM practitioners deem the remedies safe because some have been used for thousands of years, but significant side effects have been reported.

“We are dealing with a serious infection which requires effective treatments. For TCM, there is no good evidence, and therefore its use is not just unjustified, but dangerous,” says Edzard Ernst, a UK-based retired researcher into complementary medicines.

Other world leaders have promoted unproven treatments for COVID-19. US President Donald Trump has pushed the use of hydroxychloroquine, an antimalarial drug with significant potential side effects, whose effectiveness against COVID-19 is still being studied. And the president of Madagascar, Andry Rajoelina, has also claimed that a herbal drink can cure people of COVID-19.

But those leaders’ claims have been criticized by scientists in their countries. By contrast, in China, criticism of TCM is muted. The industry is worth billions of dollars per year, and receives aggressive government support.

TCM is based on theories about qi, said to be a vital energy that helps the body to maintain health. Zhang Boli, president of the Tianjin University of Traditional Chinese Medicine and a member of the national team leading China’s response to the coronavirus outbreak, said the severe cases could be attributed to a “noxious dampness,” which can cause qi to stagnate.

By March, TCM remedies constituted some of China’s health ministry’s recommended treatments for COVID-19, and included a couple of dozen pills, powders, injectable therapies and recipes to make herbal teas, known as decoctions.

According to Chinese state media, the State Administration of Traditional Chinese Medicine says three formulas and three medicines “have proved” effective treatments for the disease. The newspaper China Daily has reported that “comparative experiments” showed that a group of people with COVID-19 who took Jinhua Qinggan, herbal granules developed to combat H1N1 influenza in 2009, got better faster than those who did not take the capsules, and tested negative for the new virus more than two days sooner. No further details were provided. Another comparative study described in China Daily reported that injections of Xuebijing, a concoction of five herbal extracts which is supposed to “detoxify and remove blood stasis”, reduced the mortality rate of patients with severe illness by 8.8%, when combined with standard medicines.

Huang Luqi, a TCM practitioner and head of the China Academy of Chinese Medical Sciences in Beijing, says that starting in January, he led trials of another three TCM remedies to treat COVID-19, and found that they were safe and effective. On China’s clinical-trials website, the treatments are described simply as traditional Chinese medicine. According to the website, one remedy aims to treat COVID-19 symptoms, another to keep mild cases from becoming severe or critical, and a third to reduce the time taken for a patient to test negative for the virus. Huang did not respond to requests for more details, but says the results will be published soon.

Other scientists say there is no convincing evidence that these remedies are effective against COVID-19. Although the trials had control groups, practitioners and patients don’t seem to have been blinded to who was receiving the experimental treatment. Double-blind trials are the gold standard for assessing a treatment’s efficacy. “Unless evidence can be demonstrated, it is unethical to market TCM methods with claims of effects,” says Dan Larhammar, a cell biologist at Uppsala University in Sweden.

Something not necessarily better than nothing

People’s faith in complementary medicines is understandable given that there is no agreement about what works against COVID-19, says Paul Offit, an infectious-disease researcher at the Children’s Hospital of Philadelphia in Pennsylvania. But suggesting that people try alternative medicines could do harm, he says. “People think doing something is better than doing nothing. History tells us that’s not true.”

Several of the ‘decoctions’ promoted by the health ministry’s official COVID-19 treatment guidelines include a herb called ephedra, which contains the stimulant pseudoephedrine. Extracts of the herb containing this substance have been banned in the United States and several European countries after a string of deaths in the 1990s and 2000s among those who used it for dieting or energy enhancement.

Ernst says that without clear evidence that these treatments work and are safe, China shouldn’t be sending them to other countries.

“All parts of a package must be proven to work,” he says. Although TCM is a very important export item for China, promoting it during the pandemic “seems reckless and dangerous”, he says. China has also sent masks and other protective equipment and ventilators to many countries, including the United States, and contributed US$50 million to the World Health Organization (WHO) for its COVID-19 response.)

The WHO initially discouraged the use of traditional remedies to treat COVID-19. For the first months of the outbreak, they were listed on the agency’s website as “not effective against COVID-2019 and can be harmful”.

The guidance has since been updated and the warning removed. A WHO spokesperson, Tarik Jašarević, says the original statement “was too broad and did not take into account the fact that many people turn to traditional medicines to alleviate some of the milder symptoms of COVID-19”. Jašarević says the guidance stresses that there is no evidence that any current medicine — traditional or otherwise — can prevent or cure the disease, and that the WHO does not recommend self-medication with any substance as a prevention or cure for COVID-19.

Criticism of China’s own support for TCM treatments for COVID-19 is unlikely to gain a foothold inside the country. In late April, a doctor at a hospital in Hubei province was censured and demoted from his administrative positions after posting online that China’s recommendations on COVID-19 treatments, particularly TCM remedies, were not science-based. The doctor told Nature that he could not be interviewed on the topic.