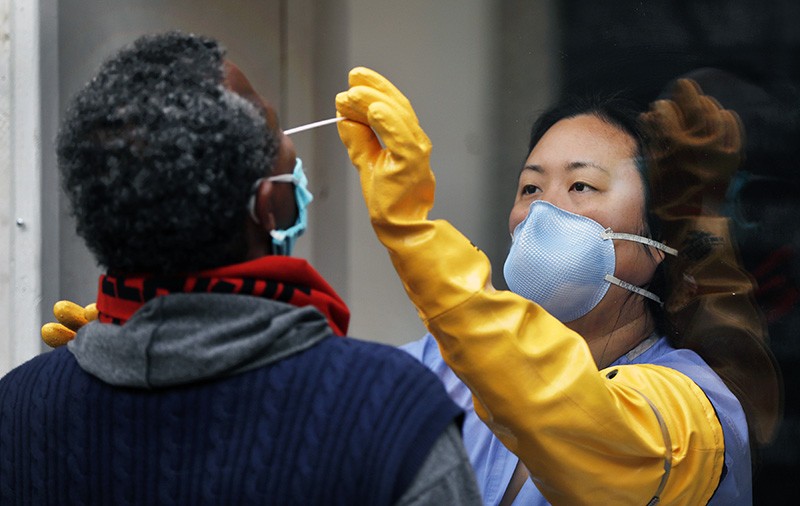 The kit has been granted approval under ‘emergency use’ provisions, and should help to ease testing backlogs in the country.

The US drug regulator has granted its first emergency-use approval for a new coronavirus test that takes advantage of the gene-editing technology CRISPR.

The US Food and Drug Administration’s (FDA) emergency-use authority allows it to make tests and drugs available faster than usual in a public-health emergency. The new diagnostic kit is based on an approach co-developed by CRISPR pioneer Feng Zhang at the Broad Institute of MIT and Harvard in Cambridge, Massachusetts. It will be used to test for the novel coronavirus behind the ongoing pandemic, SARS-CoV-2, in laboratories that are certified to provide clinical-test results.

Although the United States has ramped up testing in the past week — averaging nearly 250,000 tests per day, according to the non-profit organization The COVID Tracking Project — there are test shortages in some places. Widespread use of the new FDA-approved kit could help to alleviate backlogs and increase testing, says Mitchell O’Connell, a biochemist at the University of Rochester in New York, who was not involved in developing the test. But O’Connell cautions that it remains to be seen how well the test performs in real-world conditions, such as hospitals, compared with standard tests.

The CRISPR-based diagnostic kit has been developed by Sherlock Biosciences, a biotechnology company also based in Cambridge. It works by programming the CRISPR machinery, which has the ability to home in on certain genetic sequences, to detect a snippet of SARS-CoV-2 genetic material in a nose, mouth or throat swab, or in fluid from the lungs. If the virus’s genetic material is found, a CRISPR enzyme generates a fluorescent glow. The test can return results in about an hour, according to the company.

Researchers led by Zhang and bioengineer James Collins at MIT first described the basis of the test approach in 20171. A team composed of some of the same scientists showed that it could detect low levels of Zika and Dengue virus in 20182.

Other labs are also developing SARS-CoV-2 diagnostic tests based on CRISPR. Last month, researchers in San Francisco, California, published details of an assay that could return results in about 40 minutes3. A similar approach has been reported in a preprint by scientists in Argentina and in California4.

The chief executive of Sherlock Bioscience, Rahul Dhanda, says that the company is now working to create a single cartridge that would not need to be processed in a laboratory and could be used at home. But such a test would need additional validations and another FDA authorization, Dhanda says.

Since early April, the agency has issued emergency-use authorizations for more than 60 SARS-CoV-2 diagnostic tests. None of these tests have received clearance to be used and processed entirely at home.