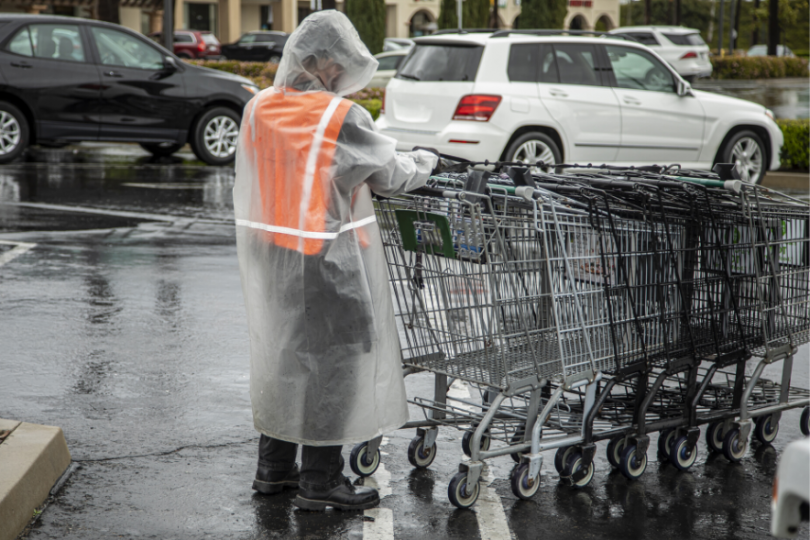 More than 80 journalists from across the United States attended a virtual media briefing last week to learn about how the coronavirus pandemic is affecting the country’s most vulnerable populations.

During the online session, four researchers presented the latest data showing COVID-19’s disproportionate impact on racial minorities, homeless people, incarcerated populations and rural communities. The panelists also discussed interventions needed to protect those at highest risk of both becoming infected and dying from the disease.

The May 4 briefing was hosted by SciLine, a free service, based at the American Association for the Advancement of Science, that helps reporters incorporate research-based evidence into their stories.

“COVID-19 is showing us — and this briefing was able to bring to light — that we all may be in this together, but we’re not all in this equally,” said Rick Weiss, SciLine’s director. “It’s just a really important opportunity for science to reveal some deep societal issues that have gone unaddressed for a long time and that science can help address.”

Sharrelle Barber, a public health researcher at Drexel University who studies the role of structural racism in shaping health inequalities, presented mortality rates from Washington, D.C., and the 38 states that release figures by race. According to an APM Research Lab report including data through April 30, black Americans are dying from COVID-19 at a rate 2.6 times higher than that of white Americans, 2.4 times higher than that of Asian Americans and 2.3 times higher than that of Latino Americans. In Kansas and Wisconsin, the states with the most pronounced disparities, black residents are approximately seven times more likely to die from the disease than white residents.

Nationwide, black Americans account for 13% of the population but 27% of COVID-19 deaths. Barber noted that low-wage essential workers, many of whom are black, are more exposed to the virus than people working from home — often with inadequate protective equipment provided by employers — and less likely to receive paid sick leave and hazard pay. Black Americans are also more likely to be uninsured and often experience discrimination within the health care system.

“As a social epidemiologist, part of my job description is to count deaths,” Barber said. “It has been painful to witness the disproportionate deaths among blacks and other marginalized racial groups that are the direct result of structural racism.”

Though fully addressing this discrepancy will require a long-term, systemic overhaul, minority communities would benefit from immediate changes, including expanded access to testing and treatment and increased support of essential workers in the form of protective gear and financial relief, Barber said.

Homeless encampments and shelters also have an urgent need for routine testing, said Dr. Margot Kushel, professor of medicine at the University of California San Francisco and director of the UCSF Benioff Homelessness and Housing Initiative. In unsheltered settings, people experiencing homelessness tend to sleep close to each other and share personal items, including eating utensils and soap. Meanwhile, shelters are often overcrowded and provide communal meals, bedrooms and bathrooms.

“These create a tinder box for the spread of disease,” Kushel said. “There is no way to shelter in place when you don’t have housing.”

Due to this proximity, shelter outbreaks across the country have shown unusually high infection rates. In one San Francisco facility, 66% of residents and 16% of staff members, many of whom are low-income, minority workers, tested positive for SARS-CoV-2, the virus that causes COVID-19, according to a report from the Centers for Disease Control and Prevention. Additionally, once infected, people experiencing homelessness are more likely than the general population to suffer a severe course of the disease, because they tend to be older and have more underlying health conditions, such as chronic lung disease, diabetes and HIV.

The most effective way to combat the virus’s spread through homeless communities is to move people into single-occupancy hotel rooms or dormitories with private bathrooms, Kushel said. In early April, California began the nation’s first statewide initiative, Project Roomkey, with support from the Federal Emergency Management Agency.

“We can’t afford to leave anyone out of our containment measures,” Kushel said. “I often say, and I will repeat today, that there is no medicine as powerful as housing.”

Like many homeless shelters, a large number of U.S. prisons are profoundly overcrowded, making social distancing virtually impossible, said Dr. Brie Williams, professor of medicine at UCSF and founding director of Amend at UCSF, a program that trains policymakers and correctional officers on how to reduce the negative health effects of prisons and jails. Even with inadequate testing, eight of the country’s 10 largest outbreaks thus far have been in prisons and jails, according to data compiled by The New York Times.

In her research, Williams has heard troubling end-of-life stories from the families of inmates. One woman reported that she was not allowed to speak with her father on the phone as his organs were failing.

In addition to rapidly increasing testing, including of asymptomatic residents and staff, states should begin releasing people from correctional facilities operating near, at or above bed capacity and grouping remaining inmates into socially distanced cohorts of 10 or fewer people, Williams said. Facilities should also adhere to minimum guidelines for ethical care by giving prisoners the right to name a proxy and the right to say goodbye to loved ones, she said.

“The health of absolutely all of us is interconnected, especially during a pandemic,” Williams said. “Correctional health is public health.”

When prisoners become sick with COVID-19, they are transferred to community-based hospitals. As most of the country’s more than 5,000 correctional facilities are located in rural communities, this can strain the resources of rural hospitals that are already less likely than their urban counterparts to have intensive-care beds or ventilators available, said Carrie Henning-Smith, deputy director of the University of Minnesota Rural Health Research Center.

While the virus hit cities first, and metropolitan areas still have more cases per capita than rural areas, a recent Kaiser Family Foundation report showed that the worst may be yet to come for rural communities. Between April 13 and April 27, rural counties experienced a 125% increase in COVID-19 cases, compared to a 68% increase in metropolitan counties, Henning-Smith noted.

The May 4 session was SciLine’s fifth media briefing related to the coronavirus. Other recent panels focused on social isolation and mental health, as well as immunity and contact tracing. Nearly 400 unique reporters from 44 states have attended SciLine’s coronavirus-related briefings, with most coming from local outlets. Topics under consideration for future sessions include vaccine development, predictive modeling, and the economic impacts of the pandemic.

In addition to hosting media briefings and publishing fact sheets, SciLine responds to requests from reporters who would like to be connected with an expert source on deadline. This service is receiving about three times as many queries as it did before the pandemic.

“Demand has never been higher for everything that SciLine does because suddenly every journalist in the country, no matter what they thought their beat was, they’re now health and science reporters,” said Weiss, the SciLine director. “It’s a good feeling that we are able to help so many reporters who are scrambling to stay on top of this story.”