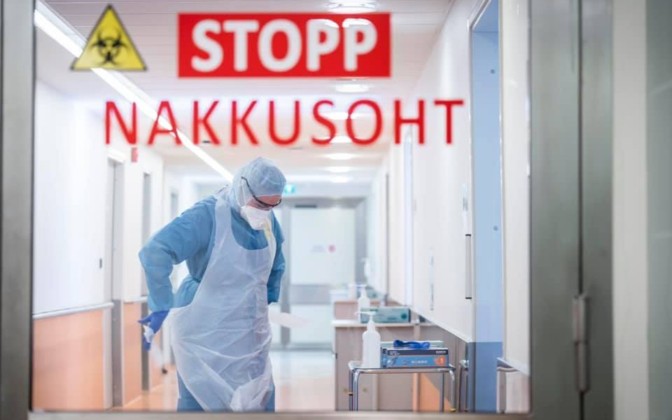 There is no widespread presence of COVID-19 in Estonia, according to recent research by the University of Tartu. The university has been conducting random tests, and on the basis of these so far projects around 1,400 COVID-19 positive individuals in the country at present. The tests are to recur in the coming weeks and will help the government further formulate its coronavirus strategy.

The University of Tartu study tested and interviewed 2,007 residents nationwide on a random basis over the course of a week. A total of three of these, or 0.2 percent, returned COVID-19 positive.

Up to now, testing had generally been conducted at official points for at-risk persons, eg. those exhibiting symptoms.

The percentage of positive returns from those tested by the Health Board (Terviseamet) since the end of January currently stands at around 3.1 percent.

Of the three positive cases detected by the University of Tartu, two had mild symptoms and one was symptomless. One had also been already diagnosed with the coronavirus prior to the university’s study.

All three cases have been added into the official national statistics.

The university drew the conclusion that the virus has been effectively contained in Estonia, meaning the gradual lifting of restrictions being pursued by the government was not premature.

“The results of the study provide assurance that the infection rate in Estonia is low at the moment, and the easing of restrictions is justified,” said Professor Ruth Kalda from the university.

At the same time, this did not mean that longer study was not needed nor that preparations for a potential second wave were redundant.

“We are planning the next stages of our study, so that we can assess the impact of easing over a longer period of time. It is important in that we can then detect the second wave of the outbreak as early as possible,” Professor Kalda continued.

Prime Minister Jüri Ratas (Center) noted that the study provides a better opportunity to observe the spread of the virus throughout the country, and to monitor the impact of easing restrictions in the coming weeks and months.

“As the virus is highly contagious, monitoring its spread is key to easing all restrictions and taking precautions,” Ratas said.

The university’s researchers are to conduct eight such waves, which will survey 16,000-20,000 people (a little over 1 percent of the population) and test them.

Summaries are to be provided to the government on a weekly basis to help it evaluate and alter its emergency measures where needed.

Both symptomatic and asymptomatic individuals will be determined. Participation in the survey is voluntary and individuals have the right to refuse to partake or to answer any questions/submit to a test, at any time.