This is part of our Coronavirus Update series in which Harvard specialists in epidemiology, infectious disease, economics, politics, and other disciplines offer insights into what the latest developments in the COVID-19 outbreak may bring.

When the Hualapai tribe imposed a stay-at-home order and closed its Skywalk, the horseshoe-shaped, glass-bottomed walkway that extends over the south rim of the Grand Canyon, last month, it gave its members an added layer of protection against the raging coronavirus.

But it also deprived them of their primary source of revenue. In a Catch-22, by following the government’s health recommendations, the Hualapai denied themselves the ability to fund government-mandated services on its lands.

For Native Americans, who, like other minority groups and those in lower-income communities, have been disproportionately affected by COVID-19, it’s a double whammy, said adjunct lecturer Eric Henson, who teaches the field research class “Native Americans in the 21st Century: Nation Building II.”

Over the past few decades, Native American nations have increasingly  taken on greater responsibility for providing a wide range of governmental services on their lands; in many instances the same services that state and local governments offer their citizens. Unlike state and local governments, however, the tribes cannot collect adequate taxes to pay for these operations, making them dependent on income from casinos and other enterprises to pay for law enforcement, public safety, and social services.

With tribal businesses halted and their services in peril, the economic impact of COVID-19 on Native American communities could be devastating, said Joseph Kalt, the Ford Foundation Professor of International Political Economy Emeritus at Harvard Kennedy School.

“There is not a single Indian casino in the United States open today, and all tribal businesses are closed,” Kalt, co-director of the Harvard Project on American Indian Economic Development at the Kennedy School’s Ash Center for Democratic Governance and Innovation, said during a Zoom meeting from Tucson, Ariz.

“Native American tribes’ tax base have been cut literally to zero, and tribal governments don’t have money to run the health clinic or child protection services,” Kalt said. “While state and local governments are also in trouble, at least they have a tax base, but tribes are really struggling because their tax base has been wiped out.” 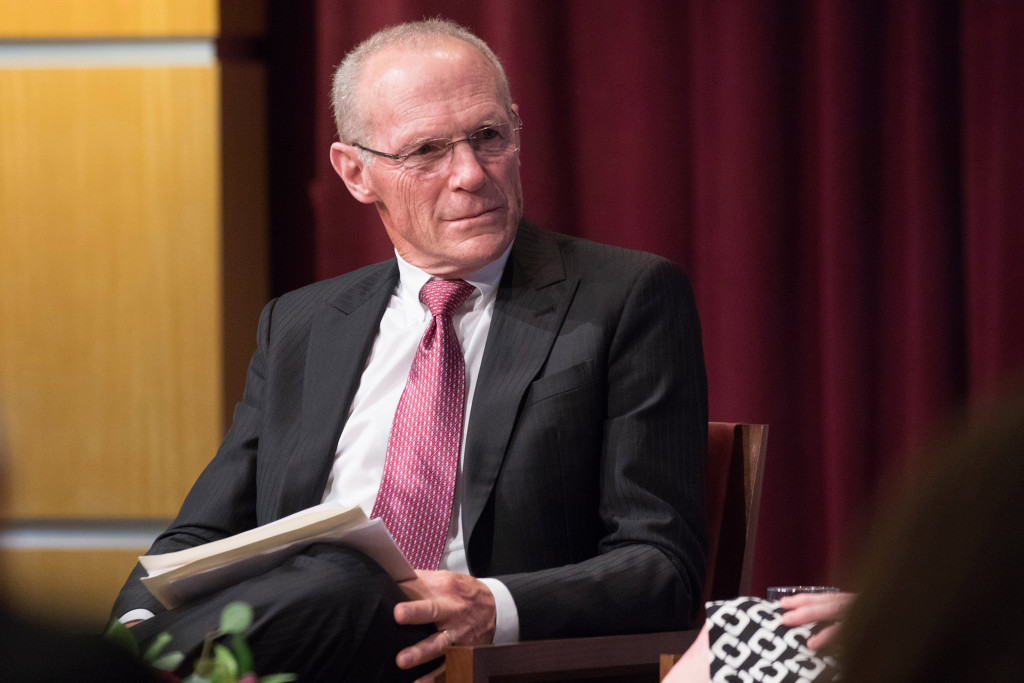 The economic impact does not stop with the tribes, as many states and regions benefit from the jobs and tax revenues brought in by their casinos and other operations. In 2019, tribal gaming enterprises alone generated $17.7 billion in taxes to federal, state, and local governments. Of the 574 federally recognized tribes, a little more than 40 percent, or 245, operate casinos. And before COVID-19, tribal businesses and governments supported 1.1 million jobs, 915,000 of them held by non-Native Americans. In some regions, tribal enterprises have been the economic anchors and dominant employers.

On April 10, Kalt and three research colleagues wrote a memo to Treasury secretary Steve Mnuchin explaining the economic effects the pandemic was having on Native American communities, and urging him to extend federal help quickly. Under the $2 trillion Coronavirus, Aid, Relief, and Economic Security (CARES) Act, tribal governments are set to receive $8 billion to respond to the public health crisis. Tribes have imposed stay-at-home orders, curfews, and checkpoints to prevent the virus from spreading, and have distributed posters and materials about COVID-19 produced by the John Hopkins Center for American Indian Health.

According to Indian Health Services, there are more than 3,607 confirmed cases of the coronavirus among Native American tribes, with more than 2,000 of them on the Navajo reservation, which stretches across parts of Arizona, New Mexico, and Utah and is home to 250,000 people. As of April 30, the Navajo nation had the third-highest per capita rate of COVID-19 in the country, after New Jersey and New York. Worsening the situation, Native Americans appear to have a higher risk of serious complications because they are likelier to suffer from diabetes, heart disease, and other conditions.

At the Kennedy School, students in a field research class focusing on projects to improve the lives of Native Americans are getting a close look at the impact the pandemic is having on Native communities. Students who normally spend spring break working with tribal organizations on the ground are now meeting with tribal leaders via Zoom. Often those leaders must step out of the sessions to talk to Federal Emergency Management Agency officials, or join sessions while delivering food or guarding checkpoints.

“If I weren’t taking this class, perhaps because these issues are being under-covered by the media, I wouldn’t be aware of how much Native American populations are suffering because of the virus,” said Sietse Goffard ’15, who is pursuing a master’s in public policy at the Kennedy School. “Now I reflect about these issues a lot more, and I think how the federal government, state governments, and tribal governments can work together to address the crisis.”

After a long period of economic stagnation, Native American tribes have seen their fortunes rise over the past four decades thanks to casinos, resort tourism, and consulting enterprises. But widespread poverty persists. The median income for a Native household in the U.S. is about $39,700, nearly a third less than the $57,600 for American households overall.

“For Native Americans’ economies, the glass is only half-full, but it has been filling,” said Kalt, who worries that the current public health crisis will reverse all the progress made in recent years.

Henson, who co-wrote the memo to Mnuchin with Kalt and Professor Randall K.Q. Akee of the University of California, Los Angeles, and Miriam R. Jorgensen, research director of the Harvard Project on American Indian Economic Development, shares the concern over the havoc the virus is wreaking on Native economies. But he finds reasons for hope in the past.

“Throughout their history, tribes have faced numerous and dark challenges, and they have always managed to overcome,” said Henson, a member of the Chickasaw Nation. “Tribes are wrapping their arms about every single aspect of what makes a community a community, and they are trying to make it better for their children, their elders, and their unborn children to come. It’s been a story of resilience and perseverance.”